Here you’ll find the recent questions I’ve posed to provoke some kind of intellectual response out of my readers. Ponder these questions well, my friend, and you may discover a new world of limitless possibility. Or, conversely, you may confirm my fascination with the comedy inherent in chimp culture. Either way, it’s a win-win situation.

2.14.10
Q: What’re the pro’s and con’s of chimps supplanting humans as the de facto judges of those Olympic events that require them?

11.29.09
Q: What are you looking forward to this winter?
It’s been far too long since I’ve updated the QotW, so I’ll reward your loyalty with some bonus answers.
A#1: Sledding down the dirtsnow pile at the Wilson Farms parking lot in March.
submitted by: Andy

A#2: Thanks with a view poem, I entirely much liked your newest post. I muse on you should delivery more time, you evidently secure unaffected facility appropriate for blogging! www.jeff-fischer.net – go to my favorites!!!
submitted by: nagnerfeveado

A#3: I enjoy chestnuts roasting on an open fire next to a big poo.
submitted by: “Big Poo” (I have a feeling “Big Poo” lives in the western states.)

A#4: Margaret Thatcher
submitted by: T.

and my personal favorite:
A#5: I really like your blog and i respect your work. I’ll be a frequent visitor.
submitted by: generic cialis india

11.22.09
Q: Bears playing hockey. What sport would you like to see animals take on next?
A: Mafia Wars
submitted by: T
Editor: Even bears have become addicted to the out-of-control Facebook sensation.

11.15.09
Q: Describe the level of excitement you feel now that the Question of the Week hath returned. Just pretend this is a question.
A: I kind of liked the old page. It was a good, very good page. It did what you would expect from a page…. what a page would be like.
submitted by: Dick Jauron

8.10.08
Q: What sport do the Olympic organizers need to seriously consider adding to the next round of Games? (I’m voting for Live Bear Fighting.)
A: Lots of good entries, folks; well done. However, about 40% of them are unpublishable due to existing Wayward Cynic™ indecency statutes. Here’s a few I particularly enjoyed: 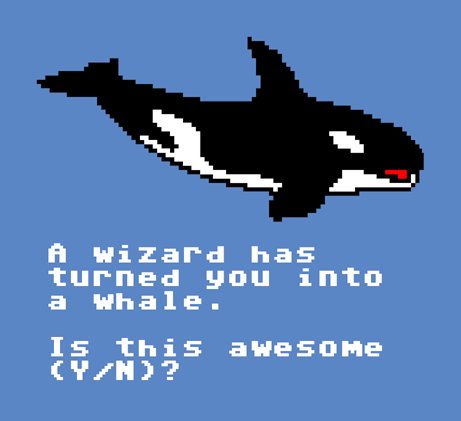 A: I think my favorite answer was “Roseanne and Dan Conner.” but I’m gonna have to give it to, “Y”
special thanks to Snake Attack Soroka for the visual aid

7.6.08
Q: I may have used this before, but there’s no accounting for integrity here: what would you name your band were you to start one?
A: Band Name: The Burned Out Neutrals. First Single: Sandpaper Condom

6.1.08
Q: Alright, so bears have taken over the Earth and turned the remaining humans into slaves that work huge salmon farms to feed the bears. You are the one man or woman who might be able to lead a revolution that will someday return the human race to power. Just when you’re about to make your first move in what was sure to be a decades-spanning crusade, you’re tragically mauled to death by a bear. What would the bear say you taste like?
A: Well done this “week,” folks. Lots of good answers, many of which I thought about posting, but these three I found particularly worthy:
Failure
and
Your mom
and
The bear would say I taste like “Rawr rrr rarr grrrrawrrr rawrr grawrrr rwrrawr.” Because they don’t speak English. Just because they can type doesn’t mean they can speak. Does it?

4.13.08
Q: In the history of civilization, can you come up with an idea worse than having the Buffalo Bills play the Miami Dolphins in Toronto?
A: George Custer going to Montana? I don’t know I’m just saying!