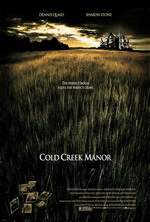 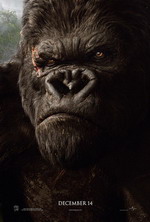 Alright, I was going to go on hiatus until after the new year, but I’ve come upon two items that are too good not to make everyone aware of.

The first has to do with Saturday Night Live, which has been on the decline since Will Ferrell left, seemingly along with all of the show’s good writers. So, color me surprised when I saw what is likely one of the ten best bits in SNL history this past week (Jack Black had the hosting duties). I give you: Lazy Sunday.

Second, Mel Gibson seemingly lost his mind a short while ago, after traveling down to South America to shoot his new Mayan/Aztec/Putanjabi epic, Apocalypto. I offer the following as evidence of his insanity:

Regardless, the trailer for said film has just been released and it looks pretty decent. You can check it out here. Now, about 1:45 into the trailer, a bombshell is dropped as Saddam Hussein is revealed as having a cameo appearance in the film. I sh*t you not. I have no idea how he got time off from his trial, but I’m guessing he threw that hissy fit a while back because, dammit, he had a scene to do and he’s a dedicated professional. Watch the trailer first, and then–ONLY THEN–click here.

Merry Christmas, and baba booey to all of you.

If you’re a Jack Black fan and want to see him at the pinnacle of his powers (which include the ability to kill a yak from a hundred yards away…with MIND BULLETS!), look no further than School of Rock. I think Black is in just about every scene, and he dominates the movie, as he should. He sings/dances/plays guitar a dozen or so times in the movie, and each could easily find a place on a Tenacious D album. School of Rock is hilarious, and actually has some decent music in it, as well as a decent story (but the story is far from important here). There’s something for everyone, young or old. Absolutely worth your time, whether you’re familiar with Black or not, but fans of him will be happier than a pig in shit. Yeehaw!

One of the most popular books of the last few years, The da Vinci Code is nearly upon us in film form. The trailer just debuted a day or two ago, and it looks damn good. Much like the trailer for A.I.: Artificial Intelligence way back in the day (I think there’s a log entry back in my archives somewhere), there may be some hidden codes within the trailer itself, though they seem relatively banal.

You can check out the trailer here: http://www.sodarktheconofman.com/ 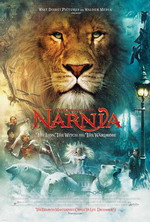 My opinion on this movie may suffer because I haven’t read the C.S. Lewis series of books, but it seems to be a kind of mess of a movie, though it still manages to entertain. Narnia starts off well in World War II-era London, quickly moves to an estate in the country (where the titular Wardrobe is found). Once it gets to Narnia, the movie tends to bog down a bit, focusing a bit too much on the scenery instead of developing the characters. As the story moves onward, events get pressed together, actions don’t make a lot of sense, and there’s never any real emotional attachment to our heroes. There’s no real emotional payoff at the movie’s conclusion, because I wasn’t really invested in the characters. Narnia will suffer in its inevitable comparison to the Lord of the Rings films, but despite all that, I think it’s still worth seeing.

The CGI is, for the most part, very good; and the action sequences are well done. The scenery is quite good as well, and I think readers of the novels will find it pretty much faithful to its source material. Kids will most likely find this more entertaining than an adult audience, but it’s worth a matinee at least, for everyone else. 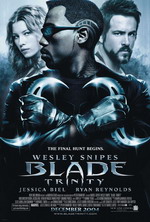 What a pile of garbage this “movie” is. What started as a promising franchise somehow lost all creative steam in the hands of director/screenwriter David Goyer and ended up as a shell of itself in Blade Trinity. I can’t find the motivation to write too much on this, so I’ll just suggest you stay away from this movie at all costs. Horrible acting, horrible plot, horrible dialogue, horrible direction, horrible music, etc, etc, etc. Every choice that was made in the making of this film was the wrong one, from the director on down. A waste of celluloid. Somehow–do not ask me why–this movie is on my DVD shelf. I think I’m going to take it to my roof later, then set it on fire, crap on it, and then throw it off the building. Maybe crap first, then set it on fire. You get the idea.

a. A minor or major penalty, at the discretion of the Referee, based upon the degree of violence of the impact with the boards, shall be imposed on any player who checks an opponent in such a manner that causes the opponent to be thrown violently in the boards.
(NOTE) Any unnecessary contact with a player playing the puck on an obvious “icing” or “off-side” play which results in that player being knocked into the boards is “boarding” and must be penalized as such. In other instances where there is no contact with the boards, it should be treated as “charging”.

b. When a major penalty is imposed under this Rule for a foul resulting in an injury to the face or head of an opponent, a game misconduct shall be imposed.

c. Any player who incurs a total of two (2) game misconducts for Boarding under Rule 44 (b), in either Regular Season or Playoffs, shall be suspended automatically for the next game of his Team. For each subsequent game misconduct penalty the automatic suspension shall be increased by one game.

d. When a major penalty is imposed under this Rule, an automatic fine of one hundred dollars ($100) shall be imposed.

Went to the Sabres/Mighty Ducks game this past Thursday night. It was disappointing to see a rather sparse crowd (around 12,000) in light of the team being one of the best in the league. No matter, as Jones and I had a good time seeing the Sabres win in overtime. We’re now 10-1-1 in “our” last 12 games. Booyah! I highly recommend the beef on weck in the Harbour Club restaurant, with a smattering of horseradish (be careful, though, I think I blew out my sinuses, if that’s possible). After the game, we stood behind the cameras and watched a bit of the postgame show being filmed live, with Kevin Sylvester, Rob Ray and Mike Robitaille. I think Rob Ray kept staring me down when he saw the blue-and-gold Lafontaine jersey I was wearing. I nearly yelled out “let’s drop the gloves!” but thought better of it. Our last brush with celebrity occurred on the way into the parking garage, as we ran into Sabres’ great Danny Gare. Good capper to the night. 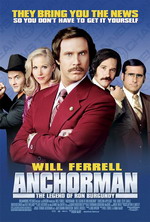 Will Ferrell stars as the title character set in a San Diego local news outfit. This is one of those movies you have to stop and watch when you’re surfing through the 806 channels on your satellite dish. It doesn’t matter at what point the movie’s at, I end up watching the rest of it all the way through. Who can forget such all-time great quotes like “It smells like a turd covered in burnt hair!” and “…the city of San Diego, which of course in German means ‘a whale’s vagina,'” and likely Will Ferrell’s finest film performance to date equates to a movie not to be missed. The supporting cast is also fantastic, most notably Steve Carell as an idiot weatherman (“Yeah, I stabbed a man in the heart.”). It’s on 8 times a day on cable, so go find it and watch.