The concept of rejected prophets is one we can relate to the story of Jacob and Esau (in terms of Lost, if not their Biblical counterparts). Both of them could be regarded as such, telling the castaways what shall/can come to pass if they follow one or the other. Perhaps more applicable, however, is placing Richard in the role of Elijah, serving as mouthpiece for Jacob (the Island’s god) over the many decades. 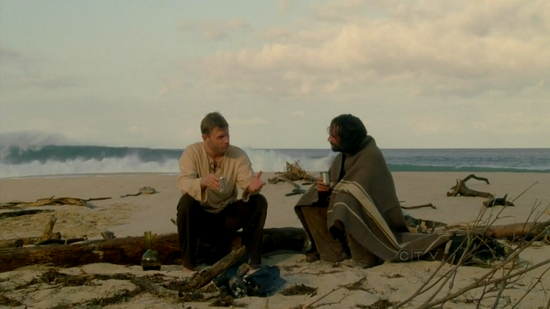 And while I don’t expect him to start raining fire down from the skies, Richard has a role yet to play if Ilana is correct and he knows what to do next in the present day. And whatever happens next, I’m guessing his role is to help bring about the coming of the Messiah-of-sorts that will ultimately save them all and the Island: Jacob’s replacement.

(Random tangent: I think I’d be entirely pleased if the final shot of the series echoed the one below, with Jack and Locke substituted for Jacob and Esau.) 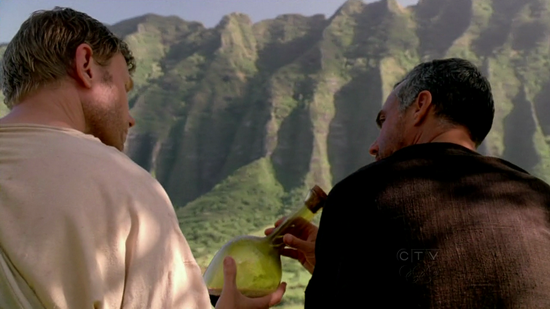 I won’t rehash the rest of Ricardo’s story in detail; suffice it to say he meets up with both Esau and Jacob at different points and ultimately makes the choice to align himself with the latter. As for what that ultimately means in terms of the white and black-wearing pair of nemeses and their true natures, we don’t get too much more to help us figure it out. Jacob still appears to be the good guy; Esau the bad (although he does come across as sort of the fun-loving, “cool” uncle, doesn’t he?).

As far as the vague analogies I alluded to earlier, Jacob gives us another for the Island vis a vis his bottle of wine. The wine itself represents hell (or “malevolence,” or “evil,” or “darkness”), and the cork is the Island, preventing hell from escaping and enveloping the world as we know it. 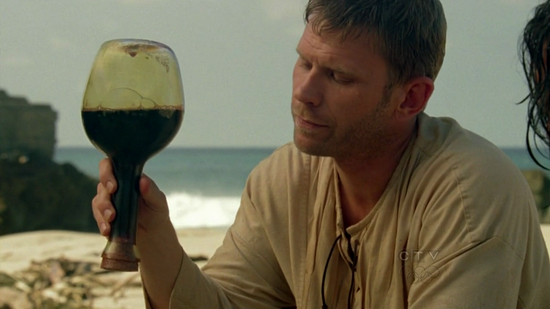 Carrying on with that logic, we assume Esau/Locke/Smokey is the devil, continuing his attempts to prove man is corruptible because it is in their nature to sin. 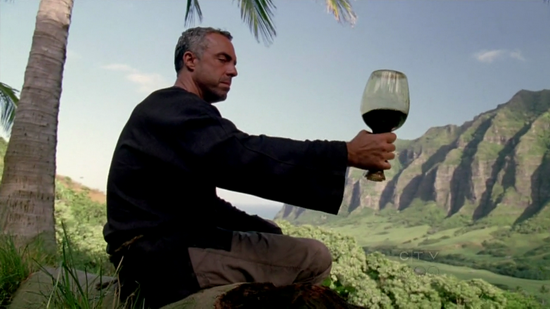 His desire to get off the Island then is a metaphor for loosing hell and eternal damnation upon the world. So, while the Island itself isn’t hell, as Richard starts off the episode thinking, it’s not far off.

I’d love to attempt to ground some of this in reality and correlate it with the pockets of electromagnetic energy on the Island, with the Dharma Initiative, with all the other ephemeral events we’ve witnessed in six seasons of Lost, but I’m content for this week to accept the metaphorical nature of the description Jacob’s given us.