My sports attention span as of late has been focused almost exclusively on the Buffalo Sabres, but I’m going to try to keep my hockey thoughts to a minimum after jinxing them with my “Sabres in 5” prediction of a week ago. As the NFL Draft took place over this weekend, and the Buffalo Bills are a member of said NFL, I suppose I should offer a few quick thoughts.

The Bills picking Ohio State safety Donte Whitner with the 8th overall pick of the first round will bolster a secondary that’s lost Antoine Winfield and Lawyer Milloy over the last few seasons, and that will undoubtedly lose CB Nate Clements next offseason as well. A lot of so-called draft “experts” are calling Whitner a “reach” with the 8th pick, but who knows anything about these players? There is no way to predict how well a draftee is going to do until they actuall step out onto an NFL field and play for a few years. The fact that ESPN’s Mel Kiper Jr. sees the guy as a reach means what exactly? A guy with a ridiculous hair helmet who spends his nights hunched in front of a TV in a dark room, shoveling Cheetos into his face and taking notes on a defensive end’s swim move in passing situations on 3rd downs inside the 35 can see into the future and predict a player’s success? He can better find the best players in the draft than an NFL GM who’s been in the business for 20 years? To paraphrase a modern American film classic: “He ain’t found shit!” So, it’s too soon to judge whether Whitner was a “reach,” or a “stud,” or a “meth addict.” Time will tell.

The Bills addressed their hole on the defensive line with NC State DT John McCargo. I know absolutely nothing about him, other than that he has a good last name for a defensive tackle. Right? And speaking of names, the Bills hit the jackpot by drafting another member of the Ohio State secondary with 3rd round pick Ashton Youboty. Regardless of how Ashton pronounces it, he will henceforth be known as Yo-booty. I predict jersey sales will skyrocket when his is released. 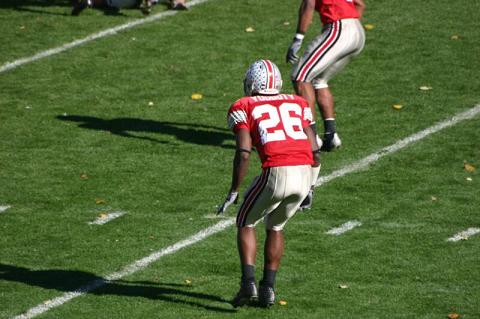 Apparently, there were some other players drafted as well, but I haven’t bothered to look and see who they are yet. I think one of the names I heard was “Ko.” Yeah, that’s his first name. I’m too enamored with my beloved Sabres at the moment to care. Game 6 tonight; here’s to a much-needed Sabre win on the road.