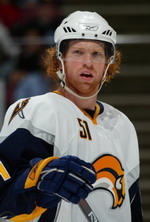 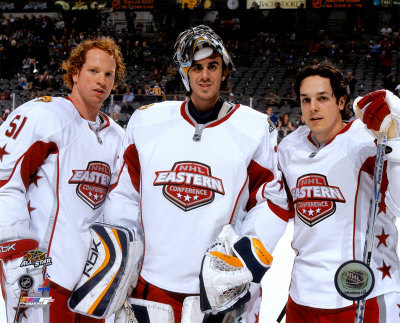 So, where does that leave us? The team’s heart and soul has essentially been ripped out in two successive off-seasons. They break the bank on an underachieving forward who has all the confidence of a kitten (Vanek), whilst letting Drury and Briere go for nothing in return. Larry Quinn’s dismissive, patronizing interviews over the last several months, urging fans to be “patient” and to “have faith,” become all the more aggravating in light of today’s news.

I’m done with Quinn in this town; I’m done with this team until something changes. Why invest the emotional energy I’ve poured out on this team over the past…decade plus? Why support a team that thinks “success” means selling a lot of crappy jerseys and doing barely enough to field a competitive hockey team? Remember, that 2005-06 Sabres team came out of nowhere–it was a team no one expected to do anything at all that year. It’s not as if Quinn and company had finally put together a powerhouse to take the league by storm. That team succeeded in spite of all expectations, and in spite of any action from the front office by and large.

All the fervor with which the fan base has supported this team over the past couple of seasons is slowly but surely waning–the front office has used up any goodwill capital with their (in)action over the last two offseasons. What might’ve been a Stanley Cup-winning team in 2006, had they been healthy (mere minutes from a win in Game 7 of the conference finals, if you remember) has essentially been gutted. I can’t take it anymore and am waving a wistful farewell to this team if Campbell heads out of town. (Do I dare even mention that goalie Ryan Miller’s free agency is just around the corner?) Wake me up when Larry Quinn has crossed the border out of Erie County for good. 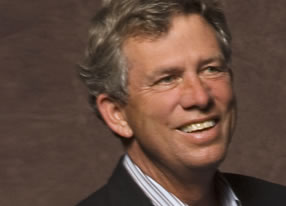 6 thoughts on “Why bother?”