We’re back…in 2004…or maybe 1984 (more on that later). The very first shot of the episode was that of Jack’s eye from the series premiere nearly five years ago. I’m pretty sure it’s the same footage of his eye from that premiere as well, for what it’s worth. Time flies, eh? I’m not sure anyone would’ve predicted our castaways off the Island before the series ended, let alone early in season 5, with six of them trying to get back there. What a long, strange trip it’s been. 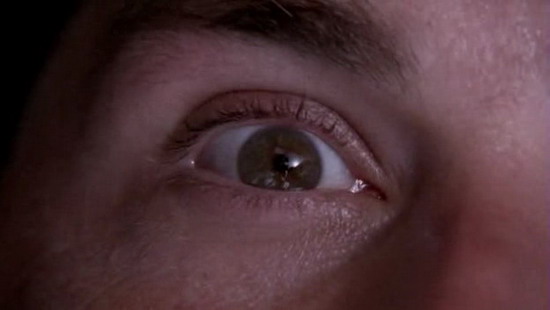 It’s a trip that feels like it’s nearing its climax. So much has happened on the show these past five years, and after all the craziness of this year’s first five episodes, with all the pieces starting to fall into place, I’m wondering where we go in season 6. We may know the Island’s whole history by the end of season 5; will we need more questions raised to keep us busy? Who cares? We’re all enjoying the ride.

There’s a ton to get to, most of it better suited for the Quick Hits, so I’ll just address one particular plot thread of note, though it’s not really a major one. (Particularly since it involves a character that’s become increasingly boring.) Jack’s reluctance to believe in anything outside of his scientific scope of knowledge has long been his greatest strength and greatest flaw. He refused to believe the Island was anything more than, well, an island. He refused to believe in the theory it was fate that brought the castaways together on Oceanic 815. He eventually came to believe it was his duty to lead the castaways off the Island, but refused to believe it was his destiny to keep them there.

Jack’s man of science, always at odds with Locke’s man of faith, became so narrow-mindedly focused on escaping the Island that he ignored everything right in front of his eyes telling him he had a greater purpose right where he was. It looks like he’s finally ready to believe in the Island’s greater power and his place on it, as Locke had tried to tell him for so long. 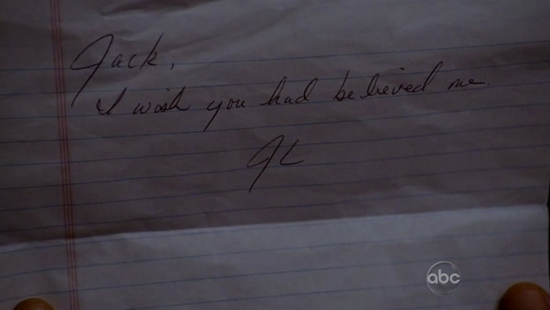 Jack appears ready to take that leap, if on nothing more than faith. It’s the leap of faith Eloise Hawking knowingly told him was required, just like his father told him the night before his wedding years ago.