In six months when I’m watching the entire season again on DVD, tonight’s episode will fit nicely into a marathon viewing session as an episode that helped build toward our eventual climax. Tonight, with a week off before the final run of episodes, not so much. “The Last Recruit” served to move people around on the chess board while Jack decides what he wants to do, and not a whole lot more. From that perspective, a pretty disappointing episode. It’s a bit late in the game for a “treading water” episode, sweet explosions notwithstanding. 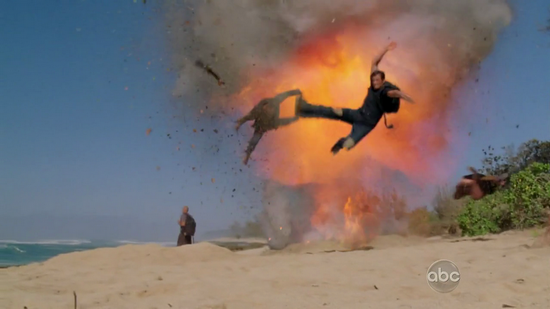 The Big Question left at this point is who’s good / who’s evil between Jacob and Esau? A function of that question is finding out exactly what the Island is. I think we’re all set in terms of the flash sidewayses (at least vis a vis inference): the X timeline was created when Juliet set off Jughead in the Island timeline. The Island folk were bombarded with the same sort of electromagnetic energy Desmond was when he turned the Dharma key beneath Swan Station and, because of that, have some sort of ability to travel or link to their X-selves. Desmond has an advanced version of that ability and is fully aware of the timelines and what’s going on in both. Because of that, he (at Widmore’s behest) is interacting with the X folk in such a way as to make them realize they have a choice between timelines. Eventually, everyone will have to make a choice. What we don’t yet know is whether or not they all have to decide one way or the other (all go back to the Island or all stay in the X timeline). And there may be a deadline associated with it, if Desmond’s comment to Claire in the X timeline is any indication (“the situation you find yourself in could be irreversible”). Perhaps if the X-castaways make certain choices, like giving up their child for adoption, could find themselves without the choice between timelines. As far as I’m concerned, that about covers the flash-sidewayses. (Of course, stay tuned in two weeks when all of this is proven wrong by the show.)

So let’s assume I’m correct and all we really have left to deal with is the good vs. evil question. Widmore’s actions, when viewed in their entirety, don’t strike me as that of someone looking to exploit the Island for personal gain. I think he’s done whatever it took to get back there after his banishment, moral consequences be damned, because he knows what’s at stake if the “dark side” takes over; there are consequences far greater than the fates of our castaways at stake (the whole Island = the cork in the wine bottle holding back the tide of world-ending evil analogy).

Let’s quickly rehash our castaway movements. Esau finally gets his ducks in a row, getting all of Jacob’s candidates in his camp, now ready to head off to Hydra Island and his salvation vis a vis Ajira 316. He’s long said he needs all of Jacob’s remaining candidates with him in order to escape the Island. 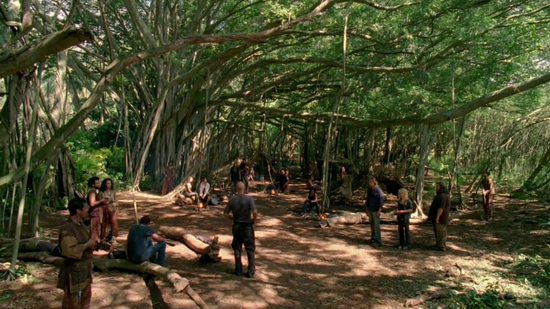 Sawyer and the others attempting their escape may have unwittingly played right into Esau’s plans, as they now find themselves on Hydra Island, which also happens to be home to Ajira 316. Now all Smokey has to do is get Jack and himself over there and they can be on their way. Who’ll be able to stop them at this point, after all?

Ah yes, Desmond’s got some work to do in the Island timeline as well. If Sayid’s slight smile is any indication, Desmond convinced him to spare his life and save him from the well. There is still some good in Darth Sayid. Desmond’s work with Locke in the X timeline may well be the key to stopping Esau — work that may have been interrupted if Island Desmond would have been killed in that well.

I found it interesting that Locke, en route to the hospital after the hit-and-run, when asked for his next of kin said of Helen: “I was going to marry her.” The operative word here: was. As we’d seen thus far in the X-timeline, Locke and Helen seemed to be quite happy together and well on their way to marriage. I posit the hit-and-run jarred Original Locke loose from limbo and he now inhabits Locke-X’s body, at least partially. If that is indeed the case and, as I’ve declared, all of our castaways eventually get to choose between timelines, Original Locke may have something to say about Smokey using his body for no good back on the Island. The “sucker,” as Esau derisively refers to Locke, and his faith in the Island may prove Smokey’s ultimate undoing. 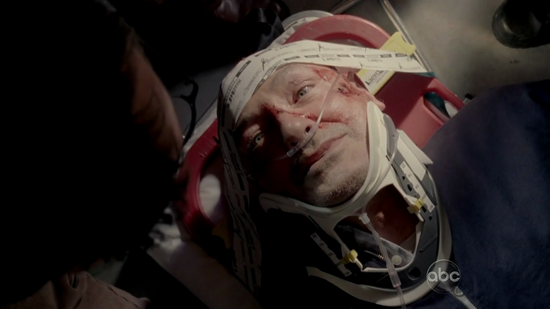 The other part I haven’t quite worked out yet is Kate. Esau remains under the impression Kate is not one of Jacob’s candidates, as her name did not appear on the cave walls. Her name does, however, appear on the Lighthouse dial at #51. To the best of our knowledge, Esau is not aware of the lighthouse’s existence, and thus has no idea Kate is really a candidate. If Esau plans only to take the candidates he’s aware of onto Ajira 316 and ditching everyone else (seems like something he’d do, right?), his leaving Kate behind could also prove to be a measure of his ultimate undoing.