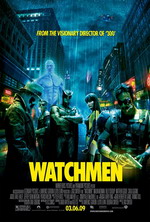 Many fans of the graphic novel, most prior to seeing the movie, have hailed director Zack Snyder for adhering so faithfully to the novel, right down to shots lifted right out of the comic frames. Previous directors that’ve been attached to the project included Terry Gilliam and Paul Greengrass, both of them working with scripts that greatly condensed and changed key story elements of the novel. Snyder was asked for his take on the project after the success of his graphic novel adaptation of Frank Miller’s 300, and he was insistent on adapting the material as faithfully as possible. While I certainly applaud the intent, I think that’s also why the big screen adaptation isn’t a complete success. The story doesn’t flow as well as it should, and it feels very much like the a live reading of the graphic novel, albeit with heaps of special effects. The actors are all good, but you can almost see on their faces that they feel boxed in by the script they must adhere to. 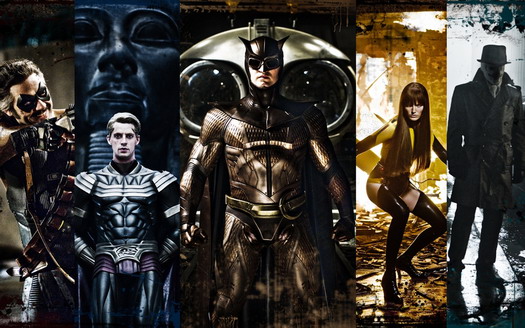 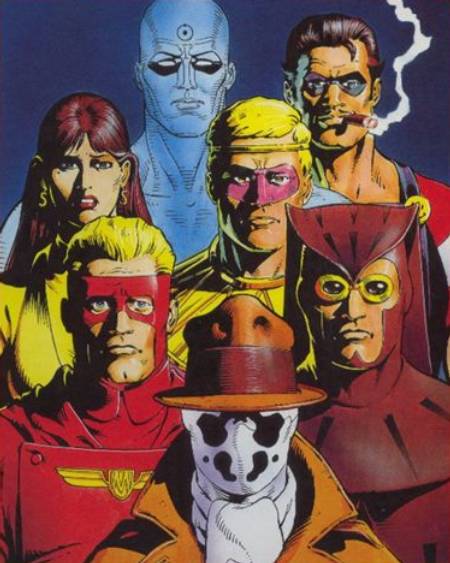 The graphic novel is laid out in serialized chapters that lay out the story of an alternate-history version of 1985, with the world on the brink of nuclear war as costumed heroes are targeted in a mysterious, wide-ranging conspiracy. While those chapters certainly link directly to what comes before and after, they’re discrete, standalone parts of the larger story. The film version attempts to make a seamless narrative out of those parts, and structurally it feels “off.” Had Snyder taken that serialized approach, it might’ve resulted in a more coherent film. As it stands, it feels awkward, and moviegoers who haven’t read the novel may be baffled by some of what’s going on, from the dialogue to some of the song choices to Dr. Manhattan’s glowing schwance. It’s a challenging story, and a hard one to comprehend without sufficient context. (Although there is very little context that could make a glowing, blue schwance appropriate, eh?)

The good stuff, though, of which there is quite a bit. The casting is spot-on pretty much across the board, perhaps with the exception of Matthew Goode as Ozymandias. Someone a bit older might’ve been better. A minor quibble, though, as the rest of the cast is excellent. One that stood above and beyond, in terms of casting and performance, was Jackie Earle Haley as the twisted, savage, misanthropic “hero” that is Rorschach. There’s a tangible quality to his disgust for the dregs of humanity while he does his best to save it. Every guttural word that comes out of his mouth is like a knife. There’s a scene near the end of the film where Haley puts on an acting clinic, etching his face with simultaneous rage, guilt, wanting, hope and anguish. You’ll know the moment when you see it. Simply awesome; and I certainly hope this guy gets a lot more work because of Watchmen.

The special effects, numerous as they are, work pretty well without taking over the story. Dr. Manhattan and his time on Mars are the standout pieces of work. The music, as I briefly mentioned before, might not make sense to some people who haven’t read the graphic novel. All of the songs chosen were pulled right from the novel; Dylan’s “The Times They Are a-Changin’,” “All Along the Watchtower,” “Desolation Row,” Nat King Cole’s “Unforgettable,” and Billie Holiday’s “You’re My Thrill” all work pretty well, in my eyes, but I heard numerous groans and laughter throughout the theater when some of the other music didn’t seem to quite fit what was happening.

So Watchmen is a bit of a miss, but a bold, nuanced and well-intentioned one. I’d suggest reading the graphic novel before seeing this in theaters; it might help guide you through the complex and multi-layered plot presented onscreen. C’mon, it’s cool to read comic books these days, right? TIME magazine even named it one of the 100 greatest novels of the 20th century! There’s your adult justification right there.