TV networks can be a real pain-in-the-ass sometimes, and nowhere is this more evident then in the scheduling of their shows. TiVo exists so I can fast forward through all those crappy commercials about home cleaning products and the latest cure for “restless leg syndrome” (the Jimmy legs) and enjoy my TV shows (or, as I call them, my “stories”) uninterrupted. But, of course, when the last minute of the show gets cut off because ABC likes to eff with their viewers, I get upset. And when Jeff gets upset, Jeff gets angry…and you wouldn’t like Jeff when he’s angry… 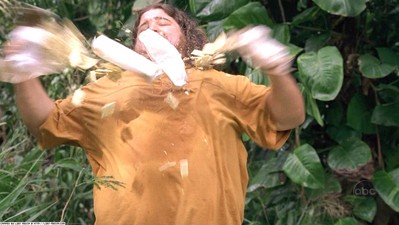 Anyway, thanks to the magic that is “teh Interweb,” I was able to download the episode 3 hours after it ended and caught that elusive, final minute. This also happened to be the most important minute of the show, as we discover Libby has some skeletons in her own closet and hasn’t been entirely forthcoming with Hurley-san. The Libby we saw at the end of last night’s episode certainly looked like a nutjob, which begs the question, why is she so together now? Was she “cured?” Why was she in the looney bin to start with? All questions to be answered later. I believe, if you go back through the episode, you can catch a glimpse or two of Libby on the sidelines (quite literally…maybe). She seemed fixated on Hurley at the end of the episode, and has certainly taken a liking to him on the island. Why? Did she end up on the Oceanic flight because of Hurley? 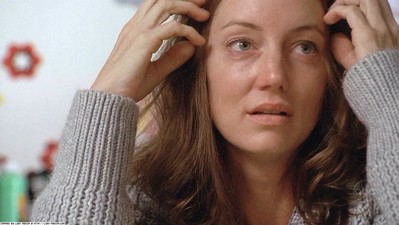 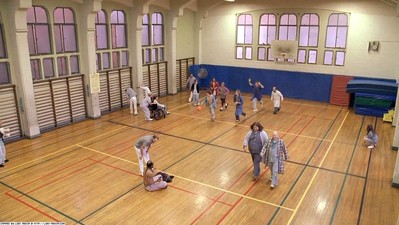 Here’s a definition of Hurley’s disorder, in my estimation:

Schizotypal Personality Disorder refers to a â€œpervasive pattern of social and interpersonal deficits marked by acute discomfort with, and reduced capacity for, close relationships as well as by cognitive or perceptual distortions and eccentricities of behavior.â€

I don’t think there’s necessarily a lot to extrapolate from Hurley’s split personality disorder, unless he’s conjured up more than just Dave in the course of being on the island. The whole idea that the island is a figment of Hurley’s imagination is certainly worth noting, but if it’s the truth, wouldn’t that just be too easy; and a little disappointing? In fact, it’s not even worth elaborating on; it’s the producers screwing with our minds again. The main point of this episode was to explain why Hurley is still such a fatass, a question whose answer has long been sought by fans….I guess.

You can also view Hurley’s condition as a sort of metaphor for all of the castaways. They all have split personalities or realities, though not in the traditional sense; they all have two realities in the context of the show: pre- and post-plane crash. The flashbacks show us one split, the scenes in the here and now on the island another. Vague, rambling speculation or incredibly astute and accurate metaphorical analysis? Alright, it’s probably the former.

When Jack’s father appeared on the island in the first season (as a mirage/apparition/ghost/whatever), he led Jack to the caves and a water supply. Kate saw her “guardian horse” on the island. Shannon, Sawyer and Sayid have heard voices and have seen Walt’s ghostly apparition. Other castaways have seen all manner of nutty stuff. Was Dave the island’s way fulfilling a similar purpose for Hurley, or was it all 100% a part of Hurley’s disorder? The island clearly has some supernatural elements to it, and simply dismissing Dave as a figment of Hurley’s imagination seems too easy. Which is why it’s probably all a figment of Hurley’s imagination. 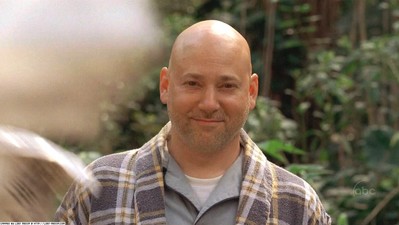 Speaking of restless leg syndrome, I just looked up “Clonazepam,” the drug Hurley was taking, and found a few items:

Thankfully, RLS anyway, is a thing of my past now – my Neurologist prescribed Clonazepam (Rivotril) between 0.5 – 1mg at night – and the RLS quite literally went away overnight! And considering I had had RLS for nine years at that point, I was a chronic RLS patient.

Clonazepam ( Klonopin ) is an anticonvulsant primarily used in the treatment of seizure disorders. Clonazepam ( Klonopin ) is a member of a class of drug known as benzodiazepines.This drug may also be used as an antianxiety, for the short-term relief of mild to moderate anxiety. Clonazepam ( Klonopin ) may also be used to treat movement disorders ( e.g., Tourette’s Syndrome ), panic disorder, drug-induced mania, to help resistant depression, nocturnal myoclonus, relieve trigeminal neuralgia, bipolar affective disorder, and to help control certain types of petit mal, atypical, akinetic, myoclonic, or absence seizures.

We get another hint of the guy behind all this, whom “Henry Gale” refers to as “He” and shudders at the thought of “Him” finding out “Gale” is revealing anything. You can’t put it past “Gale” to be manipulating the castaways still, but the fear of his “leader’s” punishment appeared real to me. This event adds more confirmation to someone behind all this, as a beardless Zeke referred to “him” earlier this season in the medical station. But again, “Gale” has proven himself as a master manipulator and has an agenda of some kind; what he says and how he acts can’t be taken at face value. We also learn of the real Henry Gale’s wife, Jenny, and that he was traveling across the Pacific. 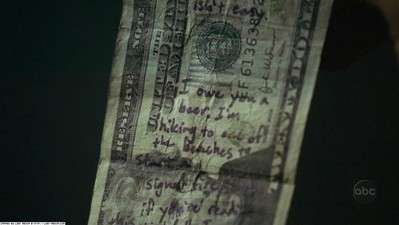 What is Eko building, and more importantly, why is he keeping it a secret? My first inclination, for some reason, is that he’s building a church, but we haven’t really caught a good glimpse of any sizable structure yet. I’ll stay with the church idea for now. 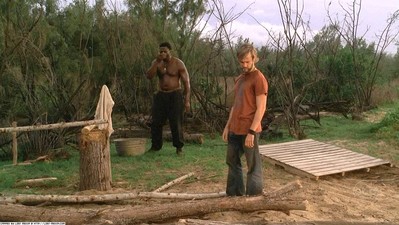 Nothing of great import seemed to happen this week, but it does provide setup for a few subplots down the road. What this post provides, though, is evidence of my overreliance on quotation marks, parentheses, and run-on sentences. Until next week, “folks” (see, I did it again).

One thought on “Trust Falls”