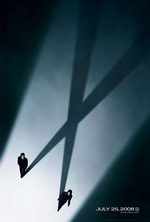 This time around, though, director/creator Chris Carter and company don’t have the added benefit of The X-Files being an active part of the cultural lexicon. Fight the Future was released in between seasons 5 and 6, arguably the very height of the show’s popularity. The show’s been off the air since 2002, and any momentum that could’ve been harnessed from the finale has all but died six years later. The series finale hinted at some mythology-centric future events that would’ve made good fodder for a blockbuster summer X-Files flick, but I fear the pedestrian I Want to Believe has dashed any hope we X-Philes had for such a movie.

It’s not all bad, though, believe it or not, though I’m going to get to some more of the bad in a minute. The relationship between special agents Fox Mulder (Duchovny) and Dana Scully (Anderson) was among the more unique and interesting on TV, of two seemingly disparate personalities–Mulder’s blind belief in the supernatural countered by Scully’s even-tempered skepticism–somehow forging a bond with one another. I could spend paragraphs just getting you up to speed on all that jazz, so just check out Wikipedia if you feel the need.

Duchovny and Anderson are clearly comfortable and familiar in their roles, even after six years. They’ve been through a lot (in the series), and their fondness for each other is tempered by the weariness of having fought the good fight for so many years. From a writing and acting standpoint, the characters are executed perfectly. The high points of the movie were, by far, the low-key conversation scenes between the two. The chemistry is still there. 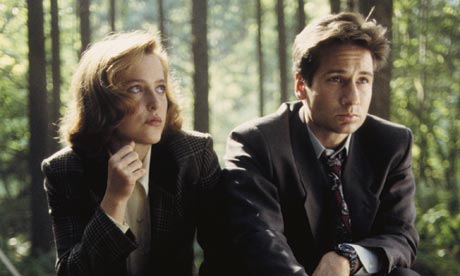 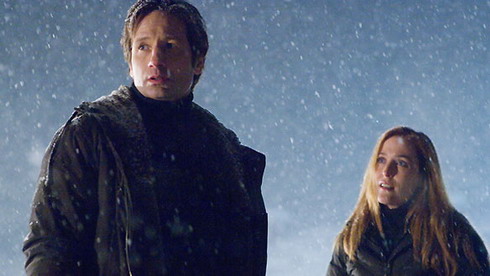 I don’t have a ton more to relate in the “Good” column, I’m afraid. The story is relatively interesting, focusing on mysterious kidnappings in a rural West Virginia community, but never engaging enough to make you care about what’s going on, or about anyone other than Mulder and Scully. It’s not a problem of execution, though; from a production standpoint, everything is top quality, from direction to sound design to Mark Snow’s always-excellent score. The problem lies with the choice of plot. It’s just not “big” enough to justify a 2-hour feature film. The discerning moviegoer should be rewarded with more than some romantic character development and a two-headed dog (yes, two) for his or her ten bucks.

I should backtrack a tick and say that the one failed execution was in the casting of Amanda Peet and Xzibit as FBI agents working with Mulder and Scully. It’s hard to take either one of them seriously in their roles, particularly Xzibit, probably best known for his role as host of MTV’s Pimp My Ride. Stick with what you know, X: phat rims and huge subwoofers jammed into the trunk of a Honda Civic. 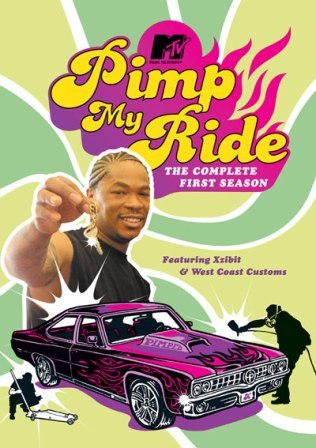 I’m giving this movie a B, because I’m enough of a fan still to enjoy the interplay between our two main characters, and the few references to that aforementioned mythology. While I’ve mentioned most of the negatives already, perhaps the biggest of them all is that I Want to Believe probably won’t do well at the box office, so the chances of a third, mythology-centric movie are slim, to the chagrin of X-Philes everywhere. I’d like to believe Fox and the audience out there will forget this movie ever happened and greenlight a third flick in three or four years. It’s nice to have some sort of entry into The X-Files after a six-year absence, but at what cost?

At the end of the day, I Want to Believe amounts to nothing more than a polished, well-executed two-part TV episode. Because of that and its’ possible inaccessibility to unfamiliar audiences equating to an assuredly low box office haul, the chance of more down the road seems remote.

(Note #2: stay tuned after the movie for a weird credits sequence that climaxes with a rowboat ride straight out of Chris Carter’s clearly ‘shroom-aided imagination.)