Tom Clancy at Rockefeller Center – Early Aughts
Once my favorite author, color me tickled (go ahead, punch me in the face for using that term) when we suddenly ran into him outside 30 Rockefeller Center. He was on his way into the NBC studio for Conan O’Brien on whose show the former was to appear that evening. I was able to snag an autograph (which is buried away in a box somewhere, else I’d have scanned and posted it here). 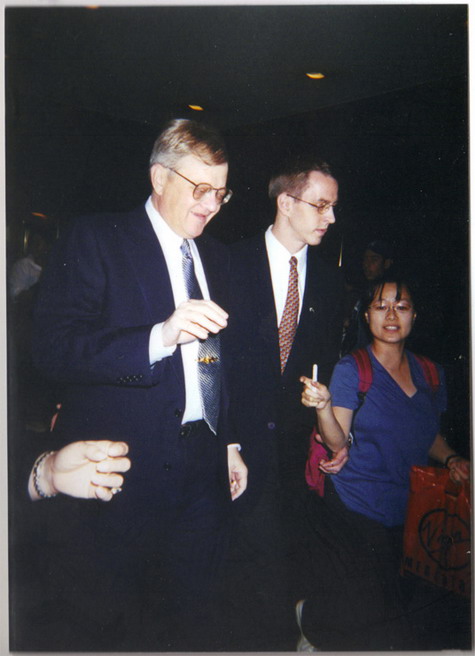 Tom Clancy has since dropped off the face of the earth, after his last novel was less a “crackling yarn of a technothriller” than it was a guide to Clancy’s favorite wines and suits. I blame myself.

Mujibur & Rupert Jee in NYC – Early Aughts
On that very same visit to New York, I made my required stop at Rupert Jee’s Hello Deli, and Mujibur & Sirajul’s shop of tacky NYC souvenirs. Both are A-list celebrities if you’re a diehard Letterman fan, so I forced both Rupert and Mujibur to pose for pictures with me. (That could be Sirajul on the right; I never figured out which was which.) 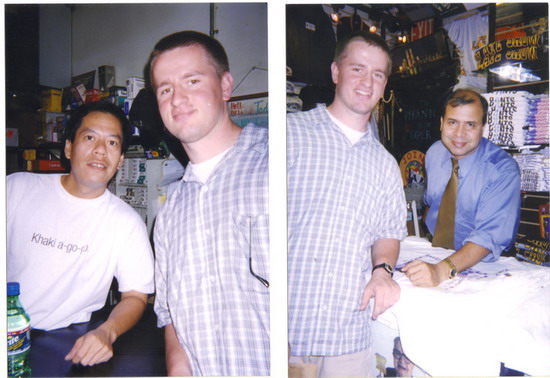 Mujibur & Sirajul have not been on Letterman in quite some time, as I believe their store moved away from their close-in-proximity-to-Letterman location. I can’t imagine business has been great since. All I have left to remember them is the above picture and an autographed t-shirt (buried in a duffel bag somewhere).

Omni Hotel Jogging Map – 2007
My buddy Steve was kind enough to get me a discounted room at the Omni hotel in downtown Los Angeles when I was out there for a couple of days in late 2007. The discount was key, as the swank factor was off the charts (I could have easily lived the rest of my life staying in the room’s bed wearing the luxurious bathrobe). 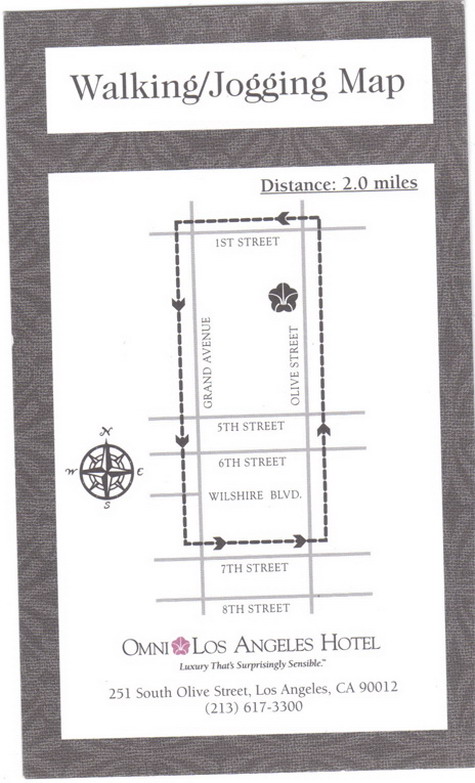 Anyway, I made sure not to take advantage of the jogging route, as there were far more important matters to attend to (having a Schlitz at The Grove followed by a movie at the Arclight).

Dog Fancy – Early to Mid-90s
There are about five or six people who will know exactly what the following image is: 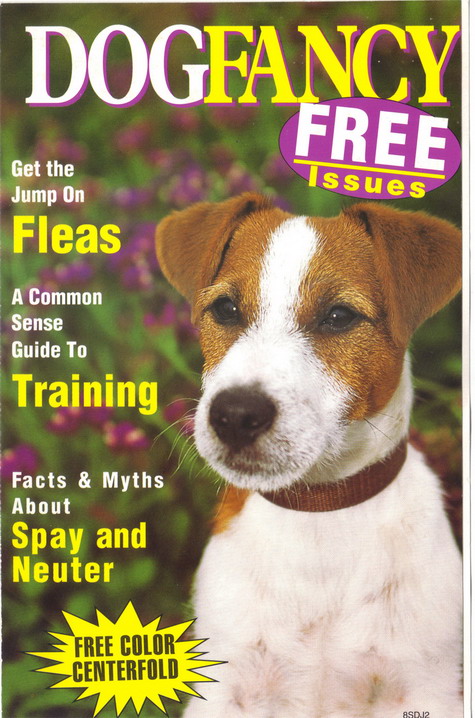 Snagged from the racks of the Quality Markets magazine racks, the free sample magazine card found its way into East Aurora Middle School and took it by storm for a period of three or four weeks. You could find cutouts of that Jack Russell terrier’s head all over the school, and I’m sure our principal Mr. Leach devoted every waking hour to tracking down the culprits; or at least whatever time he had left in between toupee grooming sessions.