1:45pm: I turn over to ESPN briefly and witness a fat guy dressed as a pirate hop off a boat and run to deliver the studio hosts their “picks” for the game, which have been stored in–what else?–a treasure chest. The guy has to run about 300 yards and appears ready to have a massive heart attack as he reaches the hosts and utters a breathless, “Arrrrr, here be your picks, mateys!”

This is followed by the five hosts all yelling at once, trying to tell everyone how brilliant their sure-to-be-wrong picks are. Cris Carter shrieks something about going “up there” while pantomiming a chicken dance or something, and Ditka responds by pointing wildly at the ground and yelling he better worry about being “down there.. Jeff’s head explodes, launching his brains both up and down there.

2:00pm: Andrea Kremer reveals Mike Tomlin ended his pregame speeches with Phil Collins’ “In the Air Tonight.” Somehow, I’m not sure a generation raised with rap songs about bling and booty-shaking will be that moved by Phil Collins. I dunno, maybe I’m wrong. They’ve gotten this far.

2:30pm: NBC ramps up the cross-promotion with a Top Chef cook-off between past contestants on the hit Bravo show (it’s good stuff; check it out on Wednesday nights….wait a minute, I’m not being paid by NBC here, am I?). The “judges” include Jerome Bettis, the former Pittsburgh Steeler. “The Bus” clearly enjoys food, and he looks like he’s about ready to start bashing people out of his way to get to the hot-off-the-grill steak one of the contestants made. “BUS HUNGRY! ENNNNHHH! MUST EAT!” 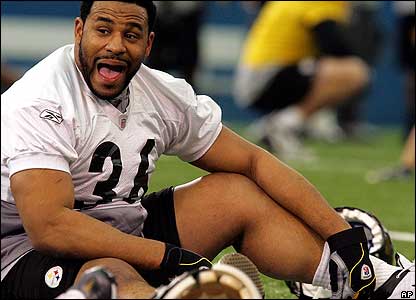 3:10pm: John Legend takes the stage to inspire a nation with such lyrics as, “Do I have a girlfriend? Technically, nooooo!” and “We can go all niiiiight, just gimme the green liiiiiiight!” He is soon joined by a homeless guy that apparently evaded security to get onstage and start muttering unintelligibly into a microphone. Oh wait, it’s T-Pain, wildly popular rapper whose albums have spent weeks on the charts. Hm. 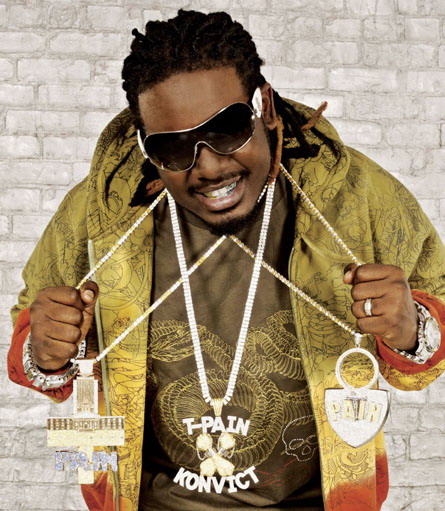 3:19pm: A riveting interview with the cast of the forthcoming Fast & Furious, the long-awaited fourth entry in the film franchise featuring douchebags racing fluorescent cars.

3:22pm: Andrea Kremer interviews Troy Polamalu about his hair. I have nothing to add.

3:23pm: Conan O’Brien dressed in a full Tom Brady uniform. Conan gets pegged in the face with a football and also reveals that using the roof of a van to kick a field goal is legal.

3:26pm: A bizarre commercial about people’s asses falling off because they laughed it off while watching NBC’s smash-hit comedies. Again, I have nothing to add.

3:30pm: A CNBC “business break” to remind America that the economy’s going down the shitter while we sit on couches gorging ourselves and watch the ultimate display of corporate wealth and avarice on television. Hooraaaaay!

3:33pm: Lest you think everything that’ll come out of my keyboard today will be negative, Bob Costas conducts a good interview with NFL commissioner Roger Goodell. They cover the gamut from officiating to microchips in balls to concussions to overtime rules. Good stuff.

3:41pm: I really enjoyed Al Roker’s hilarious, over-the-top fake laughter while interviewing The Rock about his upcoming film, Race to Witch Mountain. I also enjoy The Rock pretending that the film was a blast to make and that everyone will be sure to enjoy it. Ah well, I’ll take this over Paula Abdul lip-synching her new “hit” we were all privileged to watch last year.

3:44pm: Cardinals receiver Anquan Boldin tells us about his experience having his face broken in a game against the Jets earlier this season. The hellacious, wince-inducing hit is shown from about eight different angles in slow motion. Four facial fractures take eight plates to repair via surgery. I salute you, Anquan, despite your whiny sideline tirade during the NFC Championship a few weeks ago. If I got my face busted, I would probably still be in the hospital taking advantage of the nurses.

3:49pm: A commercial featuring Alaska governor Sarah Palin saying “hey dere” in front of a bunch of her constituents. Bob Costas follows this with a horrendous joke about her propensity to use the phrase, “you betcha.” Bob, enough with the yuks. We don’t love you for your snide, half-hearted attempts at comedy. 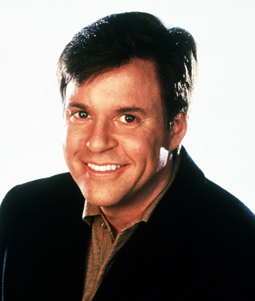 4:08pm: Patriots coach Bill Belichick breaks down Cardinals-Steelers with Cris Collinsworth. No word on whether Belichick had the segment taped for use when he goes on a competing pregame show next season.

4:13pm: Kevin James comes on with Al Roker to talk about the #1 box-office smash, Paul Blart: Mall Cop. Both Roker and James are on Segways. Despite my pleas, Al does not bite it hard into the huge HDTV behind them. Al caps off the segment by teasing a live performance by JOURNEY coming up after the break! If I wasn’t such a big fan of “Don’t Stop Believing,” I’d have more derogatory commentary to offer.

4:16pm: Gotta love these Pizza Hut commercials where they pretend to serve their food to “real” restaurant patrons. Right. The stuff was cooked by a real chef with fresh ingredients and served to actors. I’m guessing it won’t be so delicious after it’s frozen, shipped to your local Pizza Hut and thawed under a hot lamp. I’d like to be featured in one of their upcoming commercials while displaying my “uh-oh, something’s wrong” look on my face after downing a pound of their oil-soaked pasta. 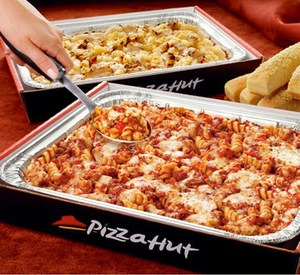 4:17pm: An early frontrunner for Commercial of the Night: an ad for BEER-flavored Doritos. An eager ad-man pitches the idea to some relunctant executives. As he eats more Doritos, he gets more drunk, and ends up shirtless and shrieking when they reject his idea. Love it.

One thought on “Super; thanks for asking.”