I haven’t really been keeping up with “The Lost Experience” this summer, the online viral marketing game that was started towards the end of season 2. Recently, however, some of the Lost creative staff appeared at the San Diego ComiCon and revealed a few choice nuggets about the show, and indirectly kicked off a new phase of the online game.

Lost was intended to be a 4-5 season arch ending with a feature length movie. Damon Lindelof said that they are still planning on sticking to that plan but it’s hard because the show is a hit now. But they don’t want the show to end up like the X-files. They don’t want to finish that main story line in season five and then have to “tap dance” for two seasons because the network doesn’t want the show to end. He mentioned that when that time comes they may have to consider walking from the show.

Time may not be passing on the island at the same rate as off the island. The question was asked about the amount of time that has passed on the island in the first two seasons at which point Damon interrupted and said that’s assuming that time is passing on the island at the same rate that it is in the outside world. That produced audible gasps from the audience and the two actors on stage had shocked looks on their faces. Damon continued to talk about the concept of the passage of time at which point Carlton Cuse interrupted him asking if he wanted to reveal that much so Damon just left it at that.

Hansoexpose.com. At one point a “protester” crashed the presentation and confronted the producers asking if they had no shame. She said her name was Rachel Blake and that the Hanso foundation was real and that the producers were using them for entertainment purposes even though they had done terrible things in Africa and Iceland. She said to go to hansoexpose.com if we wanted the real truth just before security escorted her away.

There are no nanobots on Lost. If you were there and were wondering who the lone guy was clapping at that revelation, it was me. That’s right, straight from the horses mouth NO NANOBOTS.

There will be an extra on the DVD of every nick name sawyer has used cut together into one clip which I personally can’t wait to see!

Vincent flashback? When asked why Vincent the dog didn’t leave the island with Walt and Michael, Damon said if he had they wouldn’t be able to do the Vincent flashback episode!

The statue shown in season finale wasn’t just put there because it looks cool. The history of the island will become important and it is older than we were originally led to believe.

The six episode mini-series that opens the season will reveal more about the others. The first episode will be titled “A Tale of two Cities” and be penned partly by J.J. Abrams. Abrams will also direct episode 7, the first one back from the break. The new scheduling format is a direct result of fans complaining about all the repeats this last season.

There will be a major revelation midway through the season that Lindelof said will either blow you away or make you say the show has jumped the shark.

The site mentioned by the “protester” is actually http://www.hansoexposed.com/ and has a rudimentary registration and login screen, after which you’re treated to a page of your statistics. References are made by the site’s admin, “Rachel,” to a “Sri Lanka video” which she’s hidden at various locations on the web. 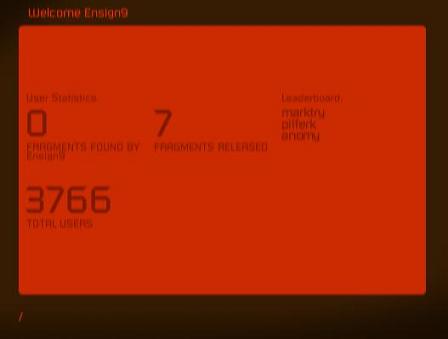 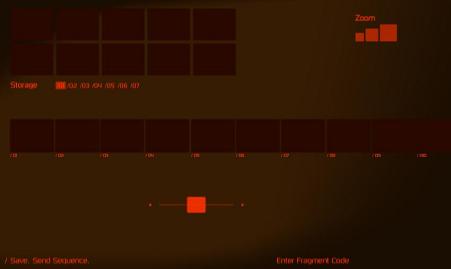 The statistics page will be used, apparently, to tabulate the number of fragments of video you’ve found. I’m not sure I’ll devote any time to this, but ’tis interesting. This’ll at least provide something to tide you over until September.

One thought on “Some Midsummer's Lost Ramblings”