That changes things a tad.

I had the whole “these aren’t flashbacks” thing figured out relatively early in the episode, but that didn’t lessen the impact of the final reveal of the season: (some of) our castaways made it off the island, and they aren’t too thrilled about it. Flipping the whole flashback convention (making the island the focus of said flashbacks) has been a long time coming, and this was probably the right time to do it. Next season will surely get off to a fast start (I hope), as we’ve got a lot to address, but I’m wondering if next season will follow the format of tonight’s finale, with “flash-forwards” instead of flashbacks. Anyway, more questions. Who rescued them? Did everyone make it off the island? Did anyone willingly stay? Did Desmond reunite with Penny? Did the remaining Others stay hidden? Why is a suicidal Jack so certain he made a mistake in leaving the island? 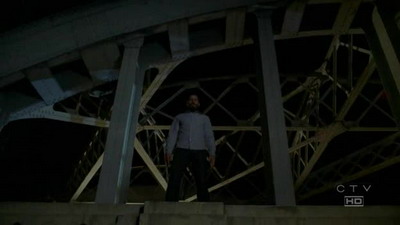 Back in the real world finally, Jack seems to be desperate to get back to the island he tried so hard to get off of. I’ll leave the focus on Jack’s fake mustache and beard and inherited alcoholism for other sites, what I want to know is why can’t he simply go right back to the island? If a freighter was able to find the island, why can’t he? Signals are no longer being jammed, there’s no electromagnetic interference from Swan Station, so is something still in place to keep the place in a perpetual shroud? 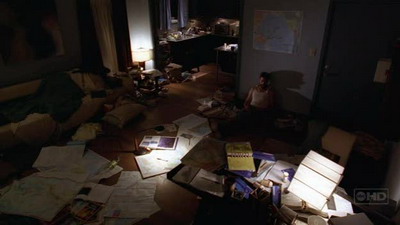 That begs the question, who were they rescued by? If, as Ben insists, Naomi and her crew are the “bad guys,” what are their motivations? Harnessing the power of the island for financial gain? I hate to bring up something from last summer’s Lost Experience online “game,” as it had a limited audience, but we haven’t heard much about the Hanso Foundation in a long time, and I’ve gotta believe they’re still going to figure in this whole mess somewhere. My guess is that Naomi and her ship are part of the Foundation, intent on annexing the island for their own nefarious means. I’m picturing episodes next season in which the unsuspecting Hanso Foundation commandos are picked off one at a time by Cerberus the Unfriendly Smoke Monster as they foolishly attempt to “capture” the island and its power.

It’s been a fun season pretty much from start to finish. I’ve been amazed at the response I’ve gotten to these recaps–to the point I’m incredulous when I see the number of hits the site gets on Thursday mornings. I’ll have a post or two over the summer (and fall, as the show won’t return until January or February 2008) to ponder a few things, and perhaps we’ll get another viral marketing a la the Lost Experience last year. Until then, thank you all for reading; I do it all for you and the children. I’ll “find” you again soon. (GET IT?! THE SHOW IS CALLED LOST, BUT I’LL FIND YOU! HAHAHAHA!) 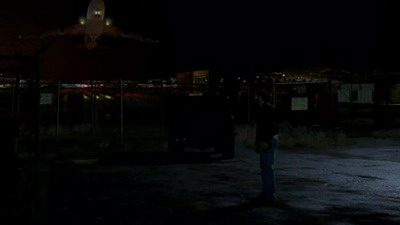