The fifth season of Lost continues at a breakneck pace, one I can only hope continues to be the norm through the remainder of the series. In light of its defined stop date at season 6, I’ve gotta think the writers will have plenty to pack into the remaining 30-some episodes. I’m giddy. 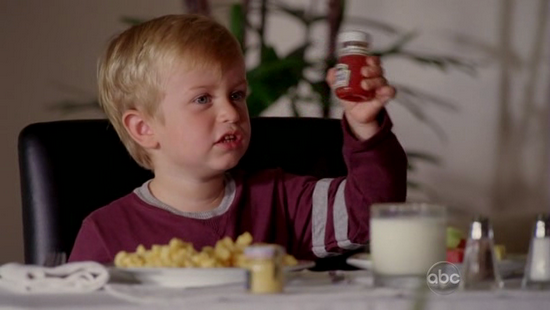 I’ve got to applaud those writers for the work they’ve done thus far. As convoluted as time travel plots can be, I think they’ve done a good job of giving us enough to try and work things out ourselves. That said, they’re liable to keep throwing the odd curveball in there now and again. Curveballs like Jin being able to interact with Danielle Rousseau and her French crew 15-some-odd years ago; like our Present-Tense Castaways (Sawyer) being able to interact with Past-Tense Castaways (Kate and Claire); like implying another plane crashed on the Island.

Let’s start with Jin. Faraday made himself pretty clear when he said one can’t change the past. Thus, when Sawyer tried to get Swan Desmond’s attention by banging on the back door, he didn’t come out. Because if he had, that would’ve changed the future. If you hold Faraday’s premise that you can’t change the past to be true, logic (I use that word cautiously when talking about this season) dictates Desmond would thus not come and open the door. So it stands to reason our Present-Tense Castaways wouldn’t be able to interact with their Past-Tense counterparts, yes? Unless, of course, you’re Desmond. He’s “special,” for some reason, likely because he turned the Swan Station failsafe key. We don’t know yet, but at least we have some vague idea of how he might’ve become special. What’s Jin’s deal then? 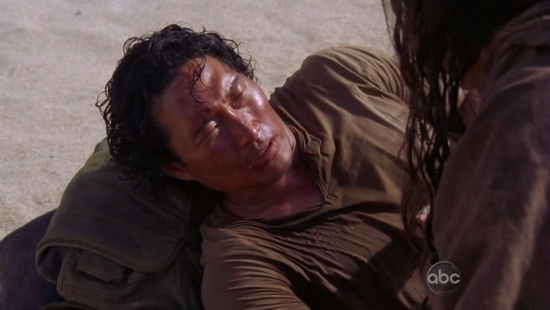 It stands to reason, as cuckoo as Rousseau was when she first met our castaways in season 1, she would’ve recognized Jin if she’d first met him shortly after she and her crew shipwrecked. (I’ll get to them later.) So, logically (there’s that word again), she could not have met him before. And with Faraday’s theory in mind, Jin should not have been able to meet Rousseau in the past, as it would’ve changed the past and perhaps set events in the Island’s past on a different course.

As Ms. Eloise Hawking once so eloquently put it, the universe has a way of “course-correcting.” So, while Daniel might be correct in saying one can’t change the past, perhaps we (meaning “I”) misinterpreted that to mean that no interaction was possible between past and present compatriots. For all we know, Rousseau forgets all about having met Jin after her crew gets sick and dies from the mysterious sickness she once alluded to, at which point she goes batshit insane. Hell, maybe it’s the French crew who’s doing the time-jumping! Maybe the “sickness” they all died of is the same sickness Charlotte and Miles are suffering from! Some variation of this could answer the questions about how Jin would be able to interact with them and still not “change the past.” 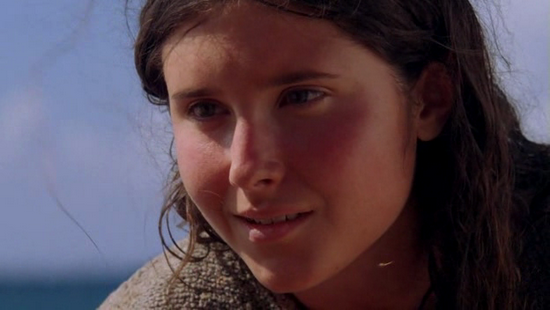 That, or Jin is “special,” just like Desmond. Whatever the case, if Jin was a part of past events on the Island, I think we’re starting to see slivers of what the final endgame of this show may be. All of these castaways (and the rest of the Island’s inhabitants) came together for a reason. Call it destiny if you want, but there’s some greater force at work here that is moving its inextricably-linked chess pieces across the gameboard. It can’t be coincidence that these characters crossed each other’s paths in the past; it can’t be coincidence they were all onboard Oceanic 815. I think they’re all intertwined in the very fabric of the Island and its history. And I don’t mean that in an abstract sense, I think they all very well may have had roles to play at different points in the Island’s history. And when we finally see that realized onscreen further on down the road, I think our collective head will explode.