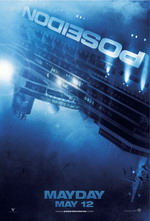 I’m not sure what the point of making this flick was, as it cost $160 million to make and has only made just over $45 million as of May 30th. The problem, past the cost, is that the movie is NOTHING but special effects. There’s no real plot, no real characters, no real emotional investment. The characters are all one-dimensional, stereotypical archetypes amalgamated from the cliched dreck of disaster movies past. Early on, there are a few half-lines of dialogue that attempt to paint some sort of picture of each character’s history, but to call it superficial would be to put it too lightly.

But no matter, as disaster ensues very early on in the flick, courtesy of a “rogue wave,” which capsizes the Poseidon, a massive luxury liner. Where exactly they’re going, and where exactly they are is never explained, but no matter, because there are lots of explosions, lots of electrical fires, lots of flooding, and lots of death. But you’re not gonna care about any of these deaths, because each character might as well be nothing more than a stand-up cardboard cut-out. Kevin Dillon’s “Lucky Larry” character has the most personality out of anyone and he’s got about 3 minutes of screen time before a ridiculously-predictable “conclusion” to his character arc. There are some early attempts at creating some trivial character arcs, but they’re quickly abandoned in the face of enclosed spaces filling with water and exploding engines.

Two reasons to see the flick, though: Emmy Rossum and IMAX. 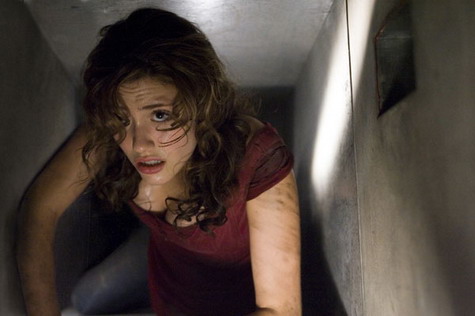 There’s a fantastic shot of the ship at the beginning that is part live-action, part special effects that is nearly breathtaking on the IMAX screen. Equally breathtaking is Emmy Rossum on a giant screen. Do what you will with this information. Oh, and Fergie’s not bad either. 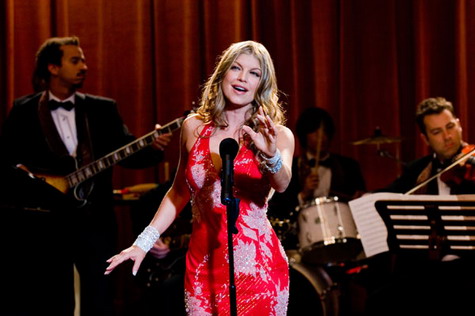 On somewhat of a tangent, Kurt Russell, Richard Dreyfuss, and Andre Braugher must really be hurting for work, because there’s basically nothing more for them to do in Poseidon other than displaying various looks of shock, anger or sadness. I guess it was all about the paycheck.