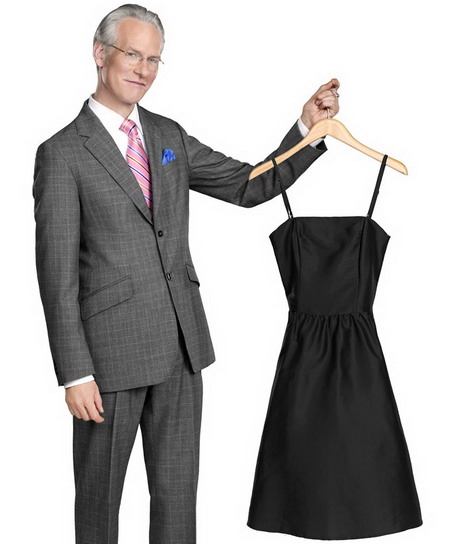 8:06pm: Okay, I owe it to my readers to provide wayward cynicism whenever possible, so I turned it back on in time to see the aforementioned Tim Gunn harassing Brad Pitt and Angelina Jolie about how wonderful they look. The couple appear to be looking for security to pry the nut off them as quickly as possible.

8:09pm: Tim Gunn interviews “Valentino,” apparently a huge guy in the fashion business. Valentino, sporting a creepy tan and dyed hair, appears to be confused as to where he is, as I am confused as to why this is on television. Sorry, can’t do it. Jeff again turns TV off. 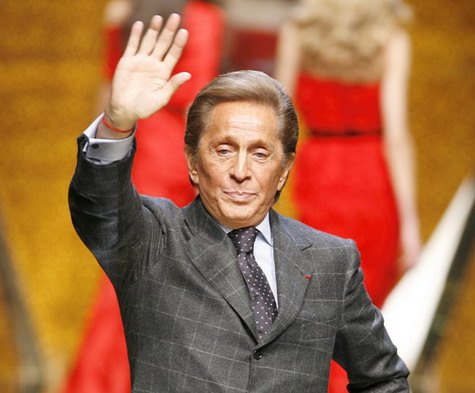 8:12pm: Just kidding. Mickey Rourke is wearing a picture of his recently-deceased chihuahua around his neck. I have nothing to add.

8:20pm: The PriceWaterhouseCoopers accountants who safeguard the award results walk down the red carpet, looking like zombie robots with facelifts on the verge of attacking everyone.

8:23pm: Jack Black at the bar. Nice. The fraud of an interviewer tells Black it’s his dream to be interviewing him at the bar. Jack, as any normal human being would, says “Really? It’s your dream to interview me at the bar?” The interviewer’s programming clearly starts to malfunction at this point, as he starts stammering and looking around for help with this unexpected turn of events. The interviewing looks at his card, looking for some sort of inane question to reply with, but is unable to make any sort of intelligible response to Jack’s mild jab. The robot interviewer then explodes in a shower of sparks. Okay, not really.

8:35pm: A knowing nod to the state of the economy, Hugh Jackman’s opening features cardboard consturctions representing the various movies of the past year. Good stuff.

8:38pm: ABC’s feed starts freaking out and we go to a black screen. Thanks, Channel 7.

8:41pm: Did the backstage crew just screw up? I heard someone telling “Steve” to “open it!” Either something very inappropriate is going on backstage, or they forgot to pull the curtain on the current bit displaying on the large projection screens onstage. I’m voting for something inappropriate.

8:45pm: Whoopi Goldberg tells a joke about being a nun. HI-larious! Almost as hilarious as Sister Act 2. 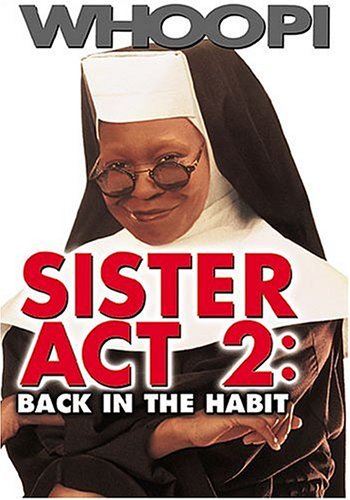 9:13pm: The winner for Best Foreign Animated Feature, his heavy Japanese accent having lulled the audience into a glazed stupor, ends his speech with “domo aregato, Mr. Roboto.” Well done.

9:23pm: I’m gonna fall asleep any minute. They need to break out the dancing chimps or get some pyrotechnics going onstage, cuz this is Bore City thus far.

9:26pm: That guy reading a list of names after having won the Best Makeup Oscar certainly isn’t helping.

9:31pm: Ben Stiller does his best Joaquin Phoenix impression. Awesome. Watch Phoenix’s memorable interview on Letterman here. That’s gotta be a goof, but even if it’s frighteningly real, and Phoneix is partaking of all manner of illegal narcotics, it’s high comedy.

9:47pm: James Franco mispronounces the winner for Best Foreign Cinematography, leading co-presenter Seth Rogen to start laughing uncontrollably. This just after a presentation on Comedy in 2008 hosted by their stoner characters from Pineapple Express. This show needs more potheads presenting the awards.

9:54pm: Hugh Jackman and Beyonce Knowles are singing and dancing in top hats with about 68 other performers. I’m not sure what the hell is going on.

10:07pm: This is about the only category I looked forward to, Best Supporting Actor, with Heath Ledger as the favorite for The Dark Knight. Nice speech by the Ledger family. Can’t believe we won’t get to see him in the role of the Joker again, or in whatever other role he’d have made his own so memorably.

10:17pm: Bill Maher probably just needs to be quiet, between promoting his own un-nominated documentary, Religulous, and insulting the winners of the Best Documentary, Man on Wire, after their acceptance speech. Douche.

11:03pm: Yawn. Those lip-synched Best Original Song performances didn’t do much for me. When did it become okay to start lip-synching at live events, particularly when there’s actual talent involved? Britney Spears, I can understand. But the national anthem at the Super Bowl was synched, and it looked like all of tonight’s performances were as well. Lame.

11:20pm: Weird to see the director of Trainspotting, about heroin-addicted punks, 28 Days Later, about braaaains-addicted zombies, and Sunshine, about UV-ray-addicted homicidal maniacs, win a Best Directing Oscar, for Slumdog Millionaire. Great job by Boyle, and I can’t wait to see what he does next. His win here probably signifies Millionaire will win Best Picture.

11:30pm: Sophia Loren may have been replaced with an animatronic robot.

11:43pm: Man, I would’ve liked to have seen Mickey Rourke’s acceptance speech for Best Actor. Alas, I think the voters were probably slightly scared of him and gave it to everyone’s favorite liberal superstar activist, Sean Penn.

11:53pm: Slumdog wins Best Picture. Good for them; I think it was deserving.

11:56pm: An interminable and forgettable Oscar-cast somewhat unworthy of the great movie year that was 2008 comes to an end. I recommend wholesale changes for next year, ABC. Have Jack Black host it and add more pyrotechnics. Good night! Hooray for Hollywood!