“In 1836 Michael Faraday observed that the charge on a charged conductor resided only on its exterior and had no influence on anything enclosed within it. To demonstrate this fact he built a room coated with metal foil and allowed high-voltage discharges from an electrostatic generator to strike the outside of the room. He used an electroscope to show that there was no electric charge present on the inside of the room’s walls.” [Wikipedia]

There’s some more good food-for-thought on that Wiki page, but my obvious implication is that the island is a form of such a Faraday cage, evidenced by its resistance to outside forms of intrusion, electrical and otherwise. But, as is made clear by the presence of our castaways, the Others, and the rest of our islanders, there is a way through that cage and onto the island. If Lost’s version of Faraday is right, there may only be one way through: the bearing the chopper took to penetrate whatever shields the island from the outside world. He’s very particular about telling Lapidus to stick to the bearing they came in on, making sure to add an ominous, “no matter what happens.” 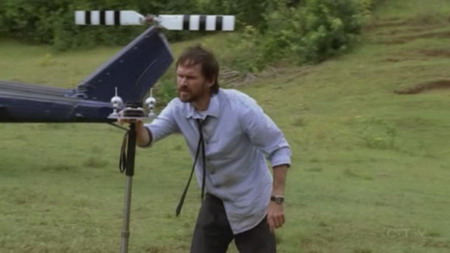 I mentioned the potential for time to be a navigable dimension in last week’s recap, and time certainly seems to be under some manipulation here, in light of the results of Daniel’s experiment in which a payload-carrying rocket is fired from the freighter offshore and toward the beacon he sets up. Only, it doesn’t reach him when it should. His partner back on the boat, Regina, has instruments that are telling her the payload reaches Faraday’s beacon well in advance of when it actually smacks into the dirt at Daniel’s feet. 31 minutes later than Regina’s estimation, to be exact. 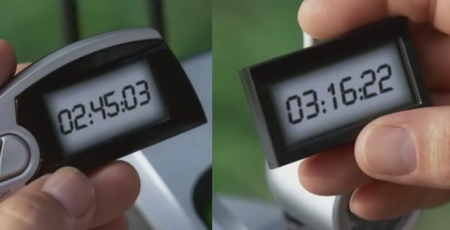 I’ve killed too many braincells over the years to allow me to extrapolate this much further, but you get the idea: time ain’t flowin’ right, and that jibes with the whole Faraday Cage theory. This island is truly…off the reservation. (crowd erupts in rapturous cheers)

See ya next week, ladies and gentlemen. Things are getting….”gooood.” 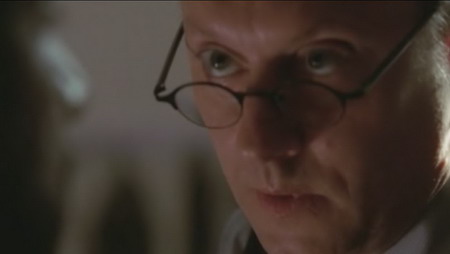 3 thoughts on “Off the Reservation”