Such is the inspiration for John Steinbeck’s classic novel, Of Mice and Men, which figures prominently in tonight’s new Lost episode. The story of dim-witted Lennie and his place in the world closely mirrors the situation Jack, Kate and Sawyer find themselves in. As the character of George Milton does in the book with Lennie, the Others are around to discipline their captives when they get into places they shouldn’t be. 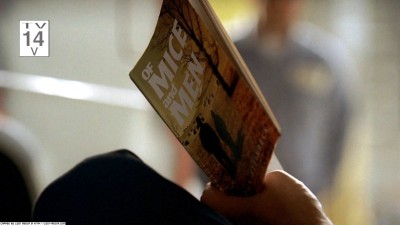 We’re fast learning much more about the once-fearsome Others, and each week there seems to be another new nuance that gives us some insight into just what they’re up to. As I’ve surmised in past weeks, I’m starting to grow more confident in the belief that the Others may actually be the “good guys;” that what they’re doing on the Island is nothing less than trying to save the human race. This’ll be a running theory throughout the season, so I’ll leave it at that for now.

Going back to the “nuances” that shape our perceptions of the Others, I’m seeing a lot of role reversal amongst our characters. Jack has assumed the role “Henry Gale” once had when imprisoned in Swan Station last season, trying to glean as much information as possible by subtly manipulating Juliet by questioning who makes the decisions for the Others. 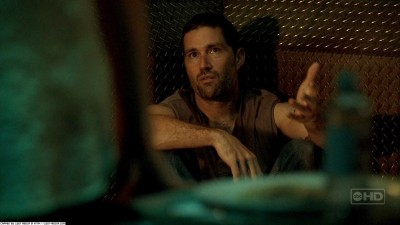 A familiar strategy Ben/Gale employed while conversing with Locke down in the Hatch. Juliet has clearly shown cracks in her armor since the season premiere, and I’d go so far as to say she’s an outcast from the rest of her group. This’ll come into play in a much larger way later this year, I’m sure. Going back to Jack, while he did his best to help save Colleen, he’s now got some leverage against the Others by figuring that one of them has a spinal tumor. 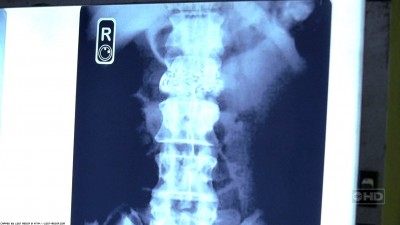 Judging by next week’s episode, that tumor belongs to none other than Ben himself. If that’s the case, that may bring into question his true intent with Jack. Is he grooming Jack for release back into the world–or is he simply stringing him along until he can convince Jack to operate on his spine? And more importantly, how does this development figure in the overarching mythology of the show? Did Ben and the Others indeed have a hand in bringing Jack and his fellow 815 passengers to the Island? That would seem to be a stretch based on Ben’s reaction when he saw the plane overhead in the season premiere.

Speaking of role reversals, Desmond seems to have taken on a Locke-like reflectiveness and foresight, having somehow gained metaphysical abilities after the Hatch implosion. With Locke now busy with leading the remaining castaways to Jack, Kate and Sawyer’s rescue, Desmond is free to commune with the Island and perhaps do its’ bidding, as Locke once did. 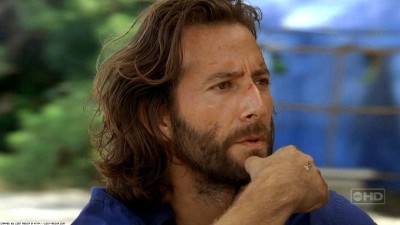 His clairvoyant abilities appear to be rounding into shape, having saved Claire, Charlie and Aaron from a lethal lightning bolt by jury-rigging a golf club and bamboo into a lightning rod. I’m anxious to see where Desmond’s character will go this season. Along with Locke, he may be the most interesting character on the show right now, mainly because there’s so much we don’t know about what happened to him.

We hear Ben make mention of another mode of transport, telling Juliet “the sub is back; we have a situation.” A sub?! I guess that’s how they get from Island to island undetected. Of course, how the eff did that 2nd island remain undetected? It seems as if the Castaways have charted most of the perimeter of the Island, whether on foot or by boat. How, then, did a whole, new island escape their grasps? I guess Alcatraz has a handy invisibility shield. 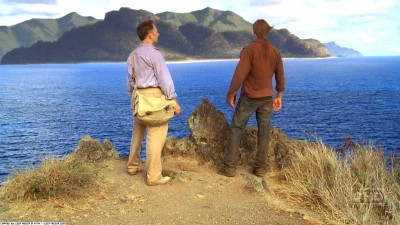 That’s all for now. Next week looks like fun, as we introduce real, live pirates into the mix! 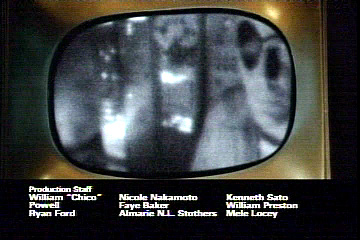