Who were the “Adam” and “Eve” bodies in the Caves? Check.

Where did Jacob and Esau come from? Check.

How did Esau become the smoke monster? Check (sort of).

Why does Esau want to get off the Island? Check.

Why are Jacob and Esau at odds with each other? Check.

What are The Rules? Check (again, sort of).

Why can’t Jacob and Esau kill each other? Check.

What is the Island? Not quite. 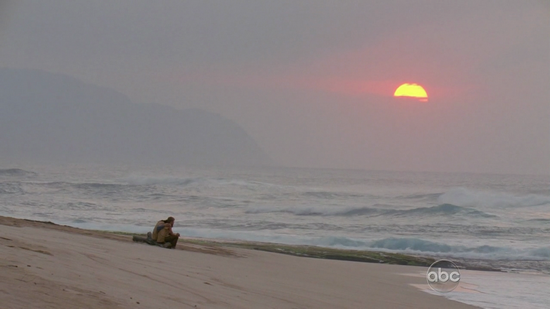 As the sun sets on Lost, are those the answers you were waiting for? Maybe, but I’m guessing tonight’s episode gave birth to a whole bevy of new ones, and I’m also guessing a portion of those watching are more annoyed/frustrated than ever. I believe it’ll make sense when all is said and done in a little over a week and a half (not long now, eh?), but the magical, golden light explained by Jed Bartlett’s press secretary (Google it) as the “source; the heart of the Island” may not cut it for some. I’ll do my best to infer what “Mother” was talking about. (I’d like to call her “Gaia” but I’ll save that for later.) 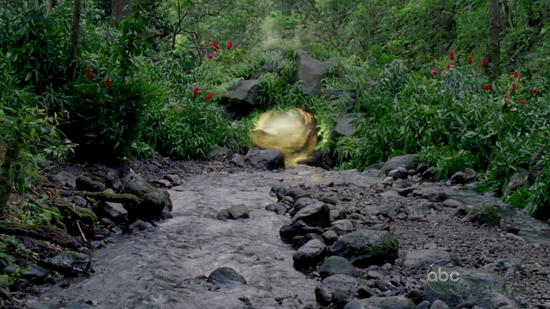 Whatever the source of the “warmest, brightest light you’ve ever seen or felt” at the base of the waterfall, it seems that light is responsible for life itself, as it lay within every man, woman and child living. Ironically, it is Mother’s duty to protect it from those very same men, women and children who would seek to take more of it than has been given them. (Whether or not this light can be scooped up with a ladle, bottled and then sold as “W.G. Pennyfeather’s Amazing Elixir against Maladies of the Mind” at the local general store are logistics probably not worth pondering.) “People” are easily corruptible, a viewpoint we later hear Esau quote verbatim when talking to Jacob. “They come, they fight, they destroy, they corrupt. It always ends the same.” It’s Mother’s role to essentially save the human race from itself and preserve the light that sustains them.

[Sudden tangential interruption: I’ve got iTunes playing some music while I write this, and Spoon’s “I Saw the Light” came on while writing that last paragraph. A sign?]

This doesn’t explain why dead people are whispering in the wind, why babies can’t be born, why Locke is no longer paralyzed, or what happens if the “light” is extinguished, or hell — how the Island came to be — but we now have our “spiritual” explanation of the place. Hopefully the science is to come.

Let’s talk about Mother, specifically. I referred to her as “Gaia” earlier, and that bears some extrapolation. 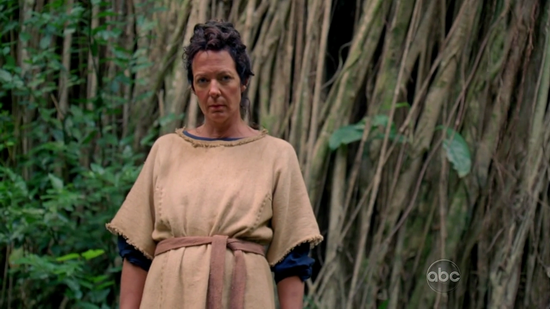 Gaia (pronounced /ˈɡeɪ.ə/ or /ˈɡaɪ.ə/; from Ancient Greek Γαῖα “land” or “earth”; is the primal Greek goddess personifying the Earth, the Greek version of “Mother Nature”. The mythological name was revived in 1979 by James Lovelock. The hypothesis proposes that living organisms and inorganic material are part of a dynamic system that shapes the Earth’s biosphere, and maintains the Earth as a fit environment for life. In some Gaia theory approaches the Earth itself is viewed as an organism with self-regulatory functions. [Wikipedia]

Her role as protector of life itself would seem to jibe with that namesake. Moreover, some interesting stuff from Lovelock’s attempts to prove his hypothesis vis a vis the “Daisyworld Simulations:”

Lovelock responded to criticisms by developing the mathematical model Daisyworld with Andrew Watson to demonstrate that feedback mechanisms could evolve from the actions or activities of self-interested organisms, rather than through classic group selection mechanisms.

Daisyworld examines the energy budget of a planet populated by two different types of plants, black daisies and white daisies. The colour of the daisies influences the albedo of the planet such that black daisies absorb light and warm the planet, while white daisies reflect light and cool the planet. Competition between the daisies (based on temperature-effects on growth rates) leads to a balance of populations that tends to favour a planetary temperature close to the optimum for daisy growth. Lovelock and Watson demonstrated the stability of Daisyworld by forcing the sun that it orbits to evolve along the main sequence, taking it from low to high solar constant.

This perturbation of Daisyworld’s receipt of solar radiation caused the balance of daisies to gradually shift from black to white but the planetary temperature was always regulated back to this optimum (except at the extreme ends of solar evolution). This situation is very different from the corresponding abiotic world, where temperature is unregulated and rises linearly with solar output. Later versions of Daisyworld introduced a range of grey daisies and populations of grazers and predators, and found that these further increased the stability of the homeostasis.

This enables nutrient recycling within a regulatory framework derived by natural selection amongst species, where one being’s harmful waste becomes low energy food for members of another guild. [Wikipedia]

Pretty easy to key in on the white and dark references there, hm? 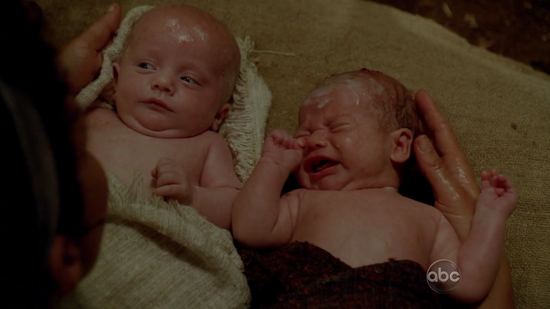 Despite the benevolent and caring characterizations inherent in references to a Gaia-like protector of nature, I can’t help but question Mother’s motives. After all, she became matriarch to Jacob and Esau by murdering their biological mother. Later in the episode, Mother very much reminded me of Desmond at the tail end of his Swan Station button-pushing duties. There doesn’t seem to be a technical or biological requirement that she have a successor; she certainly didn’t age in the 30+ years of Island life we saw in tonight’s episode. She’s simply tired of holding the mantle of Island/life protector. Moreover, she thanks Esau when he eventually kills her. Utter relief. So perhaps her motives were more selfish; she certainly ain’t perfect.

5 thoughts on “Means to an End”