Welcome back, folks! That was a helluva way to start the season, amirite? I’m liable to jump around quite a bit here, so forgive me while I break off some rust and get back in the swing of things. Since we got two episodes tonight, two recaps you’ll get as well. Yes, yes, you’re welcome; please save your applause until the end.

Much like last season’s seminal “The Constant,” you’re liable to get lost pretty quickly if you’re not paying attention to everything Faraday’s been talking about. Hell, even if you’ve been paying close attention to all the timebending madness we’ve seen over the last season, you’re liable to be lost. Let’s try to make sense of things, shall we? I’ll first point you to the “Lost-ions” post I put up Sunday: click here. It’s a good primer to recap everything you might want to remember from the first four seasons. Go ahead; I’ll wait.

The season starts off, appropriately, with a shot of a clock flipping to 8:15am (if you’ve made it to season 5 without going mad, I shouldn’t have to explain the significance of that number) at which point the alarm goes off. 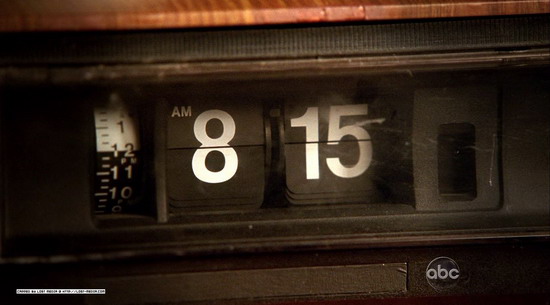 We see a hand hit the snooze button and hear a baby crying. A woman of seeming Asian descent wakes up her bedmate, who we don’t see immediately. My first thought was Ben until the man turns on the record player, which looked suspiciously like the one we saw in The Swan way back in season 2. So, I’m thinking these must be some Dharma folks and indeed, that is the case. We’re in Othertown back when it was still the Dharma Initiative’s happy commune. Combine that with the ethnicity of the woman and baby and who else could it possibly be but the enigmatic Pierre Chang?! 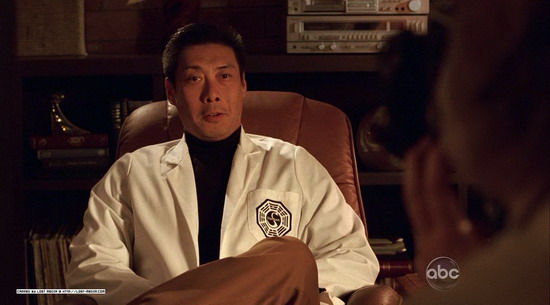 You may know Mr. Chang better as “Mark Wickmund,” “Edgar Halliwax,” or “Dr. Marvin Candle” from the myriad Dharma station orientation videos. We see the irritable Chang, clearly in charge, start recording just such a video for The Arrow (which the tail section survivors called home for a short while) before he gets interrupted by another Initiative member telling him something’s happened at The Orchid. We should all know the station’s purpose; if not, refresh your memory with the orientation video:

Now, discussion of time aside for a moment, it seems clear that the Initiative, at least under Chang’s leadership, isn’t on the Island for benevolent research purposes. His aims seem to be exploitative, intent on harnessing the “limitless energy” inherent in the anomaly his workers are trying to reach by drilling through solid rock to “allow [them] to manipulate time.” 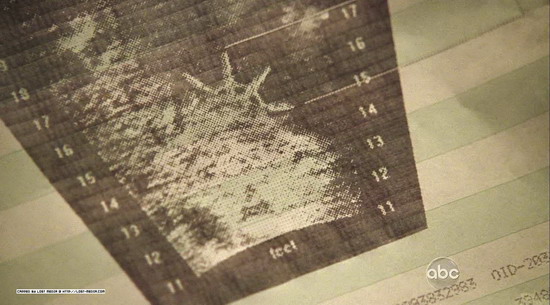 Whatever energy lies behind that rock wall, breached only by the frozen donkey wheel Ben turned in last season’s finale, could apparently wreak havoc on the Island and perhaps the world. As Chang put it, “God help us all” [if that energy is released]. The bloodied miner writhing in pain and bleeding from the nose looks to have been suffering the same “time sickness” symptoms as George Minkowski and Desmond felt last season. Some great stuff–these are the kind of flashbacks I’ve been eager for, going back to the early days of the Initiative. But what this flashback makes abundantly clear as well is that we still have a ton to learn about the Island and its origins. 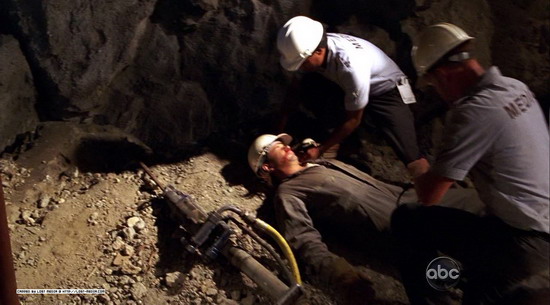 Of course, the riveting flash into the past is punctuated by the appearance of Daniel Faraday who, unless he’s found the same age-defying wonder drug Richard Alpert uses, has successfully travelled back in time to…do what? Stop Dharma from messing around with the Island? To be answered at a later date; what’s important is that Faraday has somehow figured out to physically travel through time. This is much different than Desmond’s consciousness-leaping going on in “The Constant” and “Flashes Before Your Eyes.” 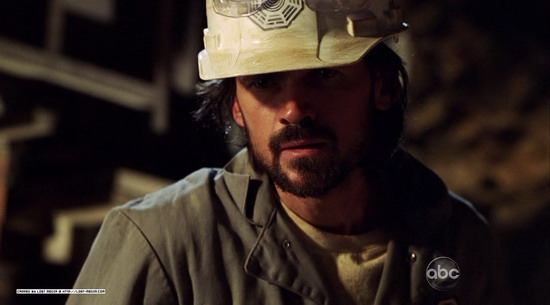