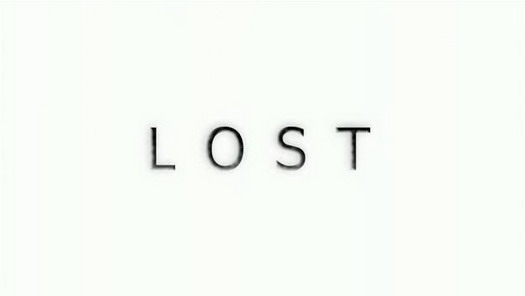 My mind’s a-racin’ and I’m not sure what I want to focus on, so let’s just go chronologically through the episode (as if the term “chronologically” could ever be applied to this show).

All of This Has Happened Before
They didn’t make us wait long to meet Jacob, manning a cotton gin as he weaves a tapestry of Egyptian hieroglyphs and perhaps some Greek text? 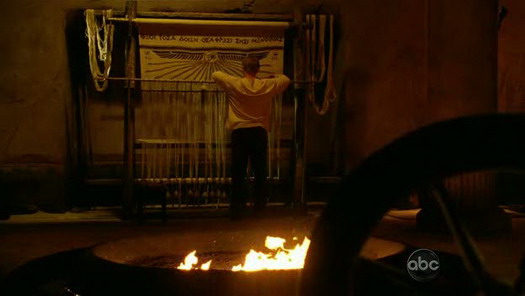 Exiting the humble abode to rustle himself up some lunch, the man in white sits back to watch the Black Rock arrive offshore, signaling to the audience that this is taking place sometime in the 1800’s. 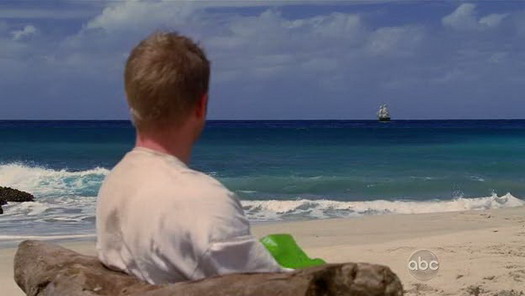 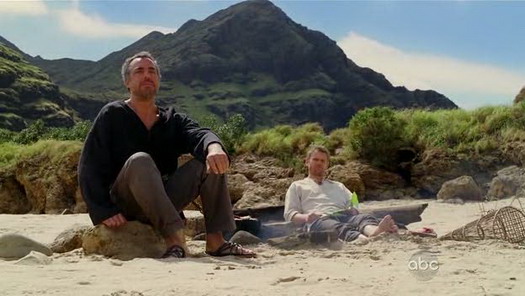 Jacob and his twin brother, Esau, were born to Isaac and Rebecca after 20 years of marriage.

She received the prophecy that twins were fighting in her womb and would continue to fight all their lives, and after they became two separate nations. The prophecy also said that the older would serve the younger; its statement “one people will be stronger than the other” has been taken to mean that the two nations would never gain power simultaneously: when one fell, the other would rise, and vice versa. [Genesis 25]

Jacob and Esau converse about the former’s apparent history of bringing people to the Island to do…what? Whatever it is, he’s at odds with Esau about it.

Have we just had the entire framework of the series handed to us? Is this exchange “The Answer” we’re all wanting to the “What does it all mean?” question? Jacob’s been bringing people to the Island (weaving disparate threads/castaways to create a tapestry/success) to accomplish some goal. That goal seems to be proving that the human race is worthy of salvation; that for all their faults, humanity is inherently good.

Generally speaking, it’s a battle of the forces of light versus the forces of darkness; good versus evil. Jacob puts all of his pieces together to accomplish that goal, while Esau is forced to serve his younger brother. 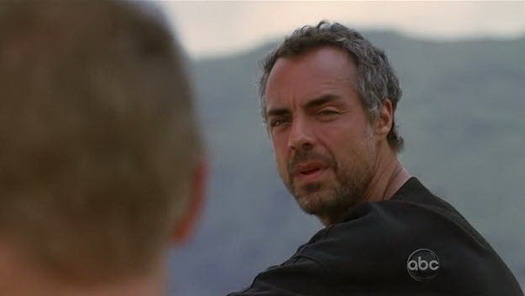 That doesn’t mean Esau is happy with the arrangement, however, as he continues looking for a “loophole” that’ll allow him to circumvent the prophecy I quoted above and vanquish Jacob so he can take over control of the Island (and whatever greater force it represents). It looks as if this is a chess match (or backgammon, if you prefer; we know Locke does) that’s been underway for countless years. And while Jacob’s attempted to prove Esau wrong many times, he’s apparently failed each time thus far. “It only ends once.” What does that mean? Does he have a set time period within which to win this war? Does he only have enough credits for 10 games of “Shipwreck Survivor?”

16 thoughts on “It Only Ends Once”