With all the show has left to accomplish in its final run of episodes, you probably couldn’t blame Lost’s writers for going heavy on exposition while sacrificing storytelling that has really made the show the success it is. You can have all the smoke monsters, Numbers, whispers, polar bears and Dharma stations you want, it’s all meaningless without strong and engaging characters and a story to accompany them. While tonight’s episode didn’t mark the completion of Hurley’s character arc, the moments shared between his X-self and Libby-X were among the episode’s best, along with his inexorable grasping of the mantle of Island leadership of our candidates. Tonight’s episode has me primed (as if I needed help) for the last handful of episodes because, while I’m sure all of “The Answers” will be forthcoming, I’m expecting some flat-out great storytelling and engagement in the characters that’s made this show truly great. 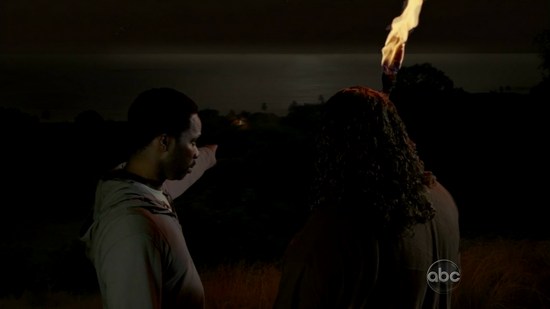 “The Answers are way the eff over there, man.”

Desmond’s newly-discovered role is to serve as a guide or, perhaps a better term, catalyst to force those in the X timeline to realize they have a choice between their current reality and the one they “lost” when Juliet set off Jughead last season. Mr. Hume’s role flies in the face of the predetermined destiny Ms. Hawking (or Eloise or Ellie or Mrs. Widmore) seems so intent on protecting via course correction in her role as timecop — he’s out to ensure all of our castaways have a choice as to where their life leads. This is the realization of a theme that’s long been a part of Lost’s storytelling motifs: the struggle all our castaways have had to simply have faith and believe they’ll be led down a path toward salvation (whatever the hell that is at this point) versus taking control of their lives and making the choice as to their next step. 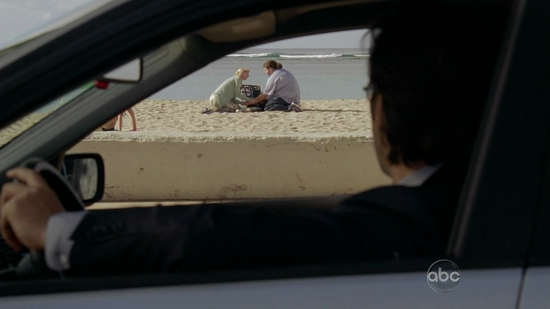 Desmond worked his magic with Hurley by convincing him to get Libby to join him on the picnic he never had a chance to enjoy while on the Island (Michael having preempted those plans vis a vis his murder of Libby and Ana Lucia). Both Hurley-X and Libby-X appear well on their way to making such a choice by episode’s end. Let’s say, as I posited last week, that all of our castaways will eventually have the ability to choose between the X timeline or the “whatever happened, happened” timeline back on the Island. If the Island Libby died, what does that mean for Libby-X’s consciousness? Does it have a place to go? Would it transfer to Libby’s corpse and reanimate her? I doubt it. Might Libby serve as a sort of proof-of-concept that those who died in the Island timeline can be resurrected if their X selves somehow journey through time and space to get back to the “godforsaken rock” (as Esau tellingly refers to it)? 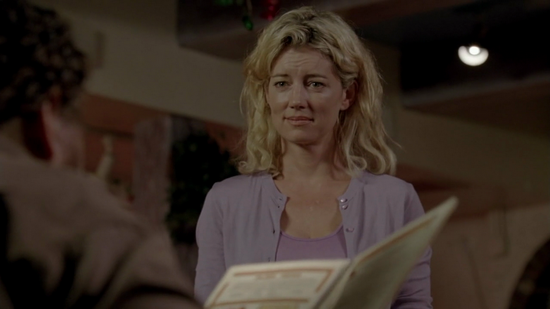 Let’s talk a bit about the episode’s rather shocking ending, with Desmond plowing into the wheelchair-bound Locke-X. Island Locke died at the hands of Ben back on the mainland, and so, where would Locke-X’s consciousness travel if he chose the Island timeline? We’ve seen enough circumstantial evidence at this stage to state Smokey can only employ the visages of those that’ve died. We’ve also learned in recent episodes (via Ilana) that Smokey’s currently stuck looking like Locke, for some reason. That’s a question yet to be answered, but if Locke-X somehow makes it back to the Island, I’d think that would cause some kind of paradoxical conundrum for Smokey, who would then no longer be able to appear as Locke. And if, as Ilana said, Smokey can’t change form, does that mean he is relegated to only his gaseous form? Still pretty powerful, he is (I’m channeling Yoda), but perhaps he’s actually more vulnerable in that form. 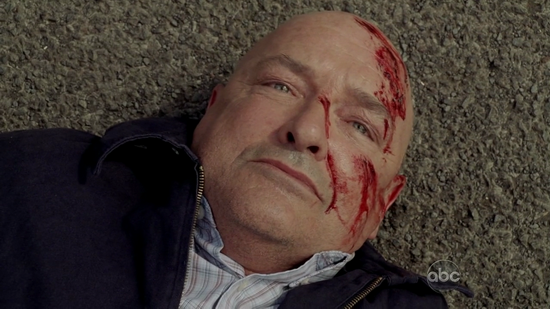 Whatever the case happens to be, I’ve never been more sure of where we’re headed: each of our castaways must make a choice and/or a sacrifice before all is said and done. That could mean all of them must choose one of the two timelines together; it could mean they’ll all end up separated forever; it could mean there has to be some sort of balance between the two timelines. Jacob, if we are to take him at face value, brought people to the Island to prove Esau mankind could choose the light over the dark, that humanity’s nature was inherently good. I can think of no plainer way to illustrate that than the choice between timelines. Man, I can’t wait to see what happens next.

8 thoughts on “Issues with Reality”