I can easily see many viewers being frustrated by tonight’s episode, particularly as it’s Lost’s final season and “The Substitute” — while full of some great stuff to pore over by way of screenshots — offers a lot of clues without explicit answers. I say have some patience and enjoy the ride; we’ve got 14 episodes left for answers, and the deliberate way in which we’re slowly being given pieces of the puzzle one by one will make for a much more rewarding experience when all is said and done (and will make eventually re-watching the series on DVD, looking for all those clues, all the more enjoyable). Plus, no Kate to deal with tonight – you should all be thankful for that! Although, perhaps the lack of Kate in tonight’s episode should be assigned some significance. Let’s start at the end, with our mysterious, Numbers-laden cave. 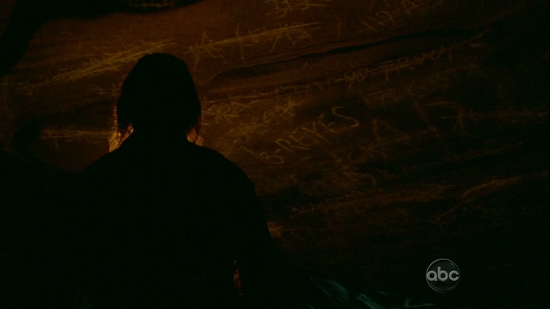 The episode’s title, as I mentioned, is “The Substitute.” There are a number of ways to interpret that:

Those translations are all well and good, but none appeal as much to me as figuring out who will serve as the possible substitute for the latest name to be crossed off Jacob’s scrawled list of names covering the walls of The Cave. 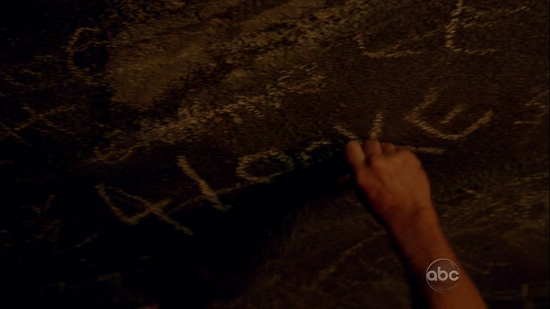 Of course, maybe there isn’t a substitute for him. Plenty of names have been written on the cave walls over the centuries as Jacob has tried unsuccessfully to “win” whatever game he’s playing with Esau on the Island. Refer, again, to the conversation Jacob and Esau had in “The Incident:”

All those names crossed-off; all those people dead; all “just progress.”

9 thoughts on “Here's to Being Dead”