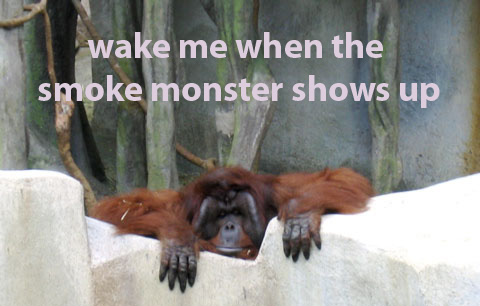 We haven’t moved the plot forward, and no big mysteries have been solved. I see what the show’s creators were going for recently when they tried to get ABC to hold the 8th episode until after the hiatus, as it’s kind of a “meh” way to end the first part of the season, particularly after last week’s show ended with the big (though expected) reveal of Michael. Here’s hoping things pick up considerably in the last five episodes starting in April. In like a lamb and out like a lion is what I’m hoping for, if you’ll forgive my awkward paraphrasing.

I’m now off to Fiji for some rest and relaxation on the beach. See you on April 24th!

5 thoughts on “No More Secrets”