A perfect end to a beautiful episode. Lost is complete. I’m relatively certain many will not share my sentiments, as that wasn’t a Matrix Revolutions-style Architect explanation of an episode that’s going to answer every little facet of every question we’ve ever had on the show. There are significant questions that were not answered explicitly, and more still that weren’t really answered at all. As much as my recaps have dwelt on the “little stuff” that constitutes much of the show’s mythology, the majority of Lost’s best moments–the truly great ones–have been about the characters. Electromagnetic energy, Egyptian hieroglyphs, polar bears, food drops, names scrawled on a wall, lighthouses, mirrors and giant smoke monsters aren’t trifling elements to be cast aside, but dwelling on them can make it easy to lose sight of the bedrock thematic elements that have truly sustained the show. Faith, destiny, choice. What gives your life meaning? 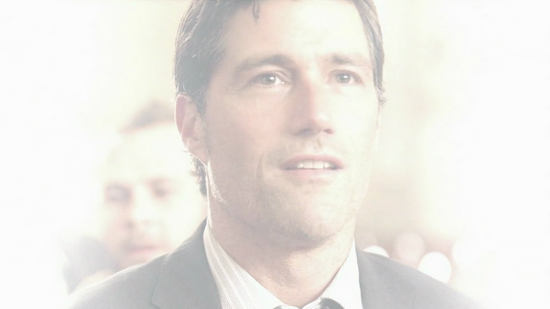 Let’s talk about the ending. My take: the entire flash-sideways storyline was not a flash-sideways at all but ultimately a flash-forward-of-sorts to a time/place where everyone’s already died. A “pre-Heaven,” if you will, within which our castaways can come to terms with the lives they led and the decisions they made before ultimately moving on to the Great Hereafter. To call it a flash-forward wouldn’t be quite appropriate either, since that applies a connotation that includes the concept of time. Let’s call them “flash-afters.” The flashes this season are independent of time and don’t have a conventional temporal flow. Think of a river as the linear flow of time. Above that river lies a place overlooking its entire length and breadth. Out of that flow of time, it exists neither in the past, present or future. It just “is.” It’s the place we all go after death but before moving on. Once you arrive there, time has no meaning. If you die in the year 2000 and your friend dies in 2100, you don’t wait 100 years in limbo for them to join you. Time in that sense has no context there. The proverbial light at the end of the tunnel, or beyond the church doors Christian Shephard (a name we can take quite literally) opens, is heaven; the afterlife; a higher plane; nirvana–it’s whatever your choice of spirituality and faith deems “moving on.” 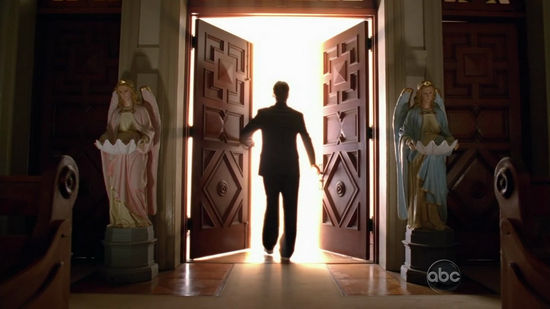 To try and analyze it any more deeply than that is to rob the final episode of its ultimate gift: self-defined meaning for the viewer. Yes, you can call that a cop-out in terms of writing, but it works for me. And now, I will go ahead and analyze it more deeply. Christian tells Jack this season’s flashes were a creation of the castaways to ensure they all met up again before moving on. From day one, we’ve seen the castaways pop up in each other’s flashbacks. The further along we got, those moments became less easter egg-y, less happenstance and more significant — these people were bonded together in some way. Sure, Jacob had identified many of them as his candidates, but they all fit together in a broader mosaic that allowed them to ultimately save mankind (more on that later). That inter-dependency in life held true after life as well. “Nobody does it alone.” 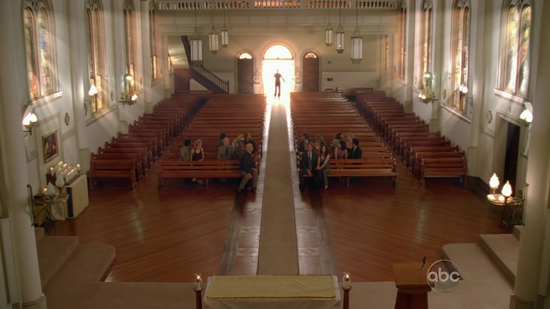 I found it to be a beautiful moment — one that made everything that’d come before it in six seasons all matter. The fear with Lost has always been whether or not what we’re seeing onscreen was actually happening, that perhaps the castaways were all in purgatory or even hell. Either that, or one of our characters wakes up in bed, and utters something about having just had “the craziest dream.” No, whatever happened, happened. Everything that took place before, during and after the Island happened and had significance. While this season’s flashes did not occur in a reality any of us can truly define or experience (yet), they weren’t a dream or a figment of imagination; they were all important moments that allowed the dead castaways to come to terms with their lives and the decisions they made before “moving on.” In order to do so, they had to “let go” of idealized attachments they created in their minds, the son Jack never had, for example. All of them died at different times after the events on the Island in the finale. Everyone dies, after all. No matter your religion–Christian, Islam, Hindu, Buddhist–once they did die, they left that river and joined each other in the afterlife. 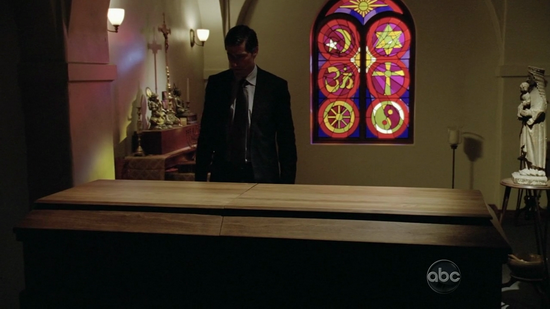 30 thoughts on “Happily Ever After”