Now we’re talkin’. There were a whole slew of things to mark off the “what does it all mean?” checklist tonight, which I’ll get to shortly; but of course, it wouldn’t be a Lost episode if we didn’t get a whole new slew of questions that need answering down the line.

As has become readily apparent over the course of the season, Ben has a tenuous hold over his band of Others, and at no time had that become more evident than in tonight’s episode. Ben could see control of the “tribe” being wrested away from him by Locke, right in front of his eyes. No one came to Mikhail’s aid when Locke beat him, no one questioned why Locke was able to force Ben to take him to see Jacob, and as we saw last week, they all see Locke as a messianic savior to lead them out of the tyranny of Benjamin Linus. Unfortunately, we also know Ben is a master tactician, always staying eight moves ahead of everyone else. Locke found this out the hard way, taking a bullet in the gut for his trouble. 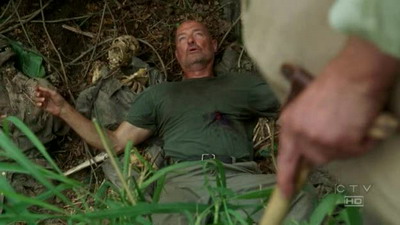 While I’m certain Locke isn’t gone (the creative staff wouldn’t dare rob the show of its’ most interesting character), I’m wondering if he might be dead or well on his way to dying. People who’ve died have a funny habit of showing up anyway on the island. Jack’s dad, Kate’s dad vis a vis Sawyer, Eko’s brother, and now Ben’s mom. Maybe an Obi-wan Kenobi-like resurrection is in store for Johnny boy. “If you strike me down, I shall become more powerful than you could possibly imagine.” Okay, the nerd quotient in this post is fast reaching unprecedented levels. I did mention Locke being a messiah-like figure earlier, and how better to illustrate that than rising from the dead 3 days from now? (The Others plan to raid the castaways camp in a day or two, which will likely give us our season finale, making the season 4 premiere the perfect time for Locke to emerge from his tomb.) 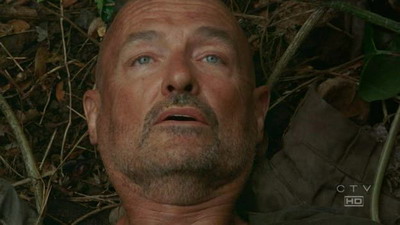 I really like what they did with Ben’s character in the episode’s flashback, finally presenting some cause for the ruthlessness he displays in his treatment of his “subjects” and the castaways. After years of psychological abuse at his father’s hands, Ben became one, sick puppy, so much so that he willingly helped the “Hostiles” wipe out the entire Dharma Initiative in The Purge. Pretty twisted. One wonders what became of Annie. Was she wiped out in The Purge, or did something happen to her long before–did her death or departure send Ben over the edge to the point he became capable of mass murder? 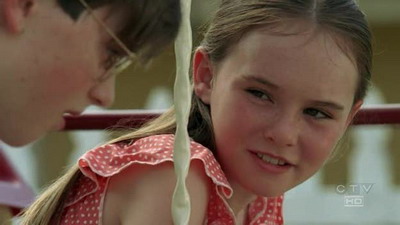 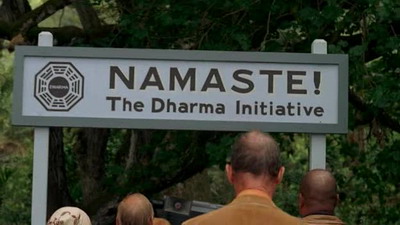