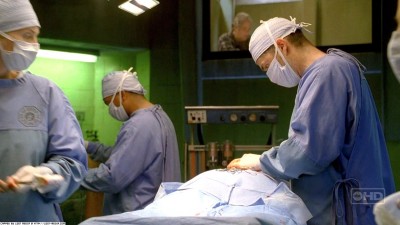 The overall focus of tonight’s episode, however, is on Kate and her coming to terms with committing to something or someone instead of running away once again. She’s been on the run ever since “blowing her father up,” and she’s been running away while on the Island as well, albeit in the emotional sense. She’s been afraid to commit to Jack or Sawyer, and was among the first to try and get on the raft outta town in season one. By the end of tonight’s episode, she’s finally stopped running, committing to stay with Sawyer and Jack instead of taking the chance to escape Hydra Station. Ironic that her finally staying put will make for less-than-ideal circumstances for Jack and Sawyer.

But she can’t run anymore; she’s made the decision to stay, something she couldn’t do with the doctor she loved and got killed, or with her husband, Kevin. I’ll have to check some other sites for this, but I’m relatively certain we’ve seen Kevin in a past episode at some point, but I may chalk that up to it being 11:46pm and my being exhausted. Regardless, he’s just another notch on Kate’s belt of abandonment. 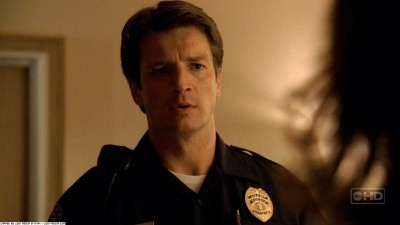 The other significant character development lies with Jack. After having seen Kate apparently content in Sawyer’s arms, he no longer feels an attachment to her, shedding himself of what might be the last vestige of commitment to staying on the Island and fighting. He now just wants to go home, as he makes clear in his demands to Ben before the surgery. He sounds like he’s no longer concerned with leading the castaways or fighting the Others or figuring out just what the hell is going on with the Island. I think we could see an interesting dynamic next year if Jack does indeed get off the Island and back to the real world.

There are some brief scenes away from Hydra Station with the rest of the castaways, but the only real observations we can take from them are Locke’s reading the inscription on the now-deceased Eko’s Jesus stick. 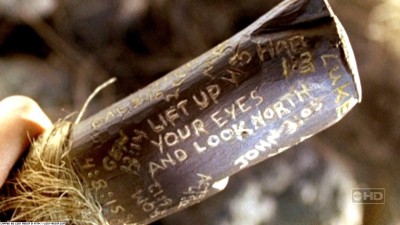 No doubt a set-up for the next part of the season, I’m curious as to just what that phrase means to Locke. Perhaps he’s found some new purpose on the Island. His mentioning of not knowing why Eko died, but knowing “he died for a reason,” seems to be Locke’s way of saying he still has the utmost faith in the powers of the Island, and will take every opportunity to serve the Island’s will if he gets the chance. I’m not sure that bodes well for the rest of the castaways, something Sayid seems to have a feeling about when he insists on accompanying Locke into the jungle. Set that on the back burner for now.

Not too much to over analyze aside from that stuff, so we’ll get right to the bullet points.

One thought on “"Everything will be very different."”