So we ended last week with the Oceanic 6 one Hurley acquittal away from being reconstituted and ready to head off to the Island. Of course, as TV shows are wont to do, things are never that easy, and I fear we might have to sit through a few episodes of melodramatic whining before everyone wises up and realizes they all have to head back (I particularly enjoyed Ben furthering that cause by yelling at Jack and Sun in the van, telling them he’s gone through hell trying to savae their asses while they sit around and complain). Based on the pace the show’s maintained thus far in season 5, however, I don’t think we’ll have to wait that long. And hell, they can stay reluctant and go on vacation for all I care, as long as we keep getting more pieces of the Island’s backstory filled in.

As the time flashes increase in frequency, so too does my giddiness at all the stuff that went down. Smoke monsters, severed limbs, ruins, nosebleeds, Numbers, compound fractures, off-axis donkey wheels, and a partridge in a pear tree. Christian shows Locke a pre-Dharma donkey wheel chamber, with said wheel having “slipped off its axis.” About that wheel… Presumably, the flash that occurred while Locke shimmied down the rope in the well took him sometime back in the past. The frozen donkey wheel chamber appeared to be completely enclosed in rock; no hint of the ladder or passageway that led up into The Orchid. So, if this is in the distant past, why would the donkey wheel be off its axis? Christian seemed to imply it was in such a state because Ben turned the wheel instead of Locke. 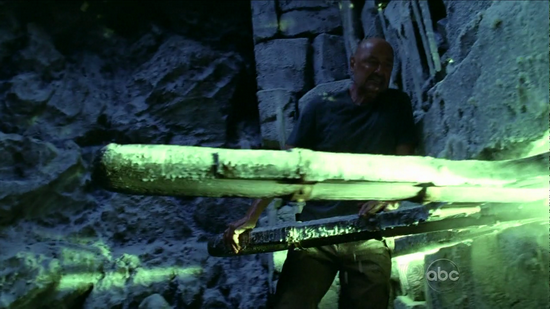 So it makes good empirical sense (had to throw that in here somewhere) that the wheel exists independent of the time or location of the Island and its inhabitants. If it’s off its axis in “present day,” whatever the frick that means at this point, it’s off it’s axis in every point before and after that time. Fix it in the past, all’s well in the future. So…does that mean Locke stopped the flashes just by leaving the Island? If it were that easy, why does Christian/Island want Johnny to get the Oceanic 6 back onshore? Is there another side-effect of that wheel having been turned by Ben and not Locke? Something worse than the time flashes? Charlotte might beg to differ. 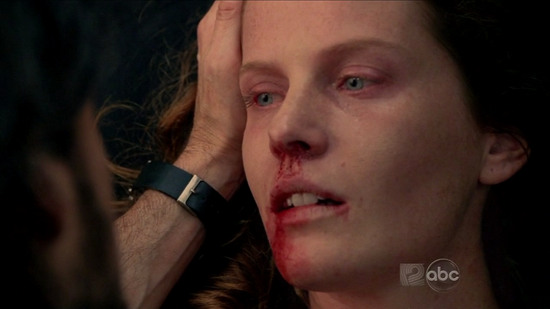 We’re given hints throughout the episode that the Island’s aims might not be as altruistic as once thought. I’m not sure why we all think the Island and those truly protecting it are the “good guys,” but I think it’s been kind of assumed thus far, yes? I don’t think we’ve ever had definitive reasons to think the Island is “bad.” Metaphorically speaking, is the Island “death,” as Charlotte insists it is? Something about the way Christian reiterated to Locke the need to get the departed castaways back to the Island seemed slightly sinister. I no longer feel like we’re headed down the “everyone gets back onshore, makes the Island whole, takes care of Widmore and lives happily ever after” road. Perhaps Locke is not the only sacrifice the Island is demanding. 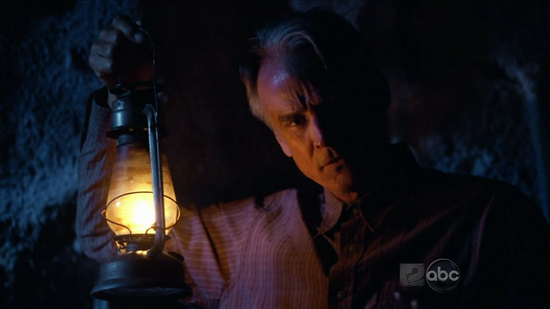 More to come (hopefully from Ms. Hawking next week).