Seeing as we’re mere weeks from the third season premiere of Lost on October 4th, I should probably try and get back in the swing of things with a summer recap. And much to recap, there is, surprisingly. Hinted at in a Jimmy Kimmel Live spot back in May, there’s been a running viral marketing campaign/game on the web, centering around the HansoExposed.com website. A woman by the name of “Rachel” seems to be behind it, with her apparent goal the destruction of the enigmatic industrialist Alvar Hanso and his eponymous foundation. 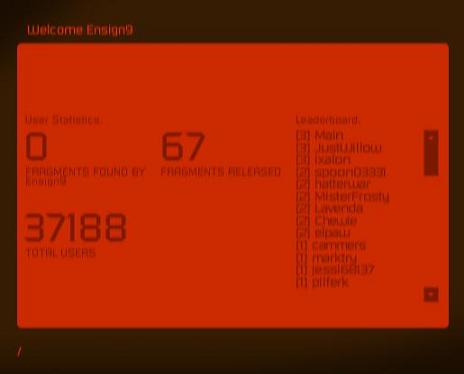 This Rachel, under the hacker alias of “Persephone,” was also responsible for hacking into the Hanso Foundation website, which led them to shut down the site, but not before leaving a video to counter her attacks. Dr. Thomas Mittelwerk, a Hanso employee/scientist, reiterates the foundation’s stated goal of bettering humanity and that the unprovoked attacks by the hacker are without merit.

Confused? Me, too. You can catch up on most everything that’s gone on this summer here. That saves me valuable typing time (I’ve got a “Monkeys Attack” video I have to post as quickly as possible).

The main focus of the game is to gather pieces, or “fragments,” of the “Sri-Lanka Video,” which have been uploaded, along with other audio and video, to various locations around the web. Namely, websites like sublymonal.com, broadbandstories.com, some Yahoo site, Jeep’s site for its brand new 2007 Compass!, etc., etc. You can check out Rachel’s blog for more.

As far as the Sri-Lanka video, you’re directed to start at a Verizon website (gotta get all those plugs for the sponsors in, I guess) and go from there. Based on the Hanso Exposed site, 70* fragments have been released, 60 of which have been assembled by participants in the game:

Take what you want from that.

On August 22nd, participants in the game received an email from “Rachel,” urging them to continue the hunt for fragments and alerting them to a new “game.” Said game involves finding Apollo candy bars, which you might remember from Swan Station’s pantry on the show. 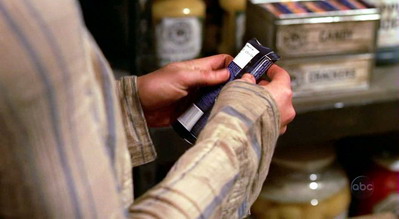 Some of these candy bars have a Wonkaesque golden logo and are referred to as “golden oracle bars.” What you get if you find one of these, I have no idea.

JUST WANTED TO LET YOU KNOW — THEY’RE AFTER ME…

I LISTENED TO DJ DAN. I FEEL YOUR SUPPORT. I CAN’T TELL YOU WHAT IT MEANS TO ME.

YOU’RE DOING GREAT WORK WITH THE SRI LANKA VIDEO. KEEP GOING. FIND THE PIECES. PUT THEM TOGETHER AT WWW.HANSOEXPOSED.COM

BUT THAT’S NOT WHY I’M WRITING.

THE REASON I’M WRITING IS TO TELL YOU… SOMETHING’S ABOUT TO HAPPEN. PAY ATTENTION. HEAD TO WWW.APOLLOCANDY.COM

THAT’S ALL FOR NOW.

At this point, my head is starting to hurt and this game really has little to no interest from me. I think this is just more marketing garbage. I’ll continue to cherrypick information from the web as I find out. You can check the status of this candy bar hunt at http://www.whereisalvar.com/.

IF YOU HAVEN’T BEEN TO WWW.APOLLOCANDY.COM…

LET’S SHOW THE HANSO FOUNDATION WHAT THEY’RE REALLY UP AGAINST.

YOU’VE WAITED A LONG TIME FOR IT…

AND, I PROMISE YOU. THE TRUTH IS COMING.

And, I promise you: I refuse to write anymore about this crap until October 4th. What all this nonsense means is anyone’s guess. My guess is that none of this online marketing campaign designed to get you acquainted with the Hanso Foundation will have any effect upon your enjoyment of Lost. Happy hunting.

One thought on “Cheap Marketing Exposed!”