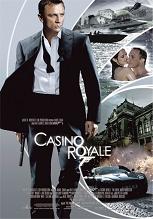 To their credit, the producing team behind the Bond series, Barbara Broccoli and Michael G. Wilson, seemed to have recognized this and settled on the first of Ian Fleming’s Bond novels to reintroduce the audience to 007 and perhaps break new ground in terms of actually developing Bond as a real person instead of a smooth-talking Rico Suave caricature (all apologies to Pierce Brosnan). However, I think they missed a golden opportunity to take us farther back in Bond’s development, centering on his career in the SAS and just how he learned all the skills he’s clearly already honed in Casino Royale. A wonderful movie could’ve been made focusing on a Bond that isn’t at the top of his game, a Bond that isn’t invincible. The only evidence of Bond’s fallibility in Casino Royale seems to be a misread bluff at the poker table. 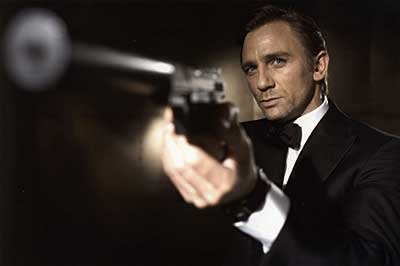 Problems, and there are a few in the third act: editing is all over the place, story doesn’t make a lot of sense, and characters behave inexplicably. The tension is ratcheted up before prematurely letting the air out of the tires and this is repeated several times in the last 30-40 minutes. It never truly hits its’ stride because of it, and that fact keeps it from being a truly great film.

What is great is Daniel Craig’s take on Bond and the action sequences. Craig makes a great Bond, blond hair or no, and his dour emphasis on giving the character a ragged edge is important to the overall idea of this reboot of the franchise. He’s not necessarily in control of every situation he finds himself in–you can see him developing his problem-solving skills as he moves along. His fellow actors do a bang-up job as well, from the smoking hot Eva Green as the newest Bond girl, to Mads Mikkelsen as his ruthless nemesis, “Le Chiffre.” This isn’t your typical Bond villain sitting behind a desk in an installation on a remote island, stroking some sort of furry animal on his lap while sending hordes of henchmen off to dispatch the British agent. Le Chiffre isn’t afraid to get his hands dirty, and dirty they do become. Judi Dench is always reliable and always great as M, Bond’s empowered supervisor.

Great, great action throughout the film, particularly with the Freestyle Break Dancing Spider-Monkey All-Stars chasing each other all over Madagascar in the sequence after the title credits; you’ll watch with mouth agape, shaking your head at some of the stuff you see onscreen. Great stuff there and throughout.

All in all, this is a solid reboot of the franchise, though not as much of one as the reviews I’ve seen would have you believe. It’s more of the same old Bond than a study in character development, but I can only hope the future holds Bond movies with an eye more toward character development instead of continued shoot-em-ups and explosions (although those are nice sometimes, too). What may bode ill for the future of the franchise is that Casino Royale concludes going in the direction of the past Bond films’ characterization of the agent, possibly relegating character development to the back burner in favor of more big booms and one-liners. That remains to be seen, but Casino Royale is a refreshing, almost-new take on the Bond franchise.