Lots o’ non-eventful setup tonight, but well done nonetheless. Expect next week’s two-hour blowout finale to have a little more meat. I’ll undoubtedly have an exhaustive wrap-up after that, so I’ll get right to the bullet points this week. 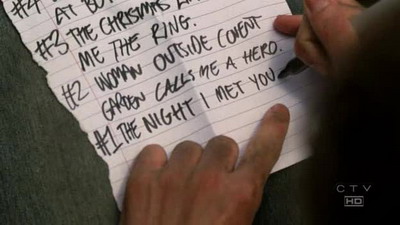 FYI, there’s a special Lost summary/primer show airing tomorrow (Thursday) night on ABC around 9:30. It’s been a great ride thus far, get ready for the fireworks next Wednesday. The title of the episode is “Through the Looking Glass.” Hmm, I wonder what that could mean. Big, fundamental changes to the show’s premise, methinks, folks.

2 thoughts on “Here we go again”