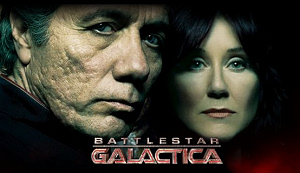 The show was developed (after a long and complicated process of big-name Hollywood players were attached at various points, most notably X-Men director Bryan Singer) by Ronald Moore, a veteran of the Star Trek: The Next Generation TV series. I can’t argue with the results of his work. The show is consistently interesting, regardless of whether it’s focusing on action-packed space battles, or the human drama of a group of 50,000 survivors scraping together an existence in deep space. 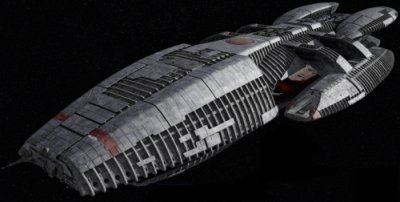 If you’re unfamiliar with the story, it centers around the conflict between the human race and their exiled servants, the Cylons (robots-cum-humanoids). The Cylons were banished nearly 40 years ago after a brutal war that ended with a mutual agreement to lay down arms. Well, they show up again and pretty much have their way with their former masters, which all leads to the Battlestar Galactica escaping, along with a rag-tag fleet of civilian and commercial ships, into deep space. 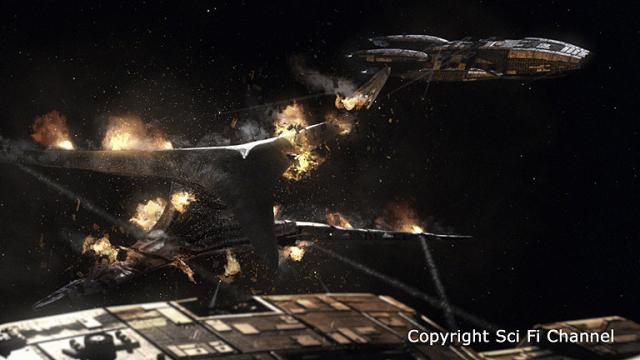 The show’s got action, drama, tension, great acting, great effects, hot sex, hot chicks, and chimps! Okay, no chimps. I won’t say too much more about it, because you should go watch it without knowing too much more, but it’s quickly become my favorite show.

One thought on “Battlestar Fantastica”