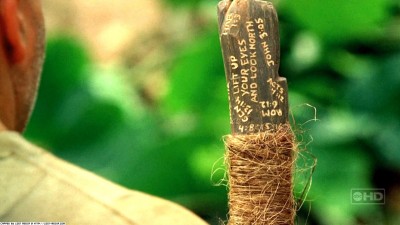 Jesus answered, Verily, verily, I say unto thee, Except a man be born of water and of the Spirit, he cannot enter into the kingdom of God. (John 3:5)

Why do you show me iniquity, and look at perversity? For destruction and violence are before me. There is strife, and contention rises up. (Habakkuk 1:3)

Eurekaâ€”from the Greekâ€”means, â€œI have found it!â€ It is what Archimedes yelled out when he discovered a method for determining the purity of gold.

And so Locke attempts to make amends for his sins and regain the faith he’d lost in the almighty Island. But is the kingdom of the Island one of virtue or manipulation? After all, Locke has shown himself “amenable for coercion” in the past, and this episode doesn’t make any clearer whether or not we should take what the Island gives us at face value or question everything we see. He can be manipulated easily enough, as “Eddie” proved. All it took to gain Locke’s trust was to mention a dead mother and a drunk father. Easy enough for John to identify with. After seeing the consequence of not pushing the button, Locke sees no alternative but to renew the once-impervious faith he had in the Island and thus serve at its’ apparent beckon call. As with all mysteries of the Lost variety, only time will tell if Locke is worshipping a higher power…or a mere golden calf.

Anyhoo, we start the episode (and, in effect, restart the season) with what else?–another eye shot, bringing our Eye Tallyâ„¢ to four. 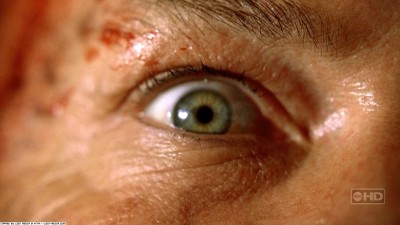 I’ve touched on some of what we see during Locke’s vision and journey to save Eko in the Quick Hits section below, so I’ll jump to some points of emphasis. Locke, by the end of the episode, seems to have established himself as the castaways’ new leader in Jack’s absence. Once again secure in his faith, he’s confident enough to rally them to save Jack, Kate and Sawyer, just as Desmond said he had…or would…

Which, of course, brings us to what could be the most important event in the episode: Desmond’s reference to Locke’s speech–before it happens. What in the eff? There have been myriad theories about the central conceit behind the show, from Purgatory to one, big dream, to a massive experiment to time loops and God knows what else. One theory that the show’s creators have actually hinted at, however, is that “time works a little differently on the Island.” Desmond’s sudden and uncanny prediction gives a lot more weight and muscle to that theory. He also certainly didn’t seem too fazed by his newfound abilities; what happened to him??? 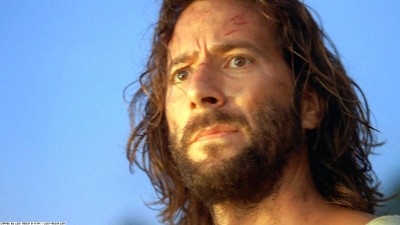 In true Lost fashion, of course, Desmond recognizes his slip and hushes up when Hurley questions him about the speech Locke had yet to give, so we’ll likely have to wait eighty-six more episodes before we find out what happened to Desmond from the time he turned the failsafe key to his naked run through the jungle. I do seem to remember that one of the Hanso Foundation’s experiments, back when their website was up and running normally, had to do with remote viewing–in essence, being able to see events from great distances away in your mind’s eye. You don’t have to stretch much farther to relate the concept of time to that ability. 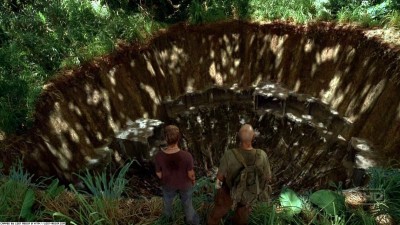 4 thoughts on “Amenable for Coercion”