Alright, that episode is gonna take me 8 years to write about and this could end up being the longest post in history if I try to dissect every little thing during last night’s telecast (and not just the episode itself). I’ll have to prioritize here. I’ll deal with the big event outside the actual show that we saw last night: a commercial for the enigmatic Hanso Foundation, which aired right before the last segment of the show. I’m lucky I even caught it while fast forwarding, but I did, and it not only provides a phone number to call (1-877-HANSORG), but also links you to their updated website (it had been down for the last couple of months, obviously for renovations): The Hanso Foundation Website. 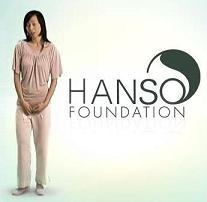 Years ago, the movie A.I. successfully started the so-called “viral marketing” craze with a game-of-sorts that could be solved only by working together with others on the web to sort through clues spread across websites and accessed through certain phone numbers and movie trailers. Nicknamed “The Beast,” the game was designed and implemented by Microsoft and you can read more about it here. Below is the image from the A.I. trailer that started it all (note the notches on each character). 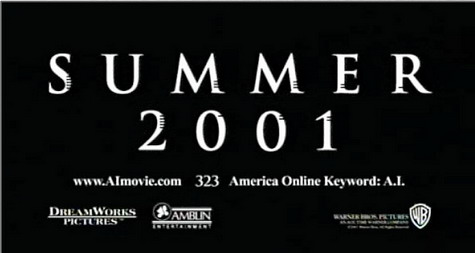 I outline this because it’s been rumored that ABC/Lost is going to be doing the same thing over this summer, and the commercial last night and the related website are the first breadcrumbs along the trail will lead to…what, I don’t know, but it should be interesting. There are a million different things to analyze on the Hanso site, which seems to react strangely when you try to register for its newsletter (you get prompted for a username by “Persephone,” apparently a rogue A.I. that’s hacked the site). 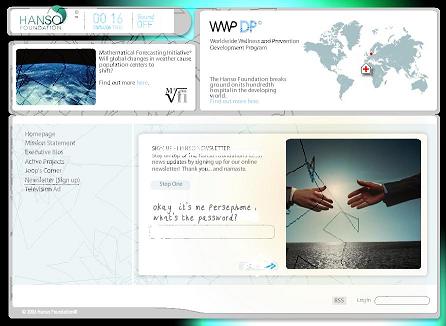 Persephone is the goddess of the underworld in Greek mythology. She is the daughter of Zeus and Demeter, goddess of the harvest. Persephone was such a beautiful young woman that everyone loved her, even Hades wanted her for himself. One day, when she was collecting flowers on the plain of Enna, the earth suddenly opened and Hades rose up from the gap and abducted her. None but Zeus, and the all-seeing sun, Helios, had noticed it.

Broken-hearted, Demeter wandered the earth, looking for her daughter until Helios revealed what had happened. Demeter was so angry that she withdrew herself in loneliness, and the earth ceased to be fertile. Knowing this could not continue much longer, Zeus sent Hermes down to Hades to make him release Persephone. Hades grudgingly agreed, but before she went back he gave Persephone a pomegranate (or the seeds of a pomegranate, according to some sources). When she later ate of it, it bound her to underworld forever and she had to stay there one-third of the year. The other months she stayed with her mother. When Persephone was in Hades, Demeter refused to let anything grow and winter began. This myth is a symbol of the budding and dying of nature.

Unfortunately, I don’t have the password to go further yet, but I did manage to get through on the phone line finally. You’re greeted by the same woman from the website, and she asks you to enter your party’s extension or choose from the menu, which includes:

1-General Information: this leads to some French guy speaking in–you guessed it–French, bits of which I understood but most notably the name “Geronimo Jackson.” Said name belongs to a band whose album happens to be down in the Hatch. This leads to the address of the Hanso Foundation, only a part of which I caught: 544 [something], BK1604, Copenhagen.
2-Alvar Hanso: leads to a standard away message interrupted by a woman’s faint voice saying, “…what has he done with him? Who’s in charge?”
3-Tom Mittelwerk: He’ll be “away for two weeks,” but instructs those working for Widmore Labs (of pregnancy test and balloon fame) and Peak (?) Heavy Industry to contact the hotline for active projects. Clues to be analyzed later.
4-Hugh McIntyre: didn’t get through
5-Peter Thompson: didn’t get through

These are the five executives listed on the Hanso website, incidentally. You can rest assured that there will be sites up and running on the web shortly to exhaustively catalogue every clue found, much like the A.I. website I posted above. This is the start of what promises to be an exhausting summer (for me, because I’m sure you’re all depending on me to keep tabs on it).

Like I said, I could spend paragraphs upon paragraphs combing through the Hanso Foundation, but I’ve gotta get on to my analysis of the episode itself. Happy hunting.

Now that that’s out of the way, let me say: HOLY F*%K! Not once, but three times: HOLY F*%K! HOLY F*%K! HOLY F*%K! That’s the only way to sum up the reaction to the conclusion of “Two For The Road,” in which it’s revealed Michael has an itchy trigger finger and may just have been converted to Other status. Another rumor of late has been that ABC and the Lost creative staff were looking to ditch the actresses playing Libby and Ana Lucia, as they had been arrested for DUI a few months back in Hawaii. Drunk driving conviction=you’re fired, apparently. Whether or not that event led to their whackings last night is hard to say, but who cares, because it resulted in that mindjob last night. 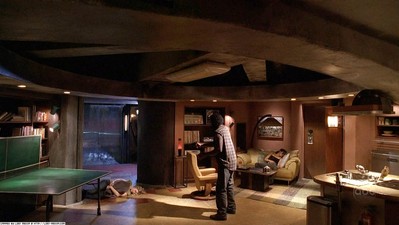 Now, first things first (although this is about the twenty-third thing I’ve talked about): Michael. The obvious conclusion is that he is now an Other, and that he was converted/brainwashed/convinced to join the Others’ cause while he was on his island jaunt the last several weeks. Perhaps he has the “infection” that Rousseau spoke about so often. The counter to all that, though, is that he shoots himself in the arm at the end. It looks like he’s making it look as if “Gale” shot Libby and Ana Lucia, but to what end? I don’t think the castaways needed any further motivation to go after the Others and Walt, so why did Michael do it? 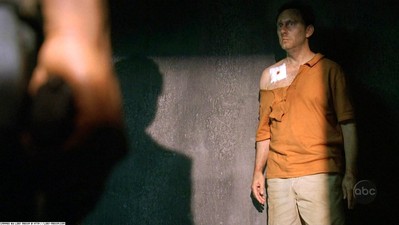 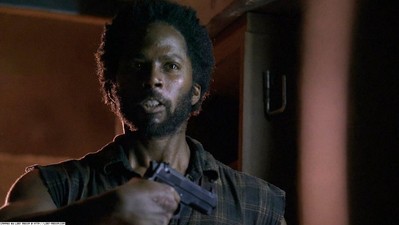 Stuff from other sites:

And it’s a good effing thing I was Tivo’ing Invasion tonight, because the end of Lost was cut off again about a minute early. DAMN YOU, TIVO-DEFYING TELEVISION NETWORKS!