So, The Lamp Post. I originally dubbed that Dharma logo that of “The Lighthouse,” which is kinda stupid, since it looks pretty much exactly like a lamp post. Anyway, The Lamp Post is the first Dharma station we’ve seen that’s not on the Island (well, the Looking Glass wasn’t, but close enough). 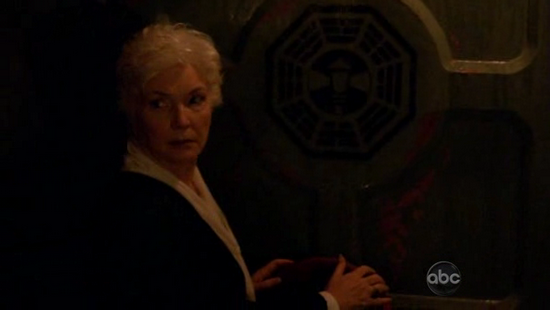 Its purpose, Ms. Hawking tells us, is to find the Island. The Dharma Initiative, way back when, became aware of “unique pockets of electromagnetic energy” scattered throughout the world, but all connected to one another. A “very clever fellow” (Gerald DeGroot? Pierre Chang?) figured a way to find those other pockets, specifically the one on the Island. Just how this man became aware of it in the first place remains to be seen. Perhaps the Army did indeed stumble upon it during the course of their a-bomb testing in 1954 (Jughead, anyone?). 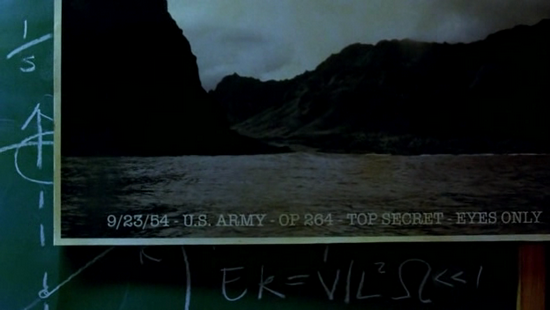 The Lamp Post was built above just such a pocket, much like The Orchid was built above one on the Island. Much like Ayers Rock in Australia is thought to be above one (remember Rose & Bernard’s visit to the faith healer in season 2?). The station is somehow able to predict just where the Island will be at which time; a nice feature, since Hawking also tells us the Island is “always moving” through time and space. (Presumably, the castaways on the Island somehow got out of sync with the Island’s natural movements, but I’m not going to get into a head-splitting analysis of time right now.) 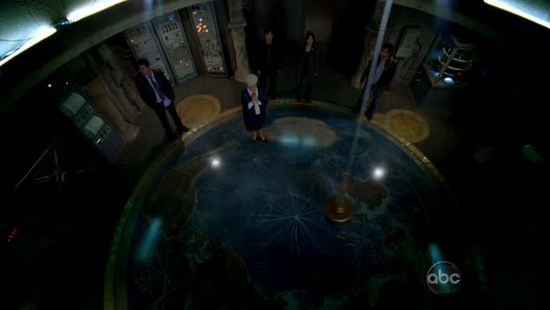 All this via a complicated pendulum gizmo tied to some fancy 1980’s computer equipment hard-coded with complex equations the “clever man” came up with to calculate various longitudes and latitudes.

Up in that darkened alcove where the pendulum is attached to the ceiling is undoubtedly a number of chimps just pushing the thing back and forth, screeching in delight at everyone’s gullibility down below. 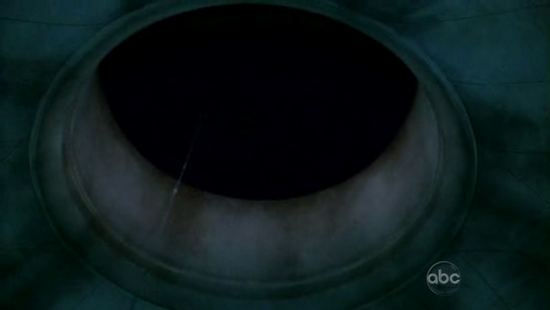 Regardless of those dastardly chimps or all the equations and computer equipment, Ms. Hawking tells our former castaways the Lamp Post has determined the Island’s next window of availability, which closes in a scant 36 hours. And then we get the answer to why all of the former Island residents needed to return; their trip back has to mirror the circumstances of their original voyage on Oceanic 815 as closely as possible. Ajira 316 stands in for Oceanic 815. Locke in a coffin wearing Christian’s shoes stands in for Mr. Shepherd himself. A law enforcement type escorting a captive Sayid stands in for the U.S. Marshal and his captive Kate. Charlie’s guitar stands in for, uh, Charlie’s guitar? Maybe Hurley’s got that thing loaded with Twinkies. And of course, our castaways. 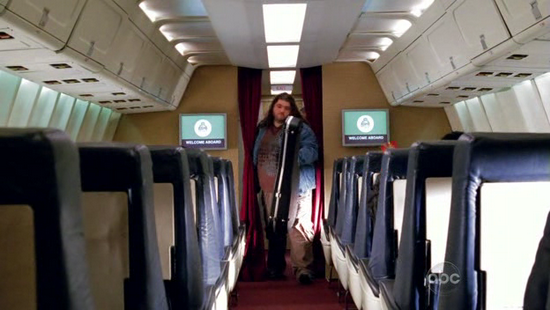