Based on how tonight’s episode started, I was ready to join the ever-growing chorus of Lost fans complaining about the show and it’s lack of real developments in the form of “answers.” We get more cliched, manufactured melodrama courtesy of Sawyer and Kate looking sad and glancing at each other over shoulders, and Hurley’s dad telling him about the power of hope and making your own luck, and the genesis of Hugo’s rotund physique, etc, etc. Boo frickity hoo. And gee, juxtaposing a rabbit’s foot with Hurley’s curse wasn’t too heavy-handed. Thankfully, all that stuff was in the rear view mirror after the first commercial break, as we got something of a lighter episode centering around a Dharma/VW hippie bus Hurley finds in the middle of the jungle. It’s amazing how much stuff these castaways keep finding within a stone’s throw of their beach. I’m guessing they’ll find a helicopter, a trampoline and a McDonald’s before the season’s through. 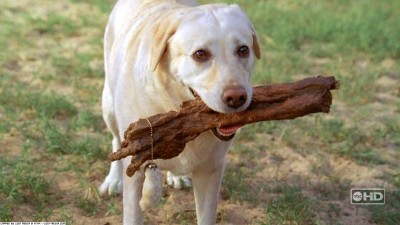 I’m not gonna talk about the show’s obvious themes of hope and luck, because it’s plain enough just watching it. That means I’ll be going to the bullet points early this week, but one thing worth addressing is the show’s seeming loss of momentum over the past few episodes. The show’s lost a lot of viewers, and resorting to the same, tired crap they’ve been doing for 2+ seasons now (the Sawyer/Kate/Jack triangle, Hurley cursed, the Others becoming more mysterious the more we see of them, Rousseau the tragic woman of the wilderness, etc.) isn’t helping to stop the hemorrhaging. 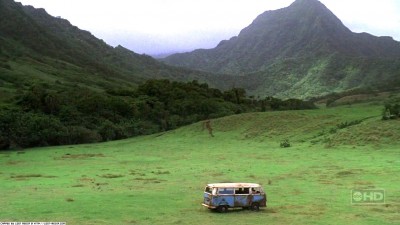 The creative staff needs to start building toward some relevant developments next week or they’re gonna lose more than just their fair weather fans. By the looks of things, that might be just what’s happening by episode’s end, with Kate, Locke, Sayid and Rousseau set to head north (thanks to the direction of Eko’s Jesus stick) in search of Jack and the Others. I look forward to seeing the return of Eye-Patch Man, a new Dharma station (The Flame?), and maybe a return visit to Otherville, USA. As much promise as that holds, the spiral into mediocrity that Alias took in its final seasons will always be in the back of my mind as long as this show is on ABC and associated with JJ Abrams. Lost deserves a much better fate.