I’m still not sure what to make of Michael Bay. He’s either a brilliant, tour-de-force film auteur, or a child all jacked up on Mountain Dew and drugs with the attention span of a screech monkey. He’s made a few decent films, but nothing that screams intelligence or subtlety or “good story.” Most of the time, his flicks have the feel of a music video playing at hyperspeed. Either way, his films are some of the most visually striking in the history of the medium, and Transformers is certainly no exception. In fact, it may even be his best film to date, as a focus on action is exactly what a movie based on a kid’s cartoon, comic book and toy line should probably have. Thus, don’t expect heaps of thought-provoking character development and exposition in the 2:23 running time.

If you’re not familiar with the aforementioned toy line, cartoon and comic book, The Transformers was a television series that aired started in 1984, depicting a war between giant robots who could transform into vehicles, animals, and other objects. In actuality, the show was also meant as a promotional vehicle for the wildly popular toy line, of which I was a large fan in my formative years. I remember very much enjoying transforming cars and planes into giant robots…at least until they eventually broke–and they all did eventually break. There are drawers and boxes across America filled with Transformer heads and hands and guns that have broken off.

The Transformers that we get in Michael Bay’s action extravaganza aren’t quite the Autobots and Decepticons we grew up with (click to see the differences in Optimus Prime and Megatron), but they’re close enough to bring that sense of nostalgia to the surface–something Mr. Bay should be very thankful for. That nostalgia is the main reason the movie seems to work fairly well. Plot takes a back seat when you see the cartoon characters you grew up with “transform” into a big-budget Hollywood spectacle featuring them fully realized into reality by the uber-talented digital artists working at Industrial Light & Magic.

I’m sure there are die hard Transformer fans that will be outraged at some of the changes, and while I do wish there was a tad more respect paid to the original character designs (and the characters themselves), I think they work well enough that most of the fans will be very pleased. Except for this guy, maybe. 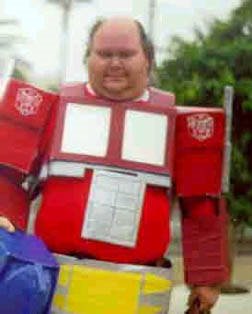 Now, if you’re gonna be pissed about anything, it’s that the movie seems to veer off the tracks a bit around the 45-minute mark. Strangely, this seems to coincide with the point in the film where the action really heats up. That first stretch of the film is very nearly great–it’s paced extremely well, draws the audience in, and even has a relatively dark atmosphere that sets a very nice tone. There’s action and character drama throughout the first half of the movie, and it’s the balance between the two that seems to be the reason it works so well early on. Then, after the big reveals of our transformer favorites and their ultimate goals, things get a little dicey.

While the action featuring the heroic Autobots and evil Decepticons battling each other and the human military whilst leaving a enormous swath of destruction in their wake is fantastic, it seems to never end. There’s a fight, then our heroes hide, then there’s another battle, and our heroes hide. Then there’s some more hiding, another fight, and then a really, really big fight at the end. Bay also seems to require slow-motion shots of transformers flying over our heads in every fight scene as well. The repetitive nature of said shots starts to get tedious after a while, and the pacing of the film goes from steady to incoherent and uncomfortable. By the time the end credits roll (which you should stick around for), you’re a little exhausted and bleary-eyed from all the momentum shifts in the film’s second and third acts. It’s not the best way to experience a movie, particularly when all that shifting around takes place within nothing more than action sequences. No time for breathers or actual character development here.

The slow motion shots and ridiculously long pans get old very quickly, but Michael Bay seems intent on shooting every possible angle of all the military equipment and vehicles, as if he’s shooting the most expensive commercial in history. 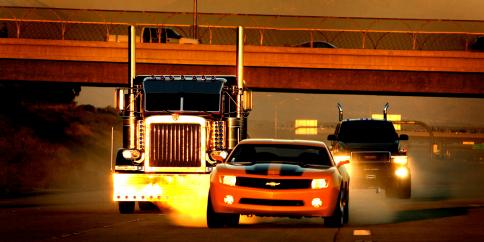 Still, I give it a solid B+ because of my love for the Transformer franchise, the exceptional digital effects work by ILM, and the return of voice actor Peter Cullen to the role of Optimus Prime. If you were a fan of the TV series but hate Michael Bay, I defy you not to embrace the movie the second Prime comes onscreen and speaks his first words. Nostalgia’s a powerful thing. 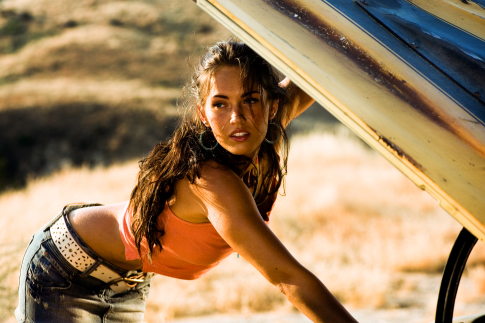 One thought on “Transformers | B+”