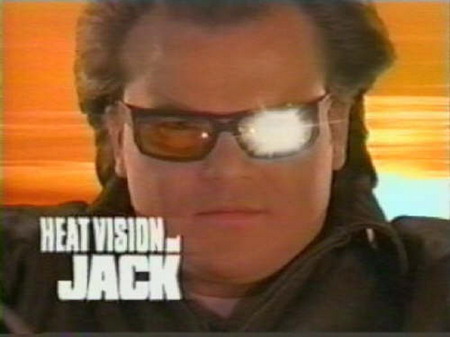 Political parties.
Really, what’s the point of having Republican and Democrat parties anymore? Their existence just provides an excuse for a mass of overpaid loafs to argue with each other in marathon sessions of Congress–wait, “marathon’s” not the right word for a group of suits who whine incessantly if they have to work more than three days a week–instead of passing meaningful legislation that betters the country. The few hard-working representatives that actually bust their ass on a daily basis inevitably get voted out because they’re spending their time helping the country instead of heading to black-tie fundraisers for war chests used to berate their opponents while avoiding taking a stance on any single issue. The only good thing that could come of our muck-mired two party political system is the possibility that Al Franken and Bill O’Reilly fight to the death and rid us of their daily, overbearing spewage of political propaganda.

Crackhead socialites making CNN.com’s top stories.
It’s bad enough that fools with no socially-redeeming values like Paris Hilton, Lindsey Lohan and Britney Spears get 24-7 coverage on shows like Access Hollywood, Entertainment Tonight, E! News, and The Insider with Cokehead O’Brien, but CNN–a bastion of intellectual journalism and objective reporting–features this crap on the top stories of their website on a daily basis! 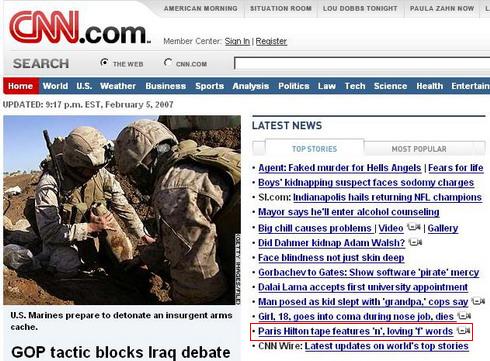 CareerBuilder.com drops the chimps in suits.
I’ve said it at least a thousand times if I’ve said it once. Chimps=comedy gold. If I could register a domain name with an equals sign in it, I would register www.chimps=comedygold.gov. Chimps on bikes; chimps in suits; chimps in a tree; chimps on a log. Chimps for me, chimps for you; buy me a chimp and I’ve got something for you. You can’t overestimate the comedic value of a chimp sitting in the middle of an empty room. Yet Career Builder, in all their infinite marketing genius, decides to drop a wildly successful ad campaign featuring the oft-mentioned chimps in favor of a bunch of office workers dressed in bubble wrap and clipboards fighting each other in the woods. Mildly amusing? Okay. In the same league as screaming, suit-wearing chimps pointing lasers at a guy’s crotch? Not in a million years. 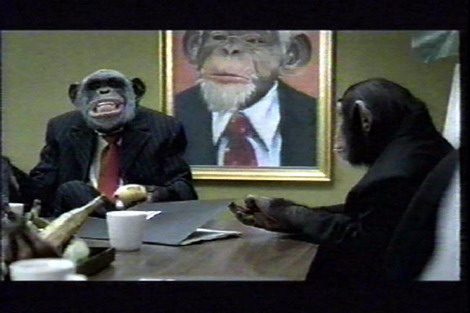 Whiny emo bands singing about “losing you.”
Where has rock ‘n roll gone? Why must we put up with mopey goth punks and whiny yuppie pretty-boys barely out of high school singing about lost love as if they’ll never meet another girl quite like the one they met in study hall that one day or about having survived the persecution of a ruthless peer group (that probably hated them because they sat in a corner writing poetry about dark clouds and scary ferrets (what)? Adding insult to injury, bands like Fall Out Boy, Good Charlotte, and Yellowcard win major awards and gain acclaim and stardom because the teenage music audience of today has all the musical intellect of a gnat. 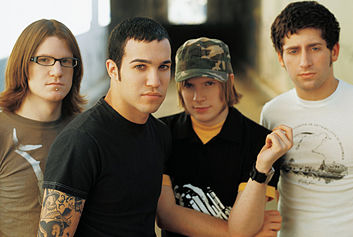 I do not want my MTV.

MySpace.com’s seizure-inducing layouts.
A perfect example of how not to design websites, MySpace serves to not only make one bash their head against a wall with the inane banter of teenage emo kids moaning about The Man and their new pair of $80 jeans, but also to further the school of web design that thinks it’s a good idea to jam as many animated gifs, violently repulsive color schemes, and video clips onto a single page as possible. I salute your utter idiocy, MySpace. Congratulations on giving me a headache whilst crashing my computer. (And ESPN.com, you’re not much better.) 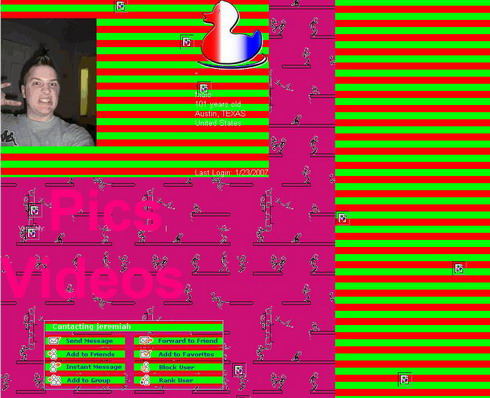 $3/gal. gas prices while ExxonMobil logs record profits.
Taking full advantage of a war in the oil-rich gulf and an SUV-loving populace, the oil industry jacked up gas prices to obscene levels, citing the rising cost of production and dwindling supply as factors in their gouging. Just last week, oil giant ExxonMobil announced record profits of $39.5 billion dollars, eclipsing the sum of the GDP’s of the majority of countries in Africa. I’m a fool for driving a Jeep, but I guess we’re all fools for continuing to support these amoral corporations by continuing to indulge ourselves of their products. I’m gonna be looking for an electric golf cart to drive around this summer. 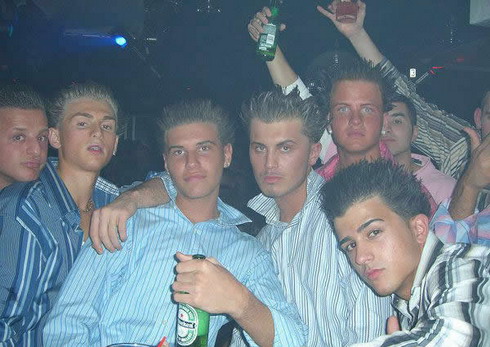 Adam Kasper’s fade of Life Wasted.
This bonehead Pearl Jam producer decided to have a spot of crystal meth with his daily dose of quaaludes and faded out what may be the best part of the opening track on Pearl Jam’s self-titled 2006 album. What aggravates me to no end isn’t necessarily that it was faded–but that someone, anyone, could consciously make the decision to fade out a song just as it’s building to a fever-pitch climax that made a very decent song great.

Only a fool of legendary proportions could top that terrible decision.

The Buffalo Sabres new logo.
Which brings me to Mr. Larry Quinn, managing partner of the NHL’s Buffalo Sabres. An absolute travesty of a mockery of a sham of a disaster. Spitting in the face of Buffalo Sabres’ past, Larry Quinn and his merry band of yes-men decided to choose for their new logo a banana slug designed by some idiot working for Reebok; an idiot whose expertise is more than likely steeped in intense study of those things at the ends of shoelaces. 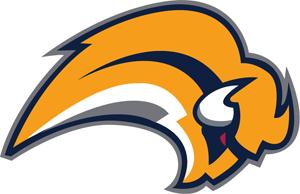 Larry! Hey, Larry! Look behind you! See that fantastic logo that would require little or no work to implement? No wait–don’t leave! Larry! DAMN YOU, LARRYYYYYYYYYYY!

One thought on “Top Ten Worst Things Ever”