Ugh. What a terrible way to start the weekend, with the news of NBC newsman and Buffalo native Tim Russert passing away today at the age of 58.

Russert was proud to be from Buffalo, and took every opportunity to make sure everyone knew it. He’d declare his support for the teams at the end of his Meet the Press telecasts, often holding up jerseys or donning hats of his hometown Bills and Sabres. More than his sports fandom, he was a tireless and fervent supporter of this city, a city that’s had more than its fair share of heartache and economic upheaval. His enthusiasm for Buffalo broke through the constantly maintained stereotypes of Buffalo being a Rust Belt ruin far past its prime with year-round blizzards and ice storms, a town where there’s nothing to do. He knew better, and made sure everyone watching and listening to him knew it. 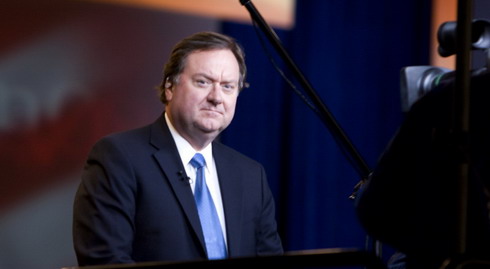 One of the things I’ve come to appreciate even more about Russert over the years is the objectivity and integrity he’s shown in his role as Washington bureau chief for the NBC News and host of Meet the Press every Sunday morning. Like any Buffalonian, he surely has strong opinions of his own, but he kept them to himself in the course of his work, and did his very best to ensure both sides of any argument got their equal time. He’s also not one to put up with the political bullshit we see so often these days, both from politicians and many members of the media itself. If a politician didn’t respond to his direct questions with direct answers, instead meandering all around them with political doublespeak, he’d just ask it again and again, ensuring that he’d get an answer or the politician’s deflections became obvious enough to make their character clear.

Buffalo has lost more than just a native today, Russert was part of the very fabric of this city and the potentially bright future it now has thanks to enthusiastic citizens who love this region and want to see it prosper. I can think of no better way to honor him than to continue working toward that goal of prosperity, and taking an active role as a citizen to make Buffalo a city that we’re proud to live in now and for our childrens’ futures. In a different, more specific way, I think he’s given everyone a greater appreciation for their fathers in light of the two books he’s written, and for this to happen on Father’s Day weekend makes it all the more tragic, but meaningful.