In an episode that seems to further the idea our castaways have a preordained destiny — on-Island or off — but that ends with the idea everyone has the power to choose their path, it’s only fitting I choose to break with habit and admit I can’t give 110% effort to tonight’s recap as an early AM flight to Baltimore awaits me. Maybe that’s a good thing; rather than spending sixteen paragraphs talking about Jack’s lost faith and Ben’s machinations with all manner of mind-bending run-on sentences, I can do the same thing in bite-size bullet points! Or maybe some boldface fonts instead; I feel like mixing it up a bit. Behold, bullet points, I have chosen my own destiny — section headings based on random notes I took while watching tonight’s episode. Alright, this is getting insufferable; onward. 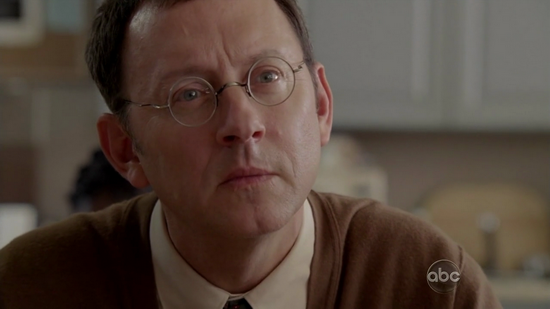 “Don’t make me break out my death-dealing laser eyes, Jeff.”

EVERYTHING CHANGED ON ELBA
We see Ben in full professorial mode as a European History teacher at the high school we saw a few episodes back, elaborating on the exile of Napoleon to the island of Elba. Dr. Linus tells his students that, while Napoleon was technically still Emperor, he had no true power and thus “may as well have been dead.” 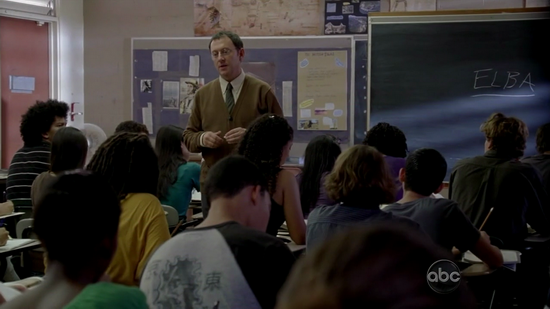 Sounds just the thing Island Ben would think, what with his continued machinations designed to control those around him on the chessboard that was once his Island fiefdom. Dr. Linus, much like the current Island Ben, is without any of his former power, unable to convince the principal to let him out of detention to tutor his History Club. We soon see the old Ben emerge as substitute teacher Locke (doing his best Esau impersonation) subtly urges Ben to consider going after the principal’s job himself. 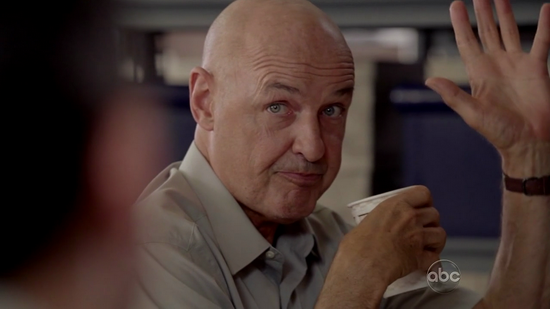 UH-OH
Island Ben, meanwhile, has been all but stripped of any semblance of power he once had, forced to offer up half-hearted, pitiful lies when confronted with the reality he killed Jacob himself. Miles clarifies his abilities by saying he can’t quite speak with the dead but can absorb their last thoughts and feelings if he comes in contact with their body. 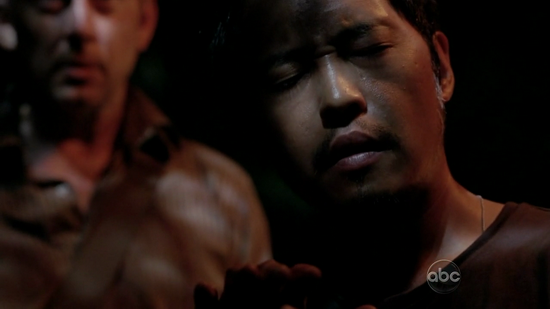 Ben’s about out of explanations and options; exiled on an Elba all his own. 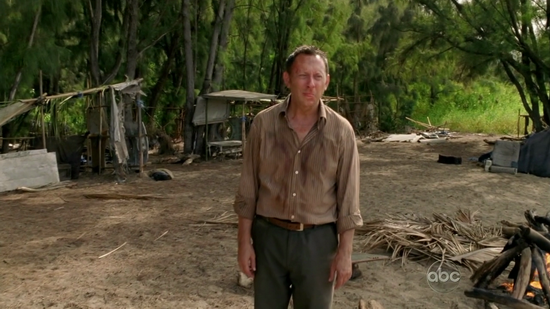 3 thoughts on “The Principles of Destiny”