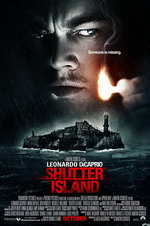 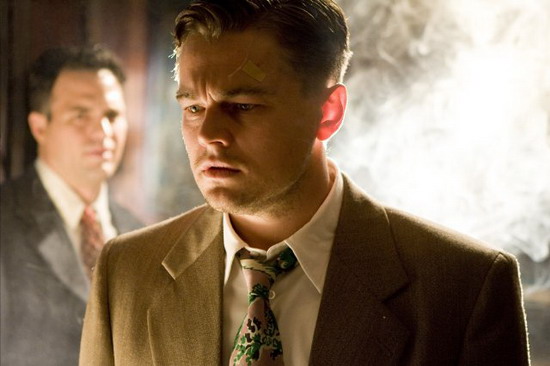 Spoiler territory:
The acting is, using a phrase I employ all too often when writing these reviews, good across the board, though Mark Ruffalo’s portrayal of DiCaprio’s partner comes off as a little stiff and awkward at some points – though then again, maybe that’s the point. He’s a doctor trying to pull off his best impersonation of a U.S. marshal — and it’s not quite spot-on based on his obvious lack of experience doing just that. So, yeah, maybe you should just ignore this last paragraph, as I’ve successfully contradicted myself in the span of two sentences. 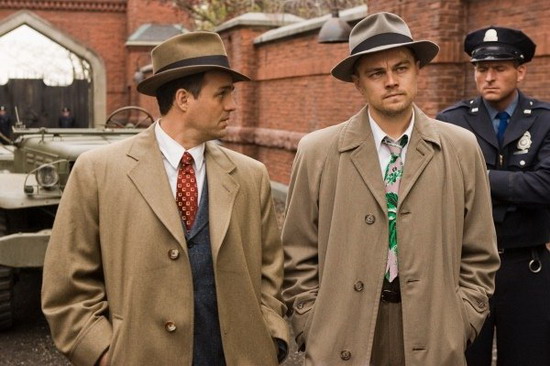 There are some obvious and unnecessary digital effects work in a handful of scenes — is it that hard to film two actors on a boat? I’d think it’d cheaper than paying a bunch of computer geniuses to provide a mediocre render of an ocean and sky behind a boat that apparently doesn’t bob up and down in the water like all other vessels traversing the oceans of the world. The score, much like the CG, feels shoehorned a bit as well, but by design — it befits the near-schizophrenic, heightened-reality tone of the film. Shutter Island has no unique score; it consists of previous works of classical music re-arranged for the movie — it works well; the high punctuations of strings serves to compliment the stark nature of the island.

The story itself will keep you guessing throughout, and there are added layers to the plot that make it an altogether different experience if you’ve read the novel or seen the movie multiple times. There are plenty of hints along the way that all is not as it seems when the marshals come onshore. The end “reveal” in the film is a bit more heavy-handed than the novel, and I suppose it had to be with the Law of 4 explanation more difficult to portray onscreen than with the written word. The story unravels a bit more smoothly in the novel.

End of the day, it’s a Scorsese film and you should all be plunking down your ten bucks to ensure he keeps making films. Don’t let the current Hollywood model of remakes and money-grabs continue to win — let’s keep ensuring Scorsese continues to make whatever he wants and is rewarded for it at the box office. So help me God, if you all go buy tickets to another Longest Yard or Nightmare on Elm Street remake, I might have to retire and move to the wilds of Northern Canada.

While there, I’ll try to come up with a new format for these reviews, as I’m running out of ways to expound on the masterful direction and powerful acting inherent in so few movies these days. Maybe I’ll start by translating them all into Chinese and throwing in some animated gif’s of chimps in suits. Thoughts?

One thought on “Shutter Island | B+”