Next we had Sawyer, who witnessed Claire giving birth to Aaron with Kate’s help two months in the past. As he told Juliet, he was “close enough to touch [Kate],” and probably could have. Or was his hesitation part of that “course correcting” that prevents the past from changing? Maybe, maybe not, but I’m gonna operate on the assumption Sawyer could’ve interacted with her if he chose to. 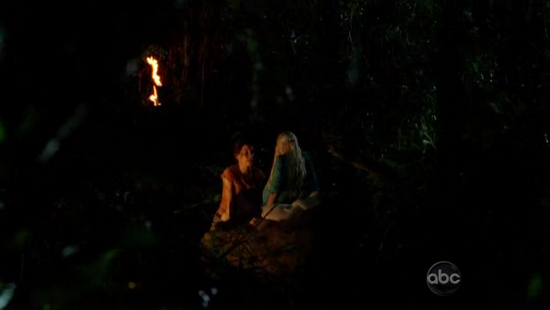 Could Locke have done so as well, albeit with himself? It seems like most movies or TV shows that depend on time travel as an important plot device also traditionally indicate bad things will happen if you interact with your past self. I’m immediately reminded of Ron Silver turning into a blob and exploding after he touches his past self in the smash-hit Jean-Claude Van Damme movie, Timecop.

Yeah, touching your past self is a bad idea. That just sounds wrong, too.

It seems as if Locke could’ve gone right ahead and gone to console his past self at the Hatch though, and I don’t know if his refusal to do so is course correction or simple free will. I’m hoping Faraday’s mother will shed some light on all this. 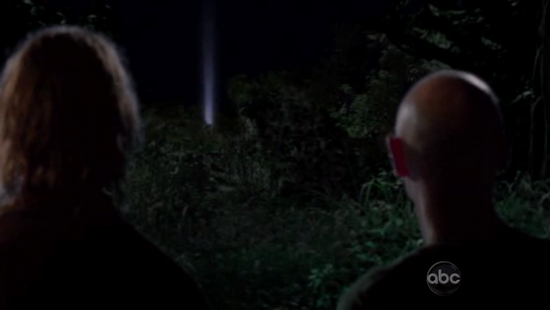 The last item to address in this extended intro is the possibility of another plane crash on the Island. The water bottle Juliet found in the canoe on the beach had an Ajira Airways logo on it. If you’ve been religiously visiting my site daily over the past few months, you may have noticed this post I made back in early January. An ad for “Ajira Airways” was featured on ABC several times in January before or after promos for the fifth season of Lost. AjiraAirways.com didn’t have much on it other than the same ad and some non-functional forms you can fill out to reserve a flight on the fictitious airline. 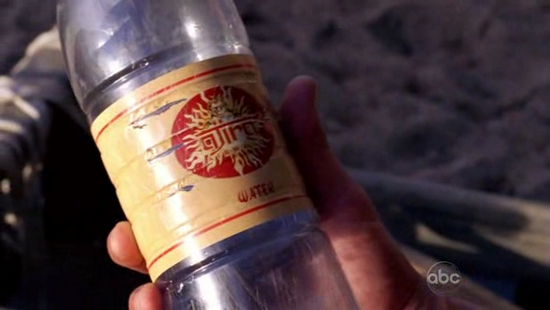 It also had a boarding pass you could print out, along with instructions for folding it in a special way to form a word: GUAM. How this will figure into the show or whatever alternate-reality game they’re conducting online remains to be seen. I shall keep you posted. Regardless, was there another commercial airline crash on the Island? Are the Present-Tense Castaways in an alternate universe all of a sudden? Is it the future? The castaways’ camp was trashed, but it was there, so it’s either in the present or the near-future. Not enough info yet, but I’m curious to find out who those canoes belonged to. I like the idea of “other Others.” 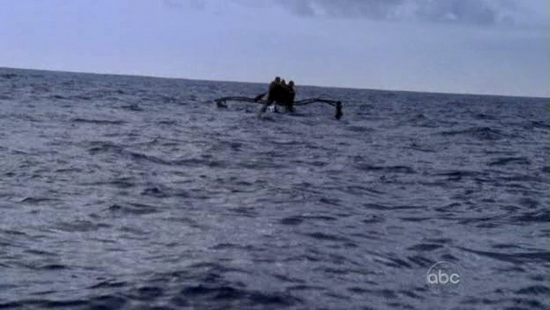 Better yet, if this is the future, and there was another plane crash, that means Sawyer, Juliet and company would be the “Others” to the Ajira castaways. That might not explain why they were shooting at them, however, during the “high-speed” canoe chase scene. Is your head spinning yet? Mine, too. Ain’t it great?