While that was certainly an enjoyable finale, chockful of stuff that was just plain “cool,” I’m not sure it did much to advance the story, instead just filling in some of the holes created by the season three finale a year ago. In a broad sense, this episode served to highlight the transformations some (but not all) of the characters have undergone since we first met them in 2004. I’ll get to the “cool” stuff in a minute, let me handle some old business first.

In my season three finale recap, the lingering questions I felt the episode posed were:

Who rescued them? Did everyone make it off the island? Did anyone willingly stay? Did Desmond reunite with Penny? Did the remaining Others stay hidden? Why is a suicidal Jack so certain he made a mistake in leaving the island? Who was Kate anxious to get back to at the end of the episode?

We got our answers: Penny’s boat, no, yes, yes, no, because Jeremy Bentham (Locke) told him so, and Aaron. The function of tonight’s finale seemed geared almost soley to answering those questions. While it’s nice to get answers, there are still plenty of the larger, over-arching “Questions” the show has yet to answer (what is the island, what is the smoke monster, who are the Others, etc.).

The big question from last season, though, and the big reveal of the night everyone was waiting for was the identity of the Hoffs/Drawlar funeral home coffin’s inhabitant: Johnny Locke aka “Jeremy Bentham.” 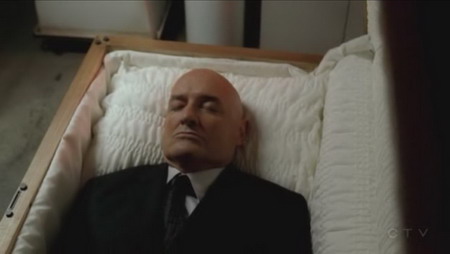 Eagle-eyed screencappers were able to provide most of the obituary Jack read in last season’s finale last year, so the Jeremy Bentham alias should be familiar:

The body of Jeremy Bentham of New York was found shortly after 4am in the 4300 block of Grand Avenue.

Concerned for tenantsâ€™ safety, he entered the loft and found the body hanging from a beam in the living room.

According to Jaime Ortiz, a police spokesman, the incident was deemed a suicide after medical tests. Bentham is survived by one teenaged son.

I speculated two weeks ago that the coffin would hold Michael, with good reason, as he appeared ready to sacrifice himself for the greater good (justifying Jack’s sadness) and no one attended the service (Michael was a murderer who alienated his own son). While that is plausible, it likely wouldn’t have had the same impact to cap a season that Locke’s reveal does. My first guess at the coffin’s inhabitant actually was Locke, back in my season three finale recap:

My initial instinct was Ben, but the likely candidate would be Locke, though I think heâ€™d at least have a few attendees at the parlor. If he was torn away from the island, he canâ€™t have been too happy or eager to contribute to society when he got back. Being back probably would have killed him, both physically and mentally. In fact, the more I think about it, the more Iâ€™m leaning toward it being Locke. However, that would also mean the best character on the show wonâ€™t be a regular part of the show next year, wouldnâ€™t it?

Well, Ben’s the best character on the show, but most of those sentiments still hold true. How could Locke possibly have come back to the mainland, unless he was either torn away, or forced to in service of the Island? As is obliquely reference throughout tonight’s episode, it looks to be the latter. In his guise as “Jeremy Bentham,” Locke visited members of the Oceanic Six in an attempt to get them back to the island. Kate referred to Bentham as “crazy,” and Jack says that he told him the only way to keep she and Aaron safe was to get them back to the Island. (Ghost Claire takes issue with that, as I’ll address later.)

That will make for some good flashbacks in season five, but the larger question: is Locke truly dead? I think we all find that hard to accept, especially in light of his ascendancy to the Island’s throne toward the end of the episode. 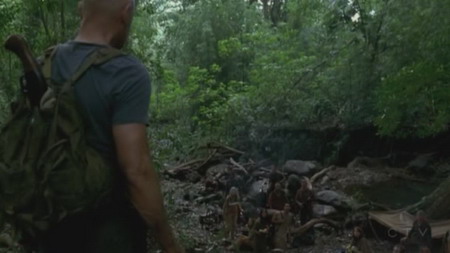 Perhaps, like Obi-Wan Kenobi, he’ll become “more powerful than [we] can possibly imagine” once he’s struck down. Death seems to be working out okay for Christian Shepherd, after all. 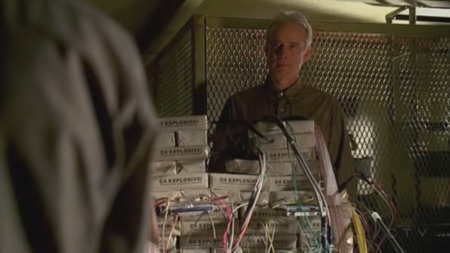 While the coffin didn’t contain Michael, he certainly went out with a -ahem- bang, and I have a sneaking suspicion that might be the last we see of him on Lost. The Island only seems to resurrect those who have a purpose in serving the Island, and Michael seems to have fulfilled his. Christian, as the Island’s avatar, appeared just before it detonated to tell him, “you can go now, Michael.” The Island prevented Michael from killing himself back in the States so he could fulfill his ultimate purpose and delay the explosion long enough for the Oceanic Six to get off the freighter. As star-crossed a character as ever there was, Michael redeemed himself in the end.

It’ll be another long wait ’til January for season 5, but there will undoubtedly be some developments over the summer in this new Octagon online marketing campaign, so keep your Interweb dial tuned right here. As I said last year, it’s nice to see the number of hits these posts get each week, and to know my exhaustive and slightly insane work on these is being read by someone. Thanks again for reading, and see you soon.

11 thoughts on “No Such Thing as Miracles”