This episode certainly was jam-packed with….more setup for the end of the season. This was the last new episode until May, so there’s plenty of time to speculate on what’s to come. Judging by the preview for the next new episode, there’s sure to plenty of arguing, gunfire, army-building, and revelations. But that is what’s to come. Tonight’s ep didn’t feature much in the way of any answers to the eternal questions viewers have about the show, but as I said, it provided some needed setup for the home stretch of season two….though that’s pretty much what’s been going on since episode 2×01. 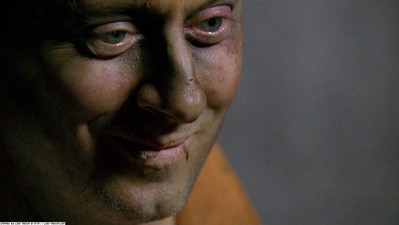 One main thing I’ve been pondering since last week is “Henry Gale’s” role on the island. Is he an Other? Hard to say, but it’s certain he is a master manipulator who continues to push the castaways’ buttons, Locke in particular. I’m gradually formulating a hypothesis that “Gale” may just be the “Him/He/Leader” that Bearded Zeke referred to back in the medical hatch episode. Gale’s proven himself to be a masterful actor, and his terror at whoever leads the Others could be easily feigned to misdirect the castaways, Keyser Soze-style. He could’ve engineered his capture and subsequent captivity just to further manipulate the chess pieces he has on the island: the Others, the castaways, etc. When Jack informed him of his plan to rendezvous with the Others, “Gale” certainly seemed sure of the fact that they’d never give Walt up. If “Gale” is giving the orders, he’d be in a position to make such a statement. Time, as always, will tell.

Rose and Bernard being the main focus of tonight’s episode, I suppose I should note a few observations about them and their relationship. There’s a lot of similarities between their relationship and that of Jack and Locke (man of science, man of faith). Rose clearly believes, as Locke does, that there are blessings in life that you shouldn’t question. The island healed her, as it healed Locke, and she views it as an act of God not to be questioned. Bernard, on the other hand, is grounded firmly in reality and fact (which makes it all the more odd that he sought out a faith healer for $10,000, but let’s ignore that). He questions anything and everything in an effort to understand it and attain his goal, whether it be healing Rose or getting off the island. Rose viewed the recent food drop as a blessing; perhaps an act of God. Bernard simply sees it as food falling from the sky, which means planes come over the island, which means they can get off the island. The Bible story of manna falling from heaven in the middle of the desert comes to mind.

There are certain places with great energy; like the one we’re above now. Perhaps this energy is geological…magnetic. Or perhaps it’s something else. And when possible, I harness this energy, and give it to others. … It’s not that you can’t be healed. Like I said, there are different energies. This is not the right place–for you.

Isaac’s (the faith healer) description of the spot he’s over, and his ability to harness its energy and heal others, reminded me of the hatch (Swan Station) itself. There is obviously some, great power on the island, and whatever is behind that concerte wall down in the hatch certainly seems to exude some power. The Island–clearly–is the place for Rose, and Locke, and others. The question is, why is the island the right place for them? Are they “damaged goods,” as Kate said? Or were they chosen to come to the island because they needed healing in one form or another? Why do the Others take some and not others (remember, they had a list when they captured some of the tail section survivors)? These are the things Rose won’t question; she chalks up her recovery as another “blessing.” Perhaps all of the castaways were sending out “SOS’s” in their lives, in one way or another–that were answered by the island. Bernard mentioned getting calls referring him to Australia and Isaac. I wonder who made those calls? Well, probably people who had been to Isaac before, Jeff. Duh. 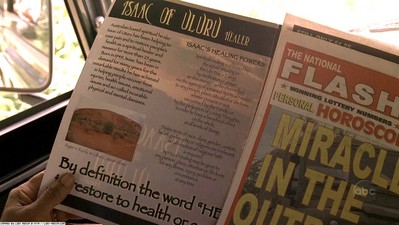 What may be most important about the episode, despite all of the Rose & Bernard developments, is Locke’s finding purpose again. Rose reaffirmed his faith in the island and its power, and it will drive him to continue to discover the hatch’s (and thereby the island’s) secrets. My guess is he’ll be on the sidelines trying to jot down that map while everyone else is off arguing, shooting and running their way through the jungle.

Oh, and a note from two weeks ago, which I managed to screw up. The balloon Sayid & company found on the island wasn’t another Dharma balloon. The real Henry Gale’s balloon was sponsored/chartered/whatever’d by none other than Widmore Labs, makers of fine home pregnancy kits. 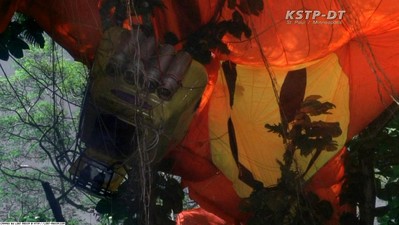 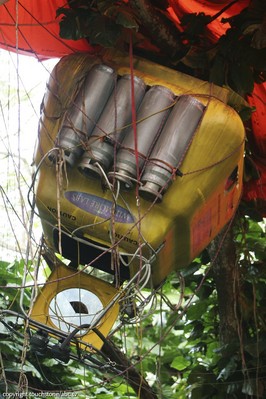 So the real Henry Gale was circumnavigating the globe in an effort to perfect the ultimate pregnancy test? Makes perfect sense, right? No. Who had that Widmore pregnancy test on the plane? Why is a company that makes pregnancy tests sending people around the world in a balloon?

Did you notice there’s a black rock in the clearing Jack and Kate met Bearded Zeke in? 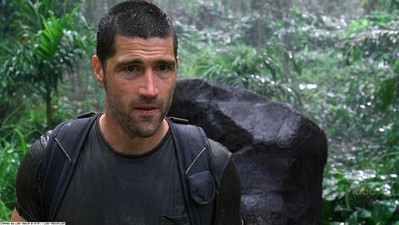 Is there anything worth noting on that letter wall of Isaac’s (a letter from San Francisco positioned close to an upside down picture of the Golden Gate Bridge)? Doesn’t that signature look a little sophisticated in comparison to the text that comes before? 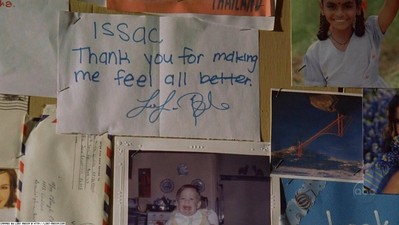 Do you speak French? 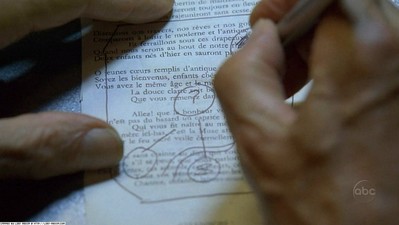 Do you see that I was right about Eko building a church?

Did you notice the license plate on the jeep Bernard was driving in Australia was identical to the plate on the explosive-laden truck Sayid and his terrorist friend were driving in a flashback from way back when?

Am I asking too many lame questions in this post?

One thought on “I'm sending out an S.O.S….for frogurt”