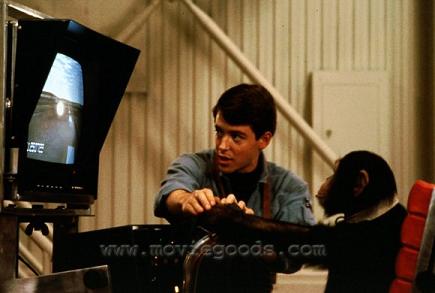 Right. After a quick shower, the three of us walked down the street a bit to get breakfast and pay a visit to the farmer’s market situated near an overpass and dotted with palm trees. Kelly’s main objective was a bag of kettle corn while Martha got a variety of legumes. I chose to take about sixty pictures of vegetables from various angles. 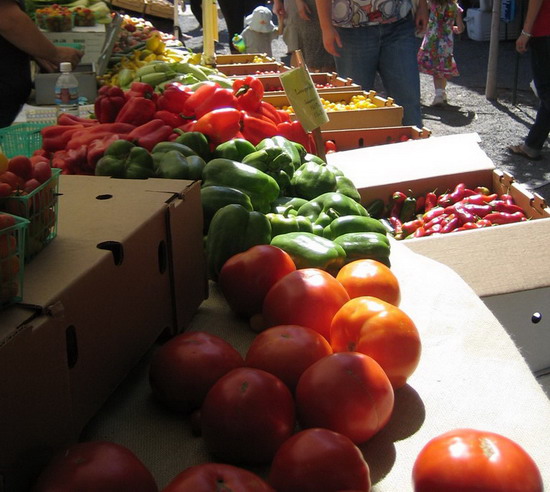 The real highlight was a guy dancing to the music of a live band playing in the small plaza at the market, shedding all inhibition as he gyrated with the graceful freneticism of a squirrel being chased by a cat. I salute his exuberance and hope he keeps dancing ’til the day he dies.

After that, it was about time to head to the airport to catch my flight to LA. We passed the Oakland Coliseum on the way, home to the Oakland Raiders and A’s. It didn’t look quite as “ghetto” as I’d imagined, but it isn’t quite as fancy as the modern NFL/MLB stadiums. I weep for the millionaire athletes that have to play there. After the rest of the short drive, I bade adieu to Martha and Kelly at the scenic, construction-laced Oakland airport. This is a good time to acknowledge my gracious hosts for showing me around the Bay Area and letting me crash with them for a night. I had a great time those few days, made all the better by their company. I hope to get out there again soon, perhaps with a bigger crew in stow, so that we can more easily take Alcatraz from the park rangers by force. We will then live out the rest of our days there in a self-fashioned utopia that preaches the themes of peace, love, and understanding by acting out scenes from The Rock.

The original plan, had my original cohort been able to make the trip to California with me (that’s another story), had been to rent a car and drive down the Pacific Coast Highway to Los Angeles, a trip I’m told would’ve taken around 8 hours on a good traffic day. I’m glad I saved that for a different trip, as the prospects of being in Southern California/L.A. traffic for that long gave me the shakes. Instead, the quick hop down to L.A. from Oakland took about 45 minutes.

I picked up my rental car easily (I highly recommend Budget’s speed-pass to avoid the lines), but made sure to get directions to downtown L.A. from both Steve (my host for this portion of the trip) and the rental car agent. It was fortunate that I did so, as the nightmarish, 15-mile trip from the airport to downtown took about 40 minutes. Most of that 40 minutes was spent cursing at having taken the wrong exit on the horrendous highway “system” that weaves around Los Angeles and struggling to find my way back onto the highway. Serenity now…serenity now..

Once into the downtown area, it took some trial-and-error to find the street my hotel was on. And by “trial-and-error,” I mean “sixteen wrong turns, fourteen curse words uttered, and a partridge in a pear tree.” At last found my hotel, the luxurious, 5-star Omni Hotel (the uncultured caveman in me assumes it’s 5 stars), I felt horribly out of place in my shorts, sandals and unshaven face. But who cares, I’m on vacation! I dropped the car with the valet and checked in with the concierge, who demanded I show him the “form” I was supposed to have if I’m a guest of one of the hotel’s employees (the aforementioned Steve). He ended up calling Steve, who exerted his authority as the Ultimate Omni Bad-ass and a cowed concierge gave me my room key and an offer to quit his job in shame over having delayed me for even a fraction of a second. I let him off the hook, showing mercy as only an all-powerful-but-benevolent dictator of hotels could.

I made a quick inspection of my sweet-ass room, which featured a huge bed, a fully-stocked minibar, and a phone in the toilet area. Only the finest hotels have phones in their toilets, and I knew I’d hit the big-time when I saw it there. Okay, it’s not actually in the toilet, thankfully.

I met up with Steve, who took me on a quick tour of the hotel, the main highlight a look at one of the ballrooms. A birthday party was to take place there later that night, for the daughter of an undoubtedly wealthy foreign businessman. It looked like the stuff of MTV’s “My Super Sweet 16,” in which hopelessly spoiled, bratty kids whine about not getting a Ferrari for their birthday, or berating their rich fathers until they drop six figures on a popular music act to play the party. In fact, I wouldn’t be surprised if this party was going to be filmed by MTV, as there was a camera on a huge crane set up near the band stand at the front of the room. Resisting the urge to flip over the tables and ruin the place in a rage of loathing anger, I instead snapped a couple of pictures. 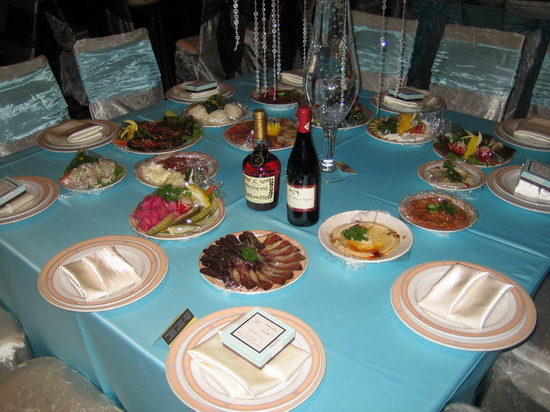 Yes, those are bottles of Hennessey and Courvoisier on the table. Kill me now.

Steve took me into the downtown area and showed me some of the sights. It was pretty empty there, the streets occupied by a few vendors and locals wandering around. Much like downtown San Francisco, the place clears out on weekends apparently. Very strange sight you wouldn’t expect to see in someplace like L.A. I guess there are enough attractions in the surrounding area to keep everyone occupied. After grabbing a delicious burrito at the Broadway market there, Steve and I drove down to Hollywood and The Grove, which fans of another MTV show, The Hills, will surely recognize. It’s got the stuff you’d expect: hoity-toity rich girl boutiques, an Abercrombie & Fitch store fronted by a half-naked dude on steroids and in-store techno music played at ear-splitting decibels, as well as some more reasonable shops and eateries.

There is an open-air maze of shops and eateries adjacent to the main area, and we stopped at a bar to take advantage of the $3 Schlitzes and ideal people-watching area. After a running around most of the morning in 80-degree heat, the ice cold Schlitz was wholly refreshing. Schlitz: The Taste of Americaâ„¢! 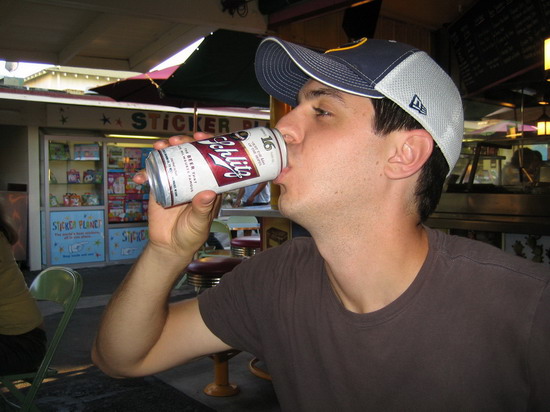 We then decided to catch a movie at the ArcLight on Sunset Boulevard, an experience every respectable moviegoer needs to partake of at some point in their lives. The place has everything you want in a movie theater experience (stadium seating with comfortable, reclining chairs, big screens, great sound, ushers that ensure the sound and picture are acceptable before leaving, and gourmet hot dogs!) and none of what you hate (no ads before showtime; they make it clear not to have conversations or be on your cell phone during the movie or your ass is grass). We saw Sunshine, a movie which I’ll review at a later date, but suffice it to say, the sun played a large role. I didn’t love the flick, but my God–the sound system in that theater was amazing. 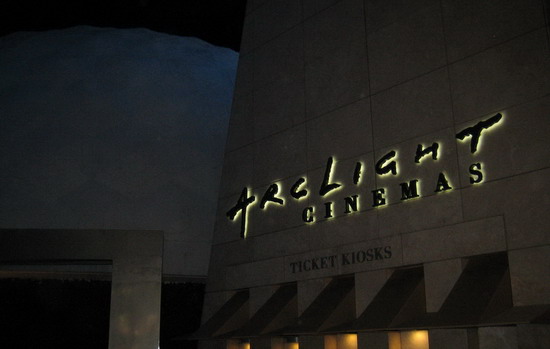 As unique and special as the few ArcLight theaters are, I wish they’d go into mass construction across the U.S. so more people could experience movies the way they should. After one mass-media-related landmark, it was time for another with a visit to Amoeba Records, also on Sunset. Row upon row upon row of music from every conceivable genre, time period and format are there for the taking. If I had a thicker wallet and more time, I could easily have stayed there a few more hours. 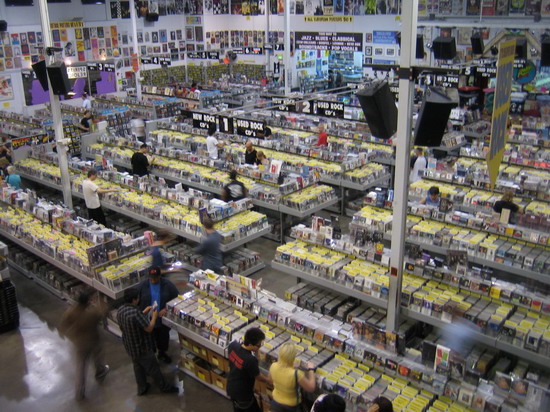 After leaving Amoeba, a quick stop at the grocery store for some brewdogs was followed up by a stop at Steve’s apartment in Hollywood, which he and his then-girlfriend (now-fiancee) Lindsey had lived in for several years, and just happened to be in the process of moving out of within the next few days. (Good timing on my part.) On the way there, we passed one of the many nightclubs in West Hollywood–Avalon–and I saw Steve’s eyes glaze over when he noticed a poster outside advertising a performance of his favorite DJ, Digweed (and I’m sure he does dig it).

We stopped at his apartment to say hi to Lindsey and her parents (helping them move) and down a couple of aforementioned brewdogs whilst watching Saturday Night Live. You could see the hamster in Steve’s head working overtime, though, as he was thinking about Digweed. Loading up with the remaining beers and bidding a good night to Lindsey, we walked back down to the Avalon to check out the pricing. The steep ticket prices, couple with the late hour and my attire (a t-shirt and cargo shorts) precluded us from actually heading to the show, but we enjoyed our beer-aided walk nonetheless.

It was late by this point, so Steve dropped me back at my hotel, where I showered and donned the ultra-comfortable Omni robe hanging in my closet (the picture I took of myself wearing said robe whilst giving an enthusiastic thumbs-up will not be published). After raiding the mini-bar, I fell asleep rather quickly, sinking deep into the most comfortable bed I’d ever laid in and passing out while SportsCenter played on TV. Another thoroughly enjoyable day in the books.