The Sabres’ 2006-07 campaign ended on May 19th, losing in overtime to the Ottawa Senators, and losing in 5 games after a lackluster effort by a team that was favored to win it all. That was a dark, dark day for Sabre fans, one of the worst in Buffalo sports history. This town’s had a few in its past. Well, add July 1st, 2007 to that infamous list of Buffalo sports tragedy. Chris Drury and Daniel Briere, the team’s two captains–the two players that served as the faces of the franchise for the last several years–were both lost in free agency to teams looking to make a splash and take advantage of the newly-raised, $50.3 million salary cap. 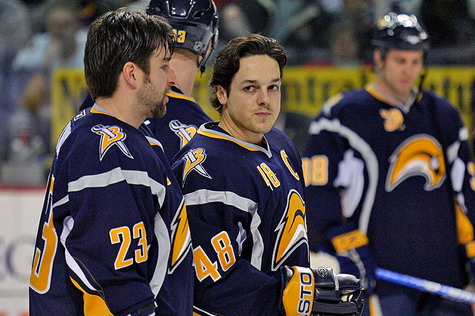 Each player signed huge contracts–Briere to an 8-year, $52 million deal with the Philadelphia Flyers; Drury to a 5-year, $35.25 million deal with the New York Rangers. Both received big-time pay raises over their Buffalo salaries, and while the NHL seems to have learned nothing from the lockout of two years ago, I can’t blame these two for taking the money and running now. The major reason a lockout became necessary three years ago was because player salaries had started running out of control when shortsighted general managers broke the bank for one free agent, who in turn inflated salaries for the rest of the players signed later. The owners shut the league down in recognition of the fact that they weren’t controlling their spending habits and making the league’s financial future uncertain at best. Well, flash forward to July 1st, 2007, the first day of free agency this offseason. Briere gets a contract worth an average of $6.5M a year (though he gets paid an astonishing $10 million in the first year of the deal), and Drury gets average $7 million a year in his deal.

After what the NHL went through, $6.5M is close to what the best player in the entire league should be making. Briere’s great, but he shouldn’t be making this much money. After his season, he deserved a 5 5-year deal for about $25 million. But because he was awarded $5 million in arbitration hearings the season before, the senseless logic in this league is that there should automatically be a pay raise, and thus 5 years/$25M is viewed as a joke offer, which it was in the context of this league. Sabres GM Darcy Regier offered a 5-year/$25M deal to Briere late last week, and it was quickly rejected by Briere and his agent. Now, put aside the point that league salaries are getting out of control again and focus on the offer the Sabres made him. They had to know there would be no way Briere would accept that 5-year deal. It was essentially a lowball maneuver in the financial climate of today’s NHL. It was a slap in the face to the guy that had served as the team’s public face throughout the last couple of years, and a clear signal that the Sabres weren’t serious about retaining his services.

This team has shown time and time again in the last several years that their policy of not negotiating with players during the season is foolhardy at best, disastrous at worst. In the last two years alone, they’ve lost Mike Grier, J.P. Dumont, Jay McKee, Danny Briere and Chris Drury. Those were arguably their five most important players outside of Ryan Miller, not just in terms of stats, but in terms of their influence on their teammates on and off the ice.

GM Darcy Regier and team president Larry Quinn had been questioned repeatedly during the course of the season what the prospects of signing the two free-agents-to-be might after the end of their season, and both expressed vague optimism that something would get done…hopefully. They were also questioned repeatedly about their refusal to negotiate contracts during the season, and the standard answer was that it could create a distraction and disrupt harmony in the locker room. Oh really, guys? How do you think the remaining Sabres are feeling right now about losing their two captains? Thrilled, I’m sure. It’ll serve as a lesson to them and a warning to all potential free agents that Buffalo’s management is more interested in bean-counting than it is doing everything it takes to win. 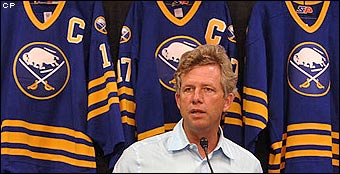 If Regier and Quinn didn’t think it would come to this, after having waited just days before free agency starts to finally make an offer to Drury and Briere, they both need to be fired (I wouldn’t mind seeing Quinn go, regardless). Regier no longer has the excuse of bad, stingy ownership (see: John Rigas) as a reason not to get a deal done or make a deadline trade. Golisano has been willing to do everything it takes to create a winner. With both Drury and Briere gone, I think (and hope) it’s the death knell in Regier’s career here. If this management wants a winner, they have no choice but to throw their policy of no in-season negotiations right out the window. This team would still have McKee, Grier, Briere and maybe Drury come next season, all at relative bargain prices had they gotten deals done in-season, long ago. Hell, they might still have Michael Peca if Regier hadn’t blown that deal and bid good riddance to the team’s captain at that time. 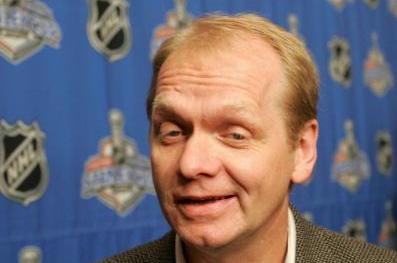 Larry Quinn excels at using public relations capital up at alarming levels. Fans as a whole were never happier than during the last two seasons, and his leadership is squandering all of that good will in the space of about six weeks. Add to that this uniform debacle (seriously, if you own one or like them, I’m going to send you to a firing squad) and the horrible job he’s doing with the Buffalo waterfront development, and I hope he takes a long walk off a short pier. I can’t wait to see what these two jokers offer up as excuses when they get interviewed on talk radio this week.

Despite all this, I still like the construction of the Sabres team a lot; they’ve got a ton of young talent and a potentially great goaltender in Ryan Miller. But in losing their two all-star captains, they just went from “perennial Stanley Cup favorite” to “consistent playoff participant.” My, how inspiring that is. 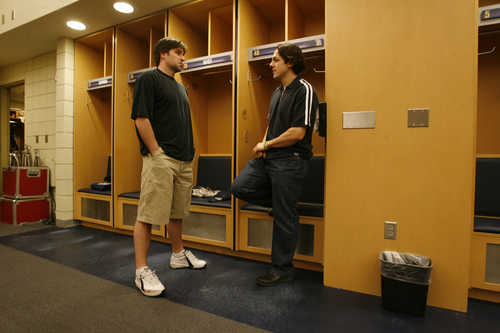