Almost four years ago, in the early days of Lost yore, it would not have have been a stretch to imagine the show’s final episode containing a scene of our castaways finally touching down on the mainland, reunited with their families and loved ones and at last free of the harrowing trials and tribulations of an extended stay on a mysterious, deserted and deadly island. Although we’re only a third of the way through Lost’s fourth season finale, some imagination revision might be in order. 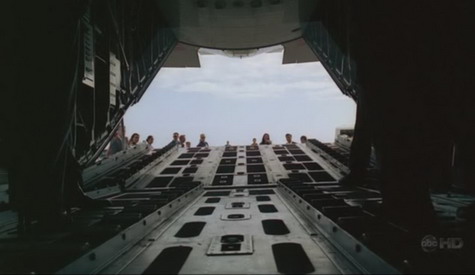 We got that scene tonight, but on a much more somber note than one would’ve thought. When we first see the surviving Six en route to Hawaii on the Coast Guard plane, their shell-shocked countenances indicated anything but eagerness to finally get back “home.” There’s the tension inherent in Jack insisting the Six stick to what turns out to be a clearly-contrived story about the crash of Flight 815 and their struggle to stay alive: “we all know the story,” he says. There’s the post-traumatic stress of their 3-month stay on the Island, and of whatever happened immediately preceding their rescue. For only six of the original 72 survivors to have made it back, it’s needless to say some bad sh*t went down in those three months on the Island, even moreso during the Six’s final day there.

In the interest of full disclosure, at this point I spent five minutes researching whether or not “moreso” was actually a word. My findings: maybe. Mission: aborted.

Whatever bad juju went down before the Six’s rescue, they’re still in shock, as Sun feels she needs to reiterate to a relatively calm and collected Jack (or maybe his attitude is just a product of being in denial). Anyway, the larger point here is that “getting off the island” is no longer the end point for a series that at first seemed to be about doing just that. As we saw with last year’s finale and this year’s premiere, the conventions have been thrown out the window. Anything and everything can happen in the relatively short time we have left with this show (two more seasons). I find that very exciting. 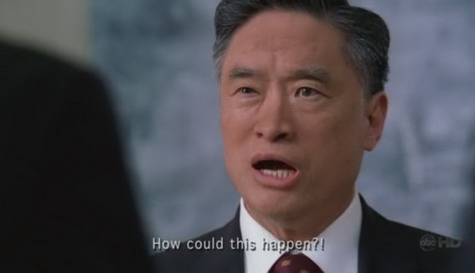 The boat that serves as the salvation for our castaways is rigged with C4. There’s a coffin ready for an unwilling occupant. The stage is set for the kitchen sink to hit the metaphorical fan of destiny. Secondary protocol: engage!

Yeah, I know that was lame. Be back here in two weeks for the final Lost recap of 2008!