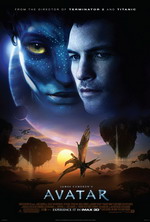 It’s all about the characters. Despite the stunning visuals bombarding you nonstop, it took a while for the film to really get going story-wise. This is due, in large part, to the rather one-note characters we’re riding along with. Our hero, Jake Sully, is given a brief back story before being whisked off to the distant moon of Pandora. We know he’s a rough around the edges Marine who lost use of his legs, and that’s about it. His character’s “development” throughout the film is essentially restricted to learning to yell loudly in the language of the natives while riding a flying dinosaur. He’s Avatar’s version of Aliens’ Corporal Hicks.

Cameron uses a few of the Aliens archetypes for some other characters as well, most notably with a no-BS latino female soldier (Aliens’ Vasquez), and a slimy, amoral bureaucrat willing to do anything in the name of profits (Aliens’ Burke). Michelle Rodriguez and Giovanni Ribisi don’t quite live up to their originals, I’m afraid, coming off as one-note performances fitting nicely into their cliched roles. Even Sigourney Weaver, who played one of the most memorable female characters in film history (Ellen Ripley), isn’t able to do much with the pedestrian dialogue she’s given. The parallels don’t end with the characters; there are other concepts and even whole sequences that echo the 1986 film. The robotic power walkers, the dropships, the cafeteria scene, and the cryo-sleep wake-up should all be familiar to anyone that’s seen Aliens. 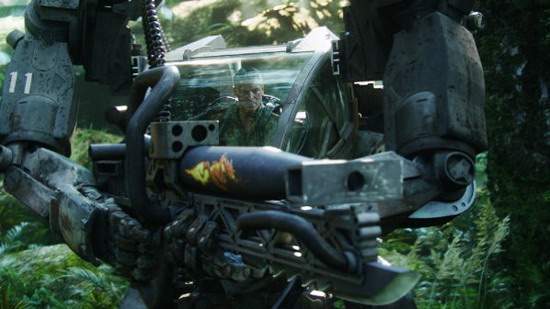 But I suppose I’m digressing in a review that started by saying the film lives up its not inconsiderable hype which I referred to as a “milestone of film experience history.” I did give the flick an A, after all, and I stand by it – Avatar is incredibly entertaining, even if only on a visual level. Film is just such a medium, after all. The effects work is all outstanding and can certainly be considered among the best the medium’s ever seen. What truly takes it all to another level is the 3D effect the entire film is presented in. That may give some pause to those of you who’ve seen previous films with select 3-D sequences; sequences that often come off as a bit gimmicky. Fret not, Avatar’s 3-D isn’t of the “in your face” variety (as much as I can call a movie presented on a giant IMAX screen to be not “in your face”). It works well and while it’s not the giant leap forward I thought it’d be in 3-D technology, it succeeds admirably without ever becoming a distraction. If future filmmakers can couple the technology with some improved screen geometry and eyewear, the experience could easily jump another level. Despite that, much of Avatar is breathtaking. 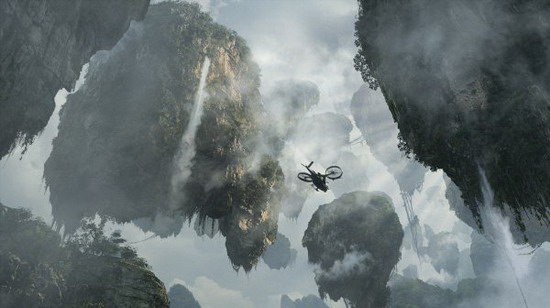 I haven’t exactly gushed over the characters, and while about 85% of the movie is entirely digital, there is some real, honest-to-goodness acting occurring. The motion-capture technology is at its finest, and it never feels like you’re watching a digital puppet onscreen. This is perhaps Cameron’s greatest achievement – anyone in Hollywood these days can put together a visual landscape of mind-blowing environments and explosions; the true test comes in realizing a completely digital character onscreen to the point that you feel it’s actually a real, live being communicating its motivation via facial expressions and dialogue. Mission accomplished here — this isn’t Jar Jar Binks slipping on banana peels. 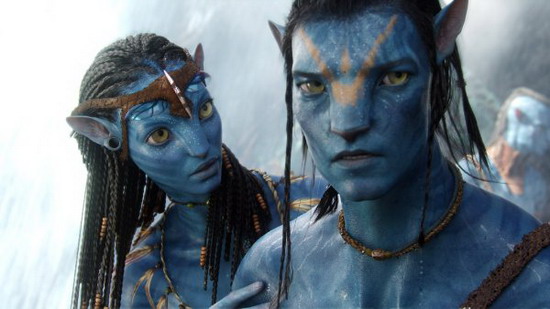 A $500 million plus budget and four years of production better overwhelm its audience in some way, as I’m sure 20th Century Fox is hoping for another Titanic or Dark Knight. Even with Cameron’s fairly stellar track record, it’s amazing for a studio to have outlaid such a sum in this day and age. They might’ve gotten lucky, ’cause Avatar lives up to its considerable hype and, though the script keeps it from being an all-time great, is a must-see in this or any year.