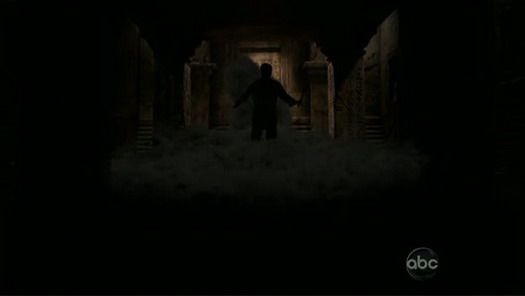 Despite Jack’s becoming the Man of Faith Locke once was, he’s become fairly one-dimensional (I hope that’ll change whenever he finds his “purpose”), especially when paired with a whiny Kate. (Locke’s past faith at this point; as Ben says, it’s “one thing to believe, another to see.” Locke’s seen quite a bit.) Hurley’s good for some comic relief now and again, but these characters just don’t engage the audience on the same level a Ben or Locke does. Maybe I’m too quick to speak for the audience, but c’mon–has anything you’ve seen with Jack, Kate, Hurley, Sawyer, Juliet, Jin or Sun in the last few weeks compared to tonight’s episode? I think not, unless you’re really into the love parallelogram storyline. 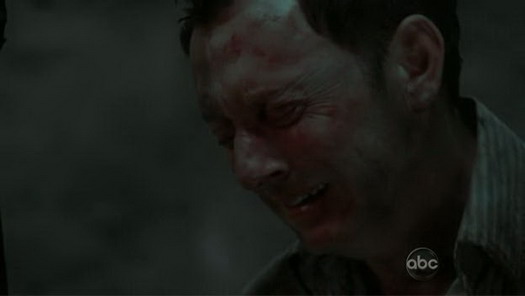 I know, Ben, I know; I weep uncontrollably when I have to sit through
those lame Jack/Kate scenes, too.

Maybe I’m being too harsh; perhaps there’s a reason for these less than interesting storylines. Are the writers lulling us into a drooling stupor by portraying Jack and Kate so melodramatically week after week? Let’s hope for some pay-off down that avenue. I digress; let’s get back to Ben and Locke.

The very apparent central theme of “Dead is Dead” is that of the Island’s will. It is the driving force guiding all our characters across the chess board, setting up whatever final endgame Charles Widmore alluded to when he saved Locke in the desert earlier this season. The Island chooses the players and moves them in whatever way it has to. That could be through Richard Alpert, through the apparitions of long-dead loved ones, through miracles science cannot explain, through the “judgment” of a black smoke monster. Through Jacob. Everything that’s happened to the characters has happened for a reason, and far more than sheer coincidence, the bizarre twists of fate that have brought them all to their current states has been the will of the Island. Or so I posit.

Early on in the episode, a 30-something Charles Widmore, firmly entrenched as the leader of the Others/Hostiles, questions Richard as to why Ben was brought into their fold. Angrily so, until Richard tells him “Jacob wanted it done.” Like a flipped switch, the resistance in Widmore’s face melts and he accepts it. The Island’s will be done; he is there to serve it. Alpert follows this up with, “the Island chooses who the Island chooses.” Indeed. Those two sentences, right after one another–could that indicate Jacob and the Island are one and the same? Are the Others just fond of nicknaming land masses? 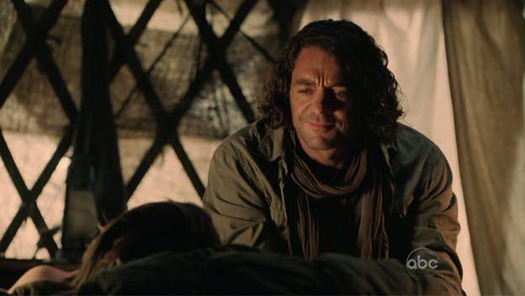 Perhaps Jacob is the Island’s corporeal avatar; it’s most direct method of communication with its subjects (when a giant smoke monster just won’t do the job). Though we have yet to meet the “man,” I think we may have enough circumstantial evidence to assume just that. (Regardless of evidence, I’ll just assume it anyway.)

Later in the episode, after Ben’s aborted “extermination” of a young Danielle Rousseau, Widmore insists the baby Alex should be killed. Ben asks if that’s what Jacob would want, and tells Widmore he’ll have to do it himself. Widmore backs down, having taken the wrong side of the argument. This marked the beginning of the end of his tenure as Other Uber-leader. Now, we could analyze this in the immediacy of that moment–the Island did not want Alex killed, so it moved to banish Widmore. Ben, serving the Island’s will, is then on his way to becoming leader. Let’s think long-term, though. Because of Ben’s actions that day, Widmore was banished and tried for years to get back to the Island. He finally succeeded, sort of, with his team of freighter mercenaries, who ended up killing Alex. Was this the Island’s way of telling Ben he was wrong, and that Alex and Rousseau should’ve been “exterminated” that fateful night? 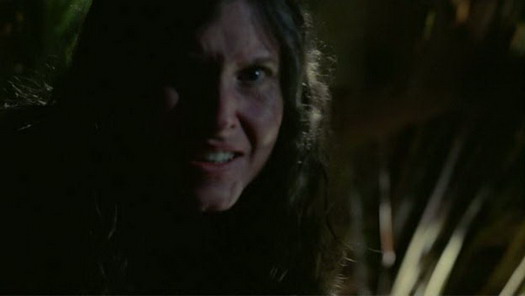 Based on the outcome of Ben’s judgment in the Temple’s basement, that may very well be the case.